'Battlescale' buildings and this weeks output.

This weeks ECW output is two foot regiments (grey and dark red), a regiment of horse and two command bases. In addition I painted and based the 5 half timbered buildings by 'Battlescale', really nice resin models that work well with 15mm figures in my opinion.

I'm planning a run through of the Forlorn Hope rules within the next few weeks to get a feel again for them. So far the five regiments of foot that I have completed are all of 24 figures plus the command strip, I really need to paint some smaller units, I'm thinking 6 pikes and 12 muskets next. FH uses 10 sided dice, something I don't have in my extensive dice collection so I have ordered some from eBay.

From this week things will slow down a bit as I'm going to be painting other stuff for Graham and John. To be honest painting ECW infantry can get a little repetitive and I don't want to burn myself out on these. Saying that I still plan a unit of foot and a unit of horse each week! 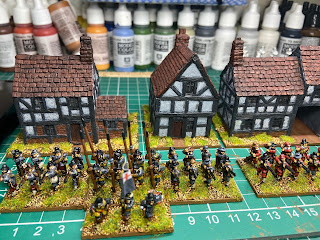 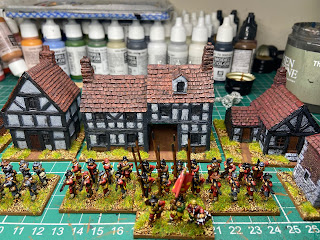 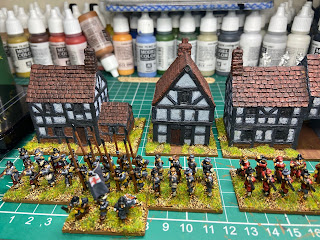 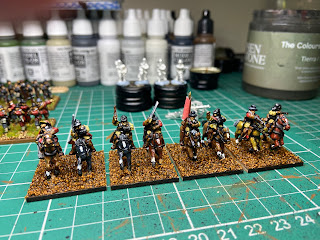 Below: the command bases will be 1 mounted and 1 foot figure. I love the 'General Coaker' foot figure (left holding hat) which was a little freebie from PP with my initial big order. (photo pre satin varnish). 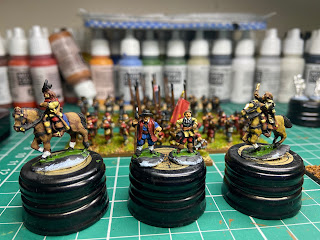 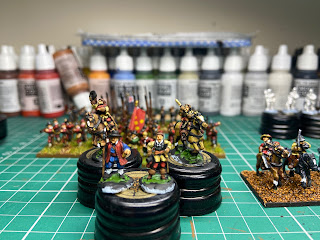 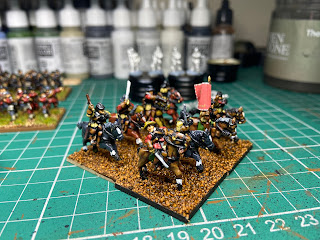 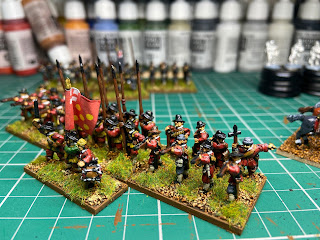 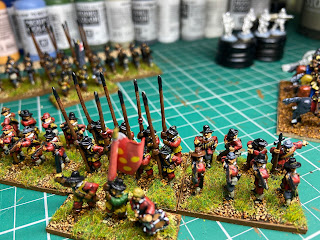 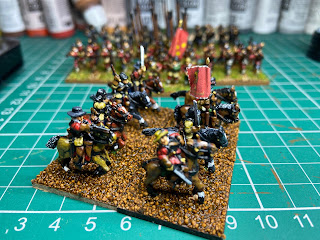 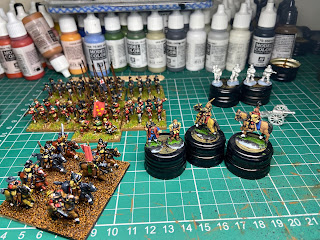 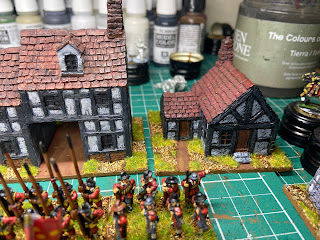 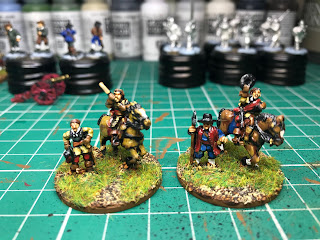 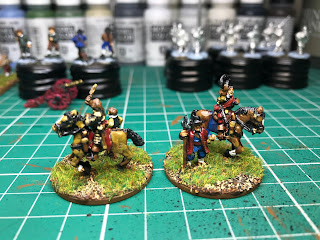