Spending a bit more time back at the painting desk now. The Pigs are a pleasure to paint and of course ECW's are a fair bit easier and faster than  Napoleonics for example, having basic coat and breeches mostly in a single colour as issued, stockings and some kind of hat!

Under Forlorn Hope army lists the of 'West Country' forces comprise quite small units with the Foot being between 16 and 20 figures with many units fielding just a 1:1 ratio of pike to shot. Horse are 5 to 8 figures strong. I only checked this after painting the first two units at 24 figures strong so they will stay as they are and I will reduce future units accordingly. With two foot and one horse completed I'll be doing two foot units next of 18 figures (plus the 3 command). The smaller size of the units will suit well my smaller space idea of using just a 4 x 3 table eventually.

Martin at PP produces many head packs for all periods so I bought a couple - 'Puritan hats' and 'Morion helmet' - and followed the simple instructions to twist off with pliers, drill a hole to create a neck cavity and pop in a replacement head. Worked a treat on the standard drummer in Monmouth cap which I replaced with a Puritan hat. I'll do more of course, replacing the pike 'soft hat' figures with helmets, one thing learned from SK days is that when fighting in the pike block a steel helmet is an essential item, especially when worn with a thick reproduction Monmouth underneath for padding. 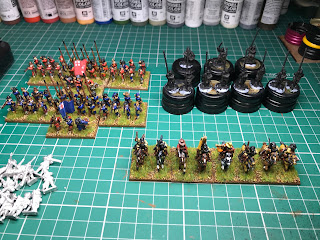 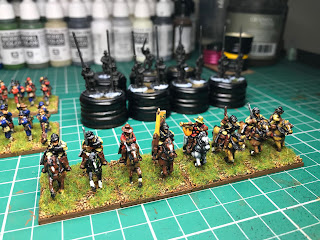 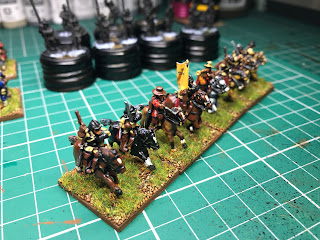 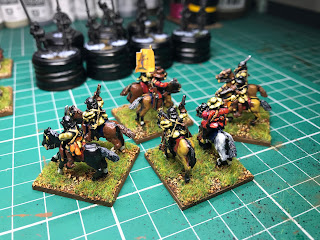 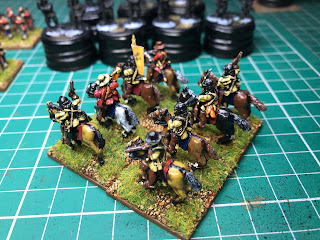 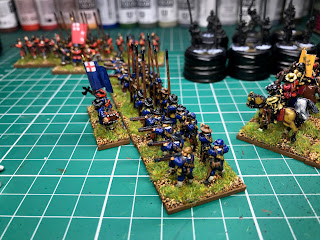 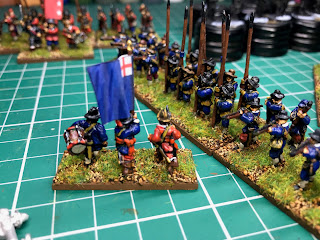 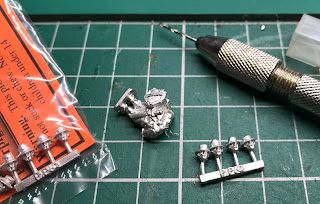 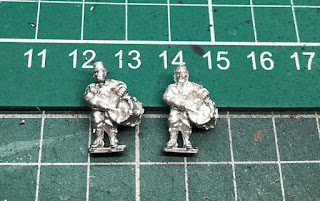