This about adds up to a 12/13 point Prussian 1813 army with the addition this week of the artillery, command base, landwehr light cavalry and regular heavy cavalry, plus jagers and another landwehr infantry unit. In the pipeline on order from Eureka are reservists (in short British supplied jackets), Hussars and the baggage piece. Also on order are some Bavarian allies for the 1813 French force.

Can't do much more until the orders arrive so it's back to John's WSS meantime, just wanted to get the Prussians up and running. Hope to get them on the card table over the weekend for my first 1813 game.

Current total is close to 800 painted figures now, and looking back at my Eureka online account I see I only placed the first order early April so pretty good going.

Photos: so much blue! I really need a change now for a couple of weeks. 107 AB figures painted over 2 weeks in January. 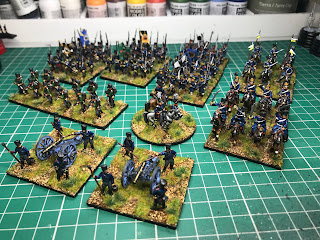 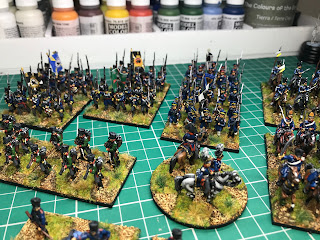 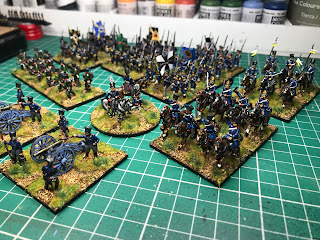 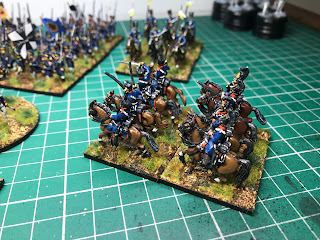 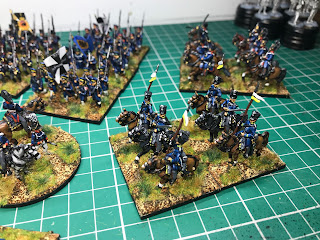 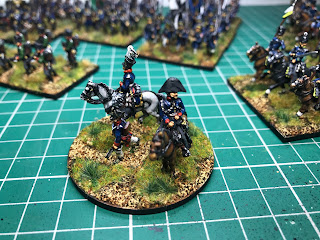 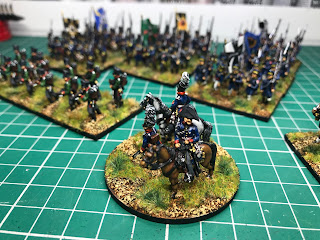 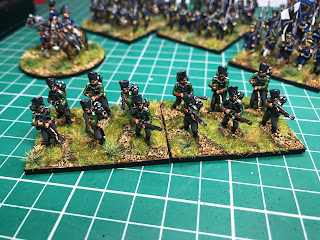 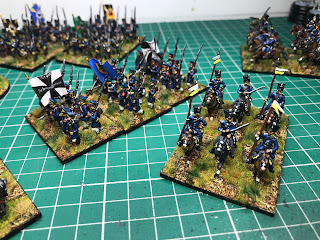 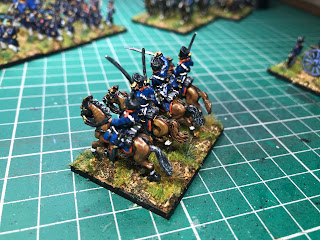 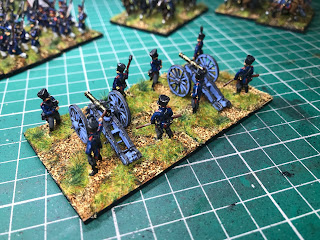