Happy New Year to you all.

I'm gearing up for another years painting, finishing off a few more AB Spanish Grenadiers to complete a full 12 point DBN army. Having painted next to nothing for 3 weeks this last week since Christmas has seen a bit of a return of the mojo, the Grenadiers will complete a total of 50 figures painted and based plus the Spanish baggage base which will be painted tomorrow. First time in probably 30 years we have not had our family New Years dinner, so I'm sipping a large G&T whilst working on the Grenadiers.

With the lack of natural light this time of year I decided to add a second lamp and what a difference it has made! being an orderly chap it had to be the same model as the first so they sit neatly side by side and both are on the same light setting, a mix of blue and white, which I prefer.

From Monday I will return to some commission painting for Old John and Gerry ( who purchased the 6mm WSS army painted earlier this year and wants to add more bases). The much improved lighting will make a big difference to the 6mm painting. I have invested in several more Army Painter brushes which I have recently taken a liking to, the finest being the aptly named 'Psycho' perfect for fine detail work.

Next post will feature a Spanish v French Peninsular DBN battle on the folding card table, 12 points per side, in the meantime I raise a glass to you all and a much better 2021 on the hobby front.

Oh, and the desk will be back in the lounge tomorrow when the tree comes down :) 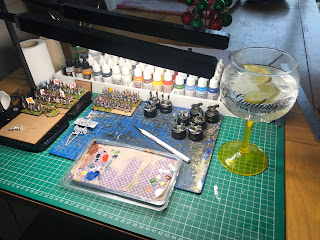 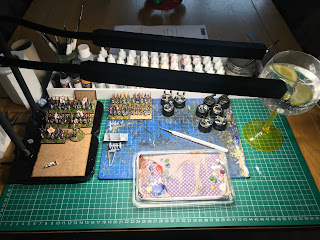 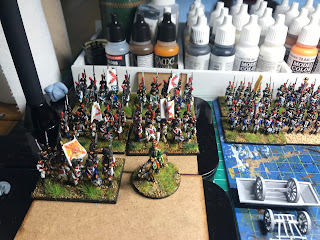 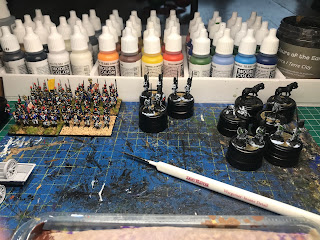 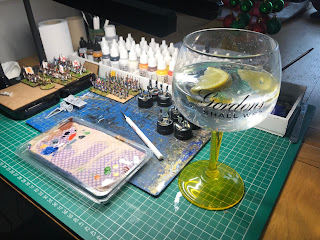 (Please note: I have removed the Warlord ACW post with apologies to those who commented. The set will not be released until end of February 2021 and I will probably start a separate blog for the project. Meantime I hope to grab a copy of the magazine with the freebie sprue this coming week)