As we move into September it's hard to believe that I have been painting 18mm Napoleonics for over 6 months now, it has certainly flown by and kept me fully occupied during the pandemic and it's enforced periods of staying indoors. I can't imagine what it would have been like without our hobby. I have amassed in excess of 500 painted figures now with another couple of hundred AB's in my growing lead pile, which includes a full Prussian 1813 army for DBN. As I'm planning my next DBN game and wanted to field an Anglo Portuguese army for it I added a third battalion and a field gun from my stash. I'm now just going to add a couple of 50mm circular command bases and that's it for a while, I'll take a break. I'm now ready to catch up with some painting for my very patient friend John C.

I wanted to clear the decks a bit and give myself a bit more space to work so I knocked up the paint holder tray that you see below from 5mm foamboard, simply cut and superglued together. This shallow tray replaces my trusty old wooden box that has served me for many years and was showing it's age a bit, so the box now houses all of my scenic scatters etc. As you can see I do like to be organised and tidy when I paint, unlike some of you chaps with your bottles of paint all over the place! The new tray holds 80 + bottles of Vallejo paint with spares and odds in the drawer below, I'm rather pleased with it considering it took me all of half hour to make. The result is far more room and a less cluttered feel.

Photo's show the new tray and the Portuguese, (I guess a Division in DBN but I can't help think in terms of battalions). I really like the casual 'order arms' pose of these guys. I continue to marvel at the quality of the AB sculpts, just look at the Officer of the Imperial Guard figure below, you would be forgiven for thinking he's a 28mm casting, it captures the confidence and attitude of the subject, he will be going on the French command base with the two mounted generals. 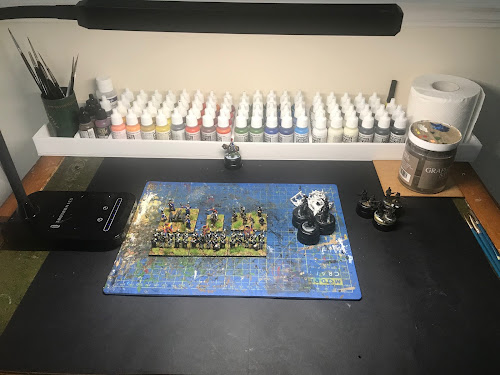 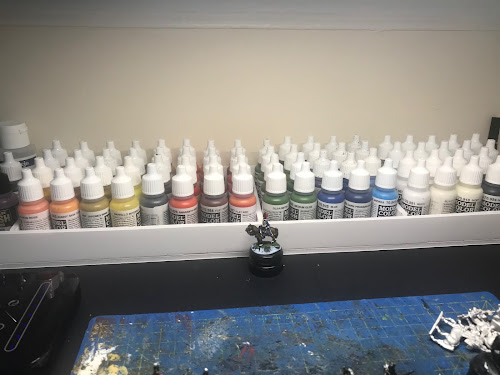 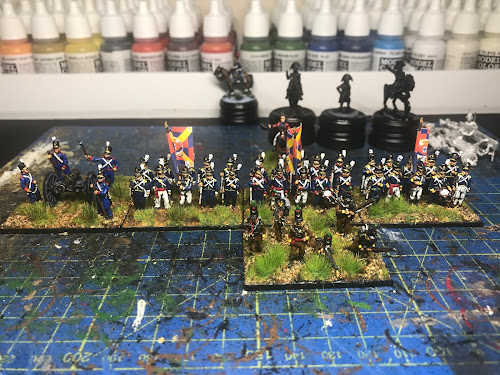 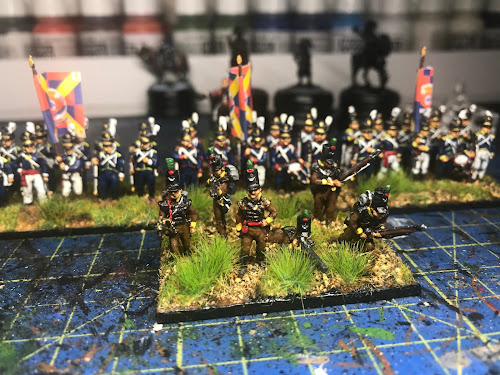 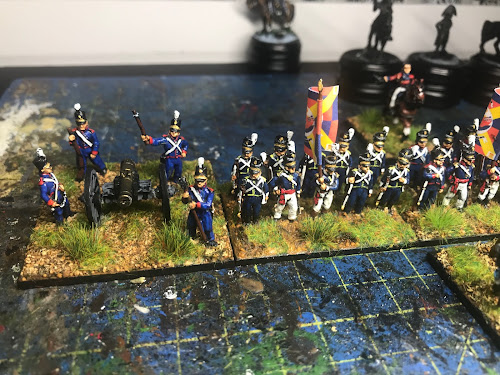 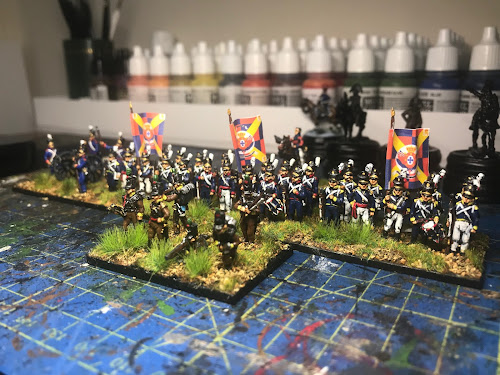 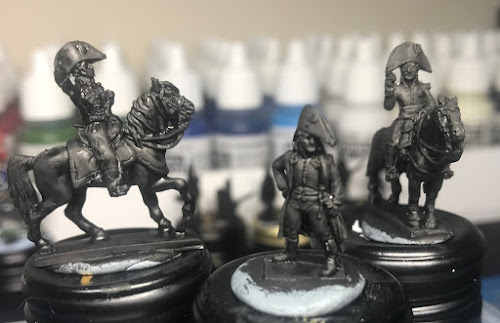