I knocked up these two little command bases of lovely AB figures. I do like circular command bases and 50mm allows for that extra foot figure to add a bit of character to the base. The casually posed British officer just one variant of the Peninsular British officer code, there are at least a dozen. I'm amazed that this vast range is still sold individually rather than multi packs which is useful when planning 10 figure infantry or 3/4 figure cavalry bases. I have to say that the Eureka UK service is excellent with my regular orders being posted out on average within a couple of days, and given the huge demand for these figures that's quite an achievement.

With my 18mm phase I pretty much completed I have turned my attention to painting more 20mm figures for Old John. I painted these four Danish Cuirassiers (Lancer Miniatures) yesterday and have eight Les Higgins infantry next up which are Johns own conversions. The photos don't quite show the contrast between the blue-grey uniforms and the purple cuffs and turnbacks, which I think is due to the satin varnish and poor light.

As another DBN game is on the cards I ordered a pack of medium sized terrain templates from Tony Barr as those I have are far too big for the game. I'm also thinking about investing in some better quality road sections and generally giving the terrain a bit of a make over. 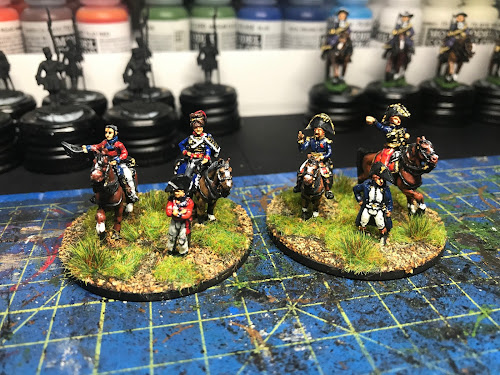 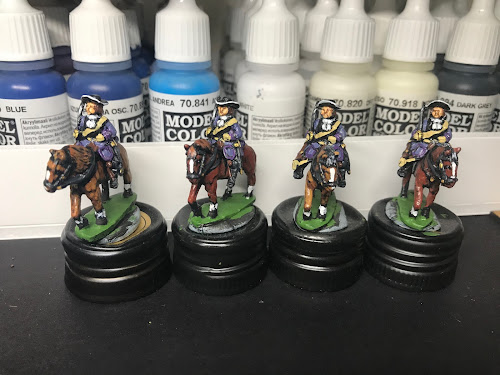 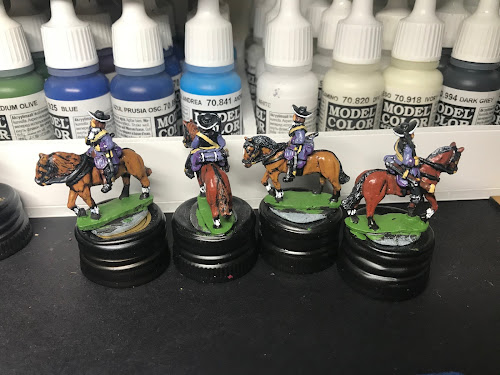 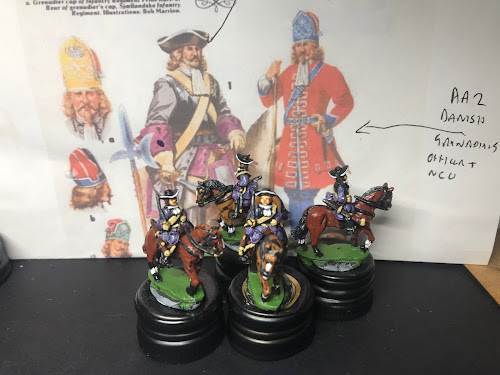