So another 10 days have flown by and more figures have been painted. I'm keen to keep Covid and politics away from my blog as much as possible and just focus on my love of model soldiers, but suffice to say as one who has followed daily politics for at least three decades the current situation is causing me much anxiety and has certainly depressed my mood. Good thing is that I get to spend a lot of time focusing on my painting and I try to get something finished each day which helps my motivation.

The 18mm Napoleonic collection has - rather like the virus - grown exponentially recently and all three drawers of my storage unit are now stuffed full. Whilst I have no intention of stopping painting Napoleonics -after all I have a full Prussian army and most of the Imperial Guard still to paint - I have been casting around to see if anything else takes my fancy as a little side project.

10 days on from the last post here I have quite a few newly painted bits to show on 18mm and 20mm scales. The box of 20mm figures for Old John is now finished and John is preparing another box for me. Meantime I have some 6mm WSS units to paint for Gerry, who purchased my 6mm collection several months ago when I made the switch to 18mm. Having a fair stash of unpainted Baccus WSS figures I offered to paint them for him and he has been extremely patient while I have been bashing away at the 18mm's so with the decks now clear I'll be getting into production on them next week. I don't want to start on my Prussians yet, they will be my Winter project.

So, we have a base of 10 Marines of the Guard, a base of 3 French hussars (wearing the pellise which makes a nice change), a base of 4 Horse Grenadiers of the Guard, General Dorsenne, 3 British Generals and an additional base of 4 British Dragoons featuring a couple wearing watering caps. For John this week I painted 6 Les Higgins French artillery plus mortars, 4 French cavalry and 2 lovely Minifigs Danish Grenadiers. I remarked to John how nice the sculpts were on these figures and they were an absolute joy to paint and I'm really pleased how they turned out.

I plan to do something with terrain over the next couple of weeks, as while I do like the plain green cloth covered table I think I would also like something a bit more textured, only on a modest 4 x 3 scale, but a bit more realistic maybe. 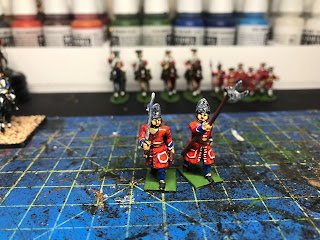 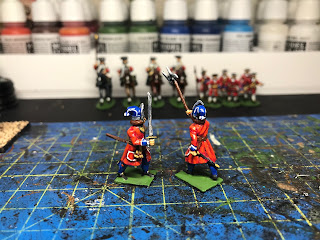 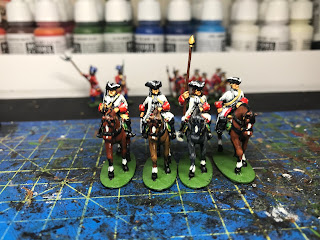 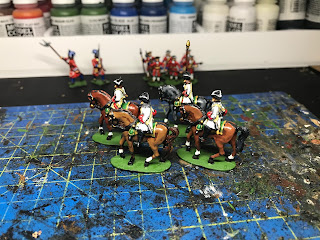 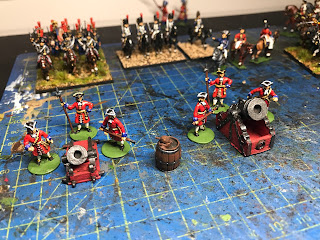 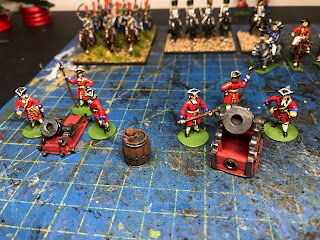 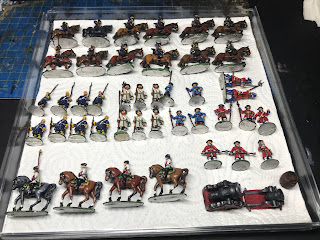 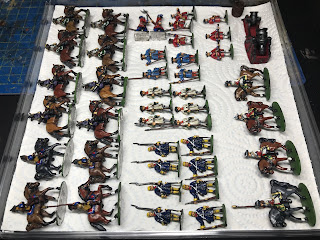 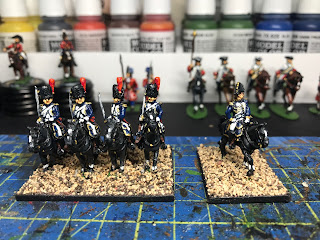 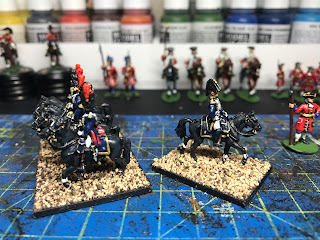 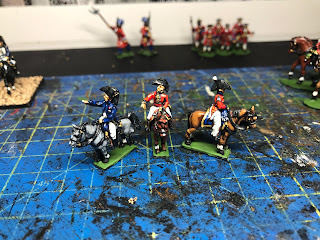 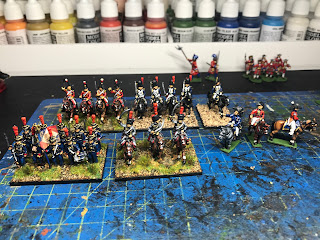 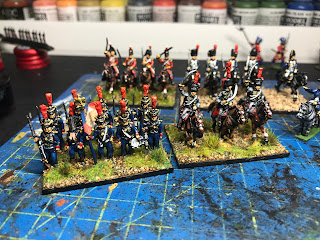 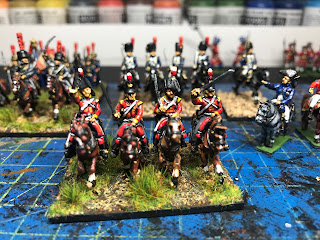 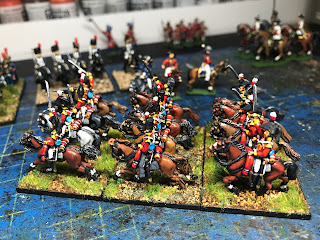 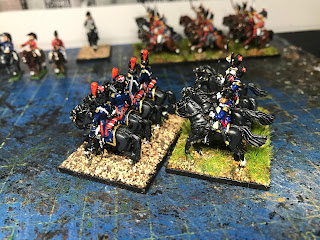