More for John and another DBN game.

Some progress on Old John's 20mm figures and another run through of DBN on the card table. French v British, attack columns v line defending a ridge. I was really just working through the scenario and the mechanics. British line firing as 'elites' (+1), French columns getting the same bonus in melee combat. My main reservation remains the fire and melee combat dice off (1D6 each side added to the basic factors with very few modifiers) and the CAP roll generating between 1 and 6 CAP's which just seems to be such a random result. Still, I'm sticking with it for now. 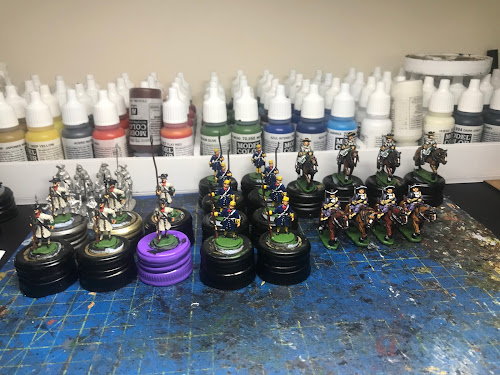 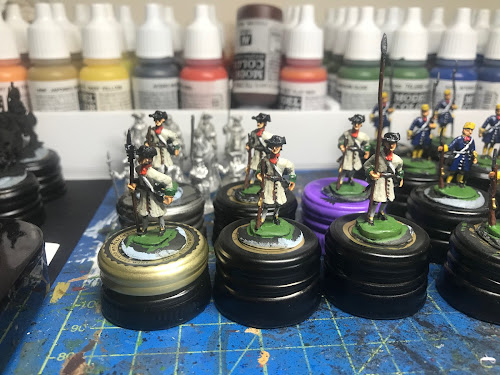 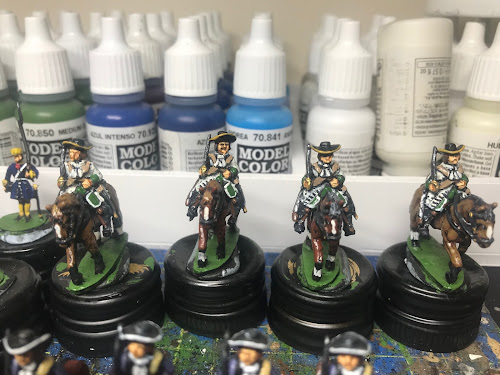 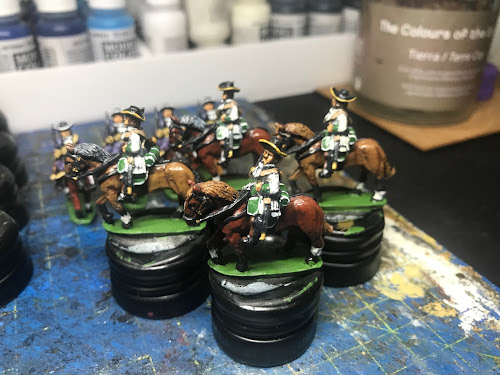 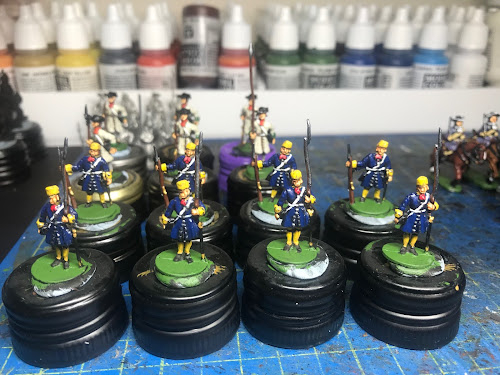 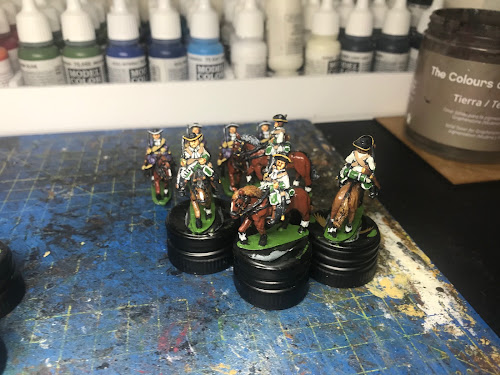 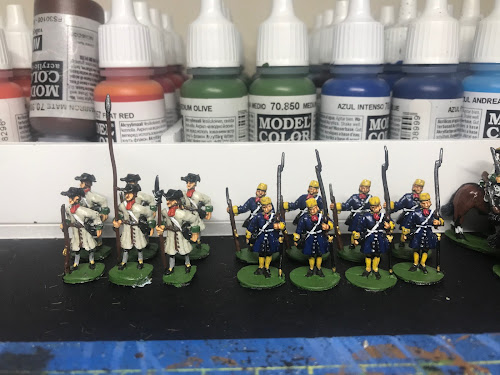 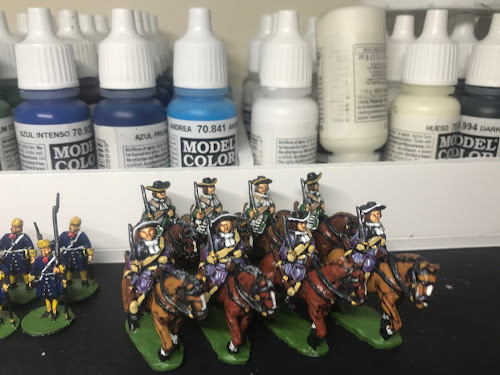 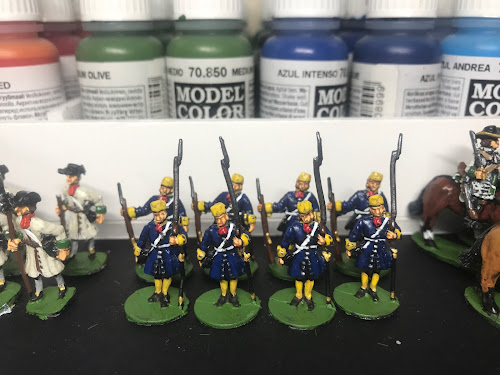 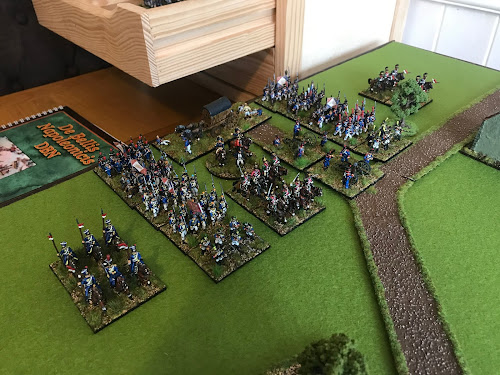 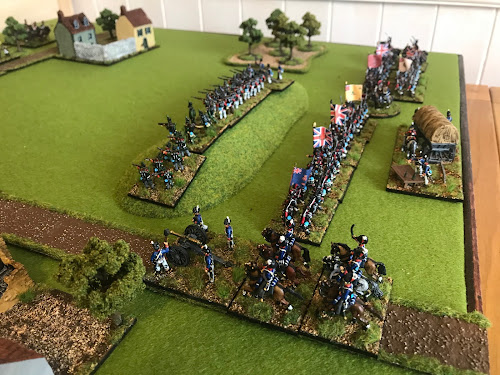 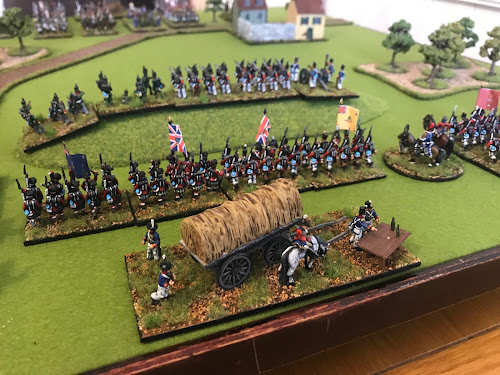 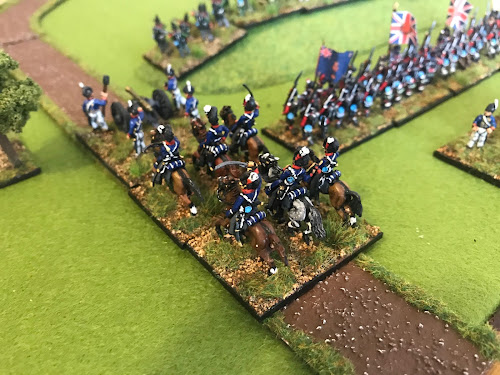 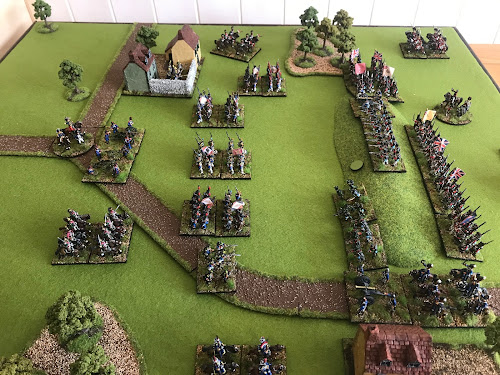 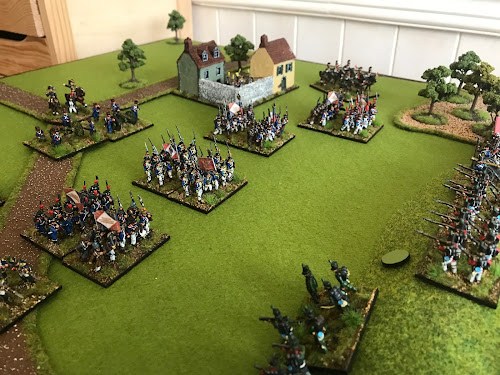 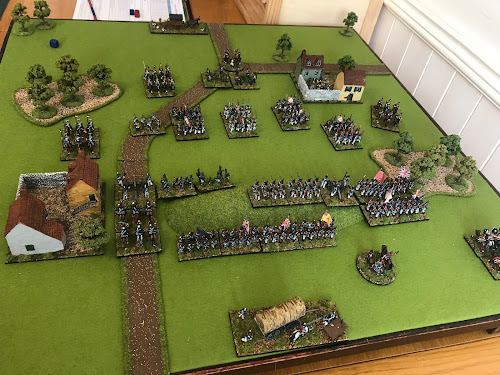 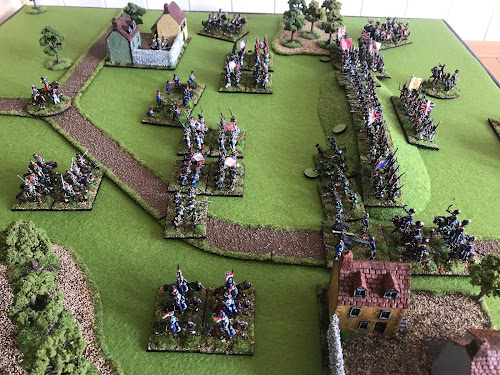 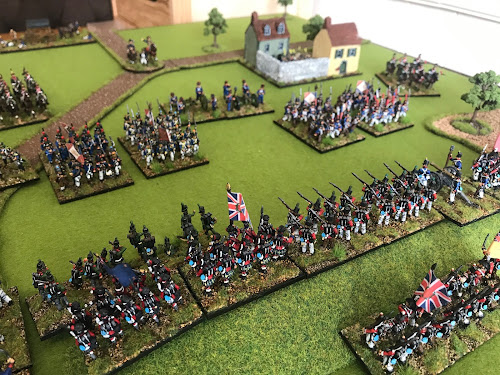