This morning I got the first chance to take a proper good look in the boxes at my 40mm figures following their long - and at times rather bumpy - car journey back from Spain. Not so much as a bent or broken bayonet, every base remains glued down to the bottom of the boxes and the next job will be to gently remove them and give the bottom of each base a rub down with sandpaper to remove any remaining dried glue. I used PVA glue and only a single small blob per base so that they could be removed without damage.

I think that it has done me good to have them packed away for a while because peering into those boxes again reminded me of how much I value the big chunky figures. The Royal Marines are now back on the painting table and I reckon it will take me about another three weeks to complete the 24 figure unit.

I have quite a few ideas buzzing around my head at the moment with regards as to how I could get a small game up and running on a 6 x 4 table, I'm waiting to see how the new terrain ordered from Simon at S&A scenics will measure up, given that many 28mm figures these days stand at around 30mm and that my S&S/Perry 40's are closer to 37mm foot to eye level I have a feeling that it might work. The buildings featured in the previous post also given me an idea, but I'll get to that in a later post.

RHA Rocket battery.
I'm giving a lot of thought now to the building of the rocket launchers for my RHA base. This will be a scratch building project and as such I'm going for a the simpler type of launcher rather than the wheeled frame with ladder. I did consider milk bottles, as suggested by Tony (of course!) but think I need launchers. I saw a clever image recently featuring a rocket leaving the launcher, in mid flight, what appeared to be a pipe cleaner formed the swirling smoke trail and supported the rocket, very good indeed and something I will look into further for my base. Graham now has the files and and it won't be long before my modest ambition to add RHA to my collection becomes a reality. Next step is to get some brass rod in various sizes ordered up along with a tube of Green Stuff. First time I have actually seen one of the 3D files and I'm still amazed at the technology, I have been revolving the images to view from different angles whilst chuckling like a deranged person to myself, it's quite mad. Screenshots of the revised officer pose and gunner loading rocket. 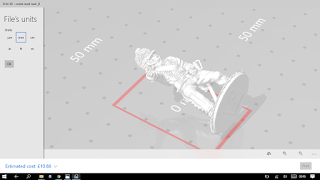 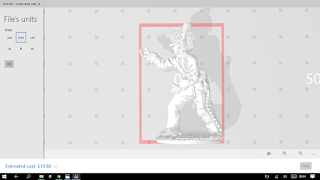 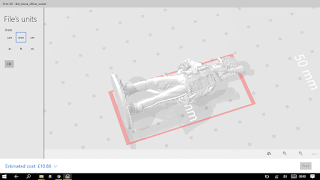 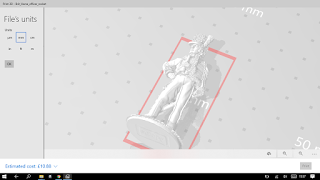