For the last two days I have been suffering from a painfully stiff shoulder that has been preventing me from sleeping properly through the night. Possibly it's a result of my struggling to cut out thin plywood sheet with a blunt knife blade a few days ago as I can't think of anything else that might have caused it, I know my arm was aching at the time. However, it's been worth the pain as I'm really getting into this house building business now and have moved onto the first of the town houses, the church being essentially finished save for the tiling of the roof once I find the best method of doing this.

Pictures taken this morning with more figures to show scale, I think just about right, any smaller and the cavalry would have looked wrong alongside. I should have slightly reduced the height of the first house against the chapel maybe, but can't do much now so I'll run with it. Second house ready to cut out later today and I'll vary the style a bit. Doors require painting and all windows need card frames fitted next, then to tone down the stonework/render, wish I had an airbrush for that.

I think the tiling will now need to be laid from individual semi circular overlapped tiles, that's going to be a real labour of love! More to follow.

News on the RHA crew from Ian, he should collect the first full printed set from Graham on Sunday, very slightly reduced in height to better match S&S/Perry 40mm's. More printed sets hopefully the following week, this is very exciting news.

We also finally have an offer on our house this morning, hopefully we can finalise the deal today. Very nice Swiss couple returned for second viewing yesterday. We also have a Dutch couple booked in for the morning if negotiations go pear shaped but fingers crossed. Not a British buyer to seen apparently and any mention of Brexit has our fellow Europeans falling about with laughter, what a mess! 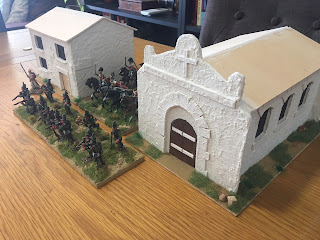 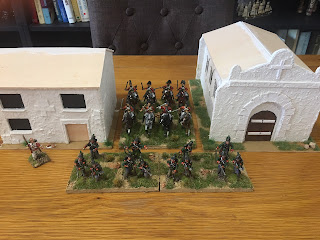 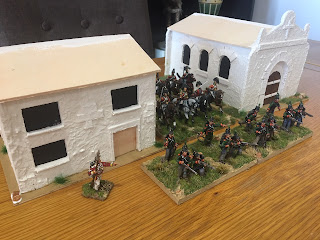 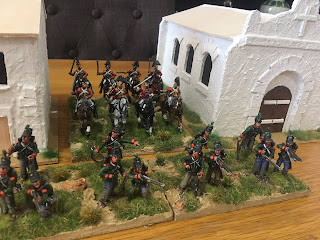