It's been a busy week all round here what with taking the grand children out and taking the car for it's ITV (MOT), plus engaging another agent to sell the house, but still got a bit of painting done.

The ITV was an interesting experience, unlike in the UK where one simply drops the car off for an hour, here in Spain it's a far more interactive experience. Here the ITV centres are not independent testing centres but regional centres where they are able to work on  8 to 12 vehicles at a time. You remain in the car, following the testers instructions as you progress through the various stages beginning with the emissions test. The tester tells you when to rev the engine and where to hold the revs, slightly confusing due to the language limitations on both sides but we got through it OK. You then drive onto the next stage - brakes and steering - as another vehicle enters the emissions test area behind you. At this point you get out and move to a viewing platform along the side of the bays and you follow along through the stages to the inspection pit before being asked to park the car and go into the office for the result. It's like a social occasion for the Spanish with groups gathering in the smoking area along with testers having a quick fag between jobs, (imagine that in the UK), where there is much lively discussion and plenty of gesturing in true Spanish style. The office presents you with a dated yellow windscreen sticker and stamps the ITV card and you're done. Took a couple of hours from arriving to leaving but it's done for a couple more years.

Anyway, this week has seen the painting of the 12pdr gun to bring the French battery up to 3 models. It's a lovely little kit to assemble, lots of bits and bobs on metal sprues to stick on and the result is another large weighty lump of metal with plenty of detail. The centre base is the one I painted to add to the original two guns and crews that came from Andy C. Overall not a bad match I think.

95th Rifles - due to a slight admin error at OG UK HQ I was only sent a single bag of rifles plus the command pack, I did receive a bag of 40mm Dark Ages figures by mistake which are being returned. No worries at all, for the time being here is one base of Chosen Men including the fine Sharpe and Harper castings. The sculptor Chris at Sash & Sabre has certainly caught the likeness of both characters, not an easy thing to do in the small scale, a testimony to his skill. Could not resist sending a couple of pics to Facebook friend Darrah O'Malley! 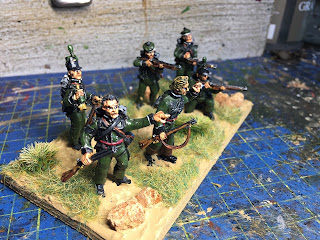 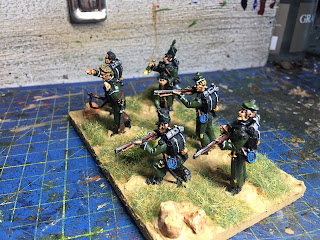 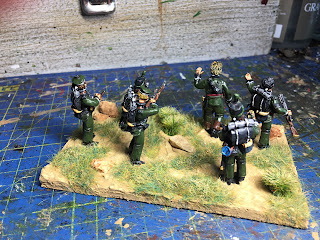 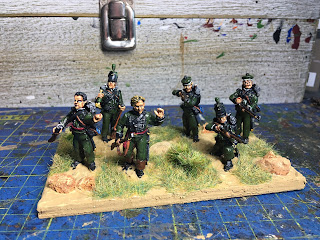 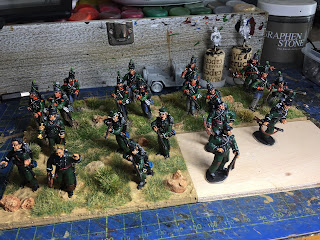 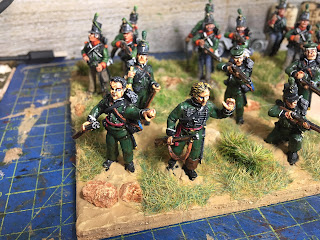 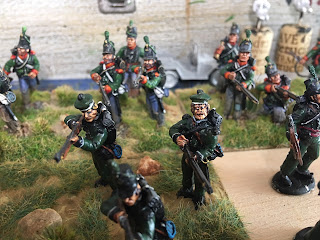 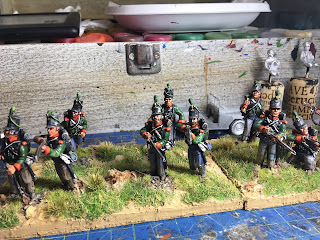 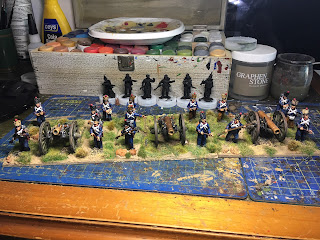 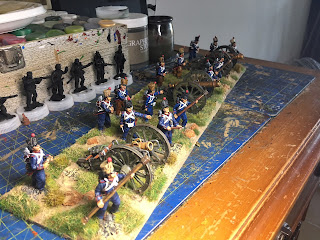 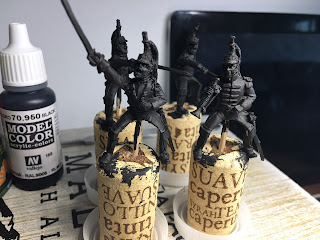