I knew from the start that I would eventually want to add cuirassiers to my collection and 18 months on from starting my 40mm project here they are. After a lot of head scratching I decided to go with thin black card rather than wine cap foil for the reason that I was worried about scratching the paintwork. The card was cut into thin strips and carefully attached with a tiny blob of superglue, once dry they were given a thick coat of matt black paint. I don't think they look too bad at all and this had made me think about adding rein extensions to my British light dragoons as the reins don't reach the hands and it has bothered me for some time now.

Things will slow down here for a while now as I focus on painting winter Soviets for my Bolt Action project. I do have a battalion of British Marines in the pipeline, plus of course the Royal Horse Artillery crews and guns in due course. You can see printed examples of the full crew on Grahams blog at right. 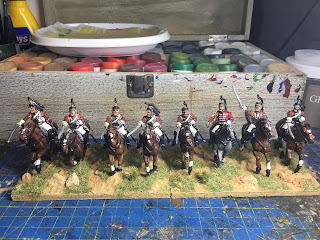 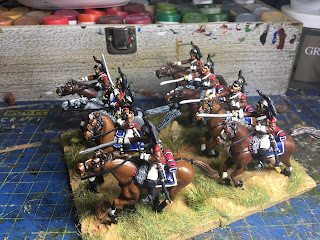 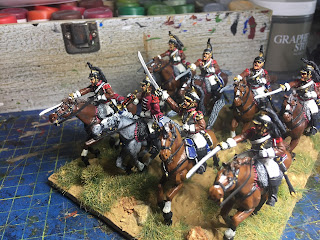 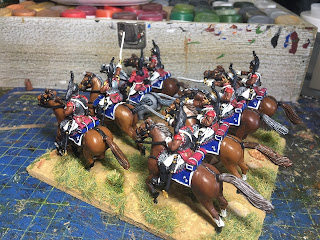 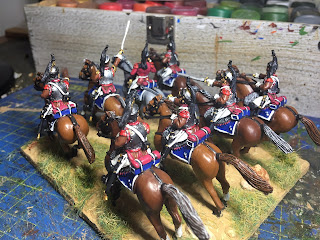 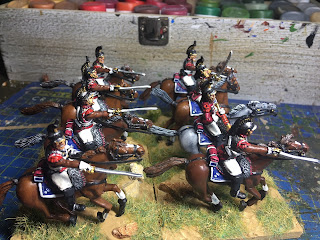 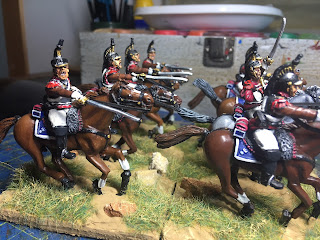 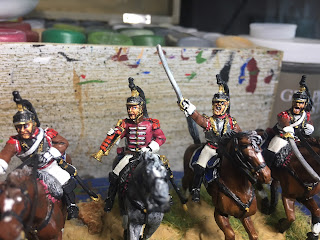