I have to admit that I'm really enjoying painting these 15mm figures right now, I can't seem to stop! I think it's the fact that I can knock out 4 to 8 figures in a day, in a couple of sessions fitted around other stuff that needs to be done. Having completed the second 'unit' of French Dragoons - four blocks/figures - I decided to paint some command figures, 3 French and 2 Brits to begin with. There is something about painting 15mm horses that I enjoy, I find it much, much easier to paint convincing horseflesh in 15mm and of course it's very quick to do compared to the 40mm's. So a few close ups of stuff painted over the last few days are in order I think, and whilst intended as playing pieces (tokens?) for the C&C board, I wanted them to look kind of, well, nice. I'm considering a gloss finish for them and still thinking about the basing style, I'm now thinking that I like the plain green figure base/washer finish as opposed to the flocked style I experimented with at the start, I think it's more toy soldier like.

Artillery are now on the desk, 3 crew/blocks per gun, starting with a couple of Royal Artillery pieces. I'm very close now to trying out the first of the One Hour Wargame scenarios on the C&C board with tweaked rules, of which more anon. I hope to get the first game played and written up before we head off to Amsterdam on Wednesday for a few days to celebrate Shaz's birthday. I think I'm going to feel the cold there as used to the milder temperatures now, but very much looking forward to it. 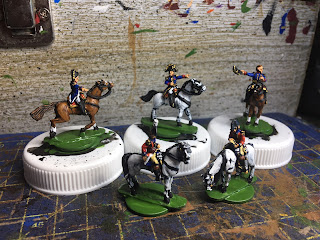 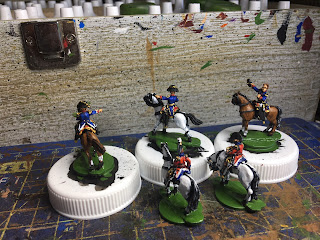 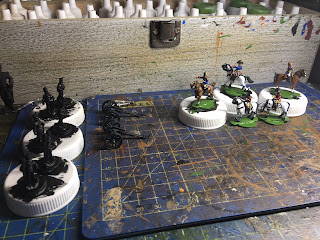 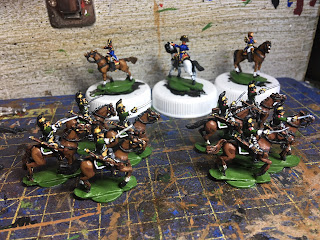 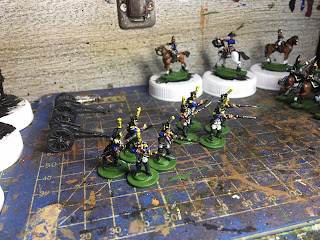 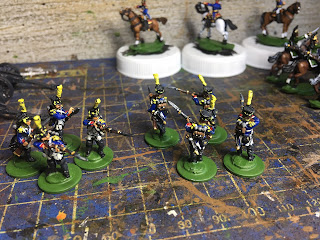