I seem to be settling into a pattern of weekly updates here, showing the various bits and pieces that I'm currently working on. I'm still waiting on the additional TSS terrain boards and hill sections, but once I have them I'm going to roll out the T34's for a 'Barbarossa' themed game, large scale tank action using of course Flames of War rules. I'm pretty well up to speed with them again, still getting to grips with the infantry assault phases, but it's getting there!

I mentioned in my last post that I still had a few of the Battlefront aircraft models to paint, and where possible this week - it's been busy on the Home Front - I have been painting, adding decals and producing more of the 'sparkler wire' flight stands. So to date I now have seven of the models finished, I just like them as a collection but they all have a role to play in FoW. I still intend to add a few more, but at a later date. Some are getting harder to find, the Typhoon for example I spent weeks searching for on eBay before one came up at a slightly inflated price. The air attack phase allows for the possibility of both fighter interception and anti aircraft fire, so if your aircraft does come in there is a fair chance it may be shot down before it can get it's rockets off, all part of the fun of FoW.

Left to right they are: Rudel's Junkers Ju87 or 'Stuka', Illyushin II-2  'Sturmovik', Hawker Hurricane, Hawker Typhoon (hand painted Invasion Stripes took some patience), Henschell Hs129. ME262, and finally a Lockheed Lightning P38 (US 2nd Armored list). They are really only markers, but do look nice hovering above the terrain.

Aside from the aircraft I also managed to finish the two 'Moaning Minnies' multiple rocket launchers and command base. These are Peter Pig models and were purchased with the gift vouchers I won recently from the Mad Tin Hatter blog, I used the rest to grab more PP Late War Germans.

I have also been looking into what's available on the Early War front, I'm torn between PP and Forged in Battle, but the two can be mixed with no problems. I really want to do a French army in those distinctive early war helmets and greatcoats, and a British army having seem the magnificent early kilted Highlanders made by FiB, so there remains much scope for future development and collection. 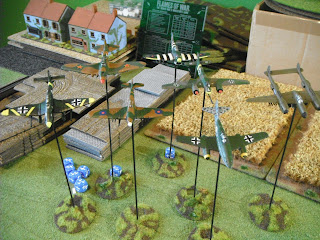 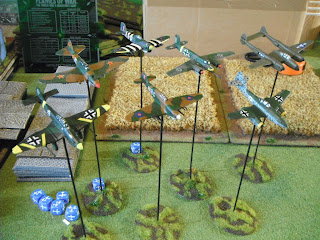 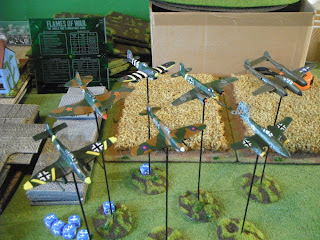 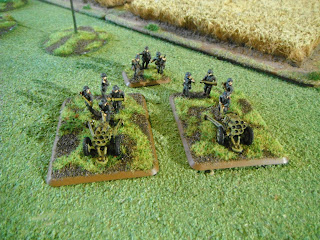 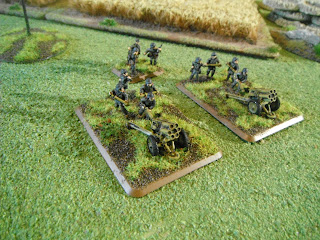 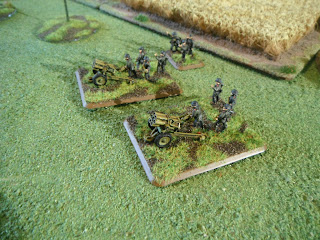