This will be the last post before Christmas so it's appropriate to wish everyone Seasons Greetings. This year seems to have flown by and been very busy, but on the hobby front I have finally settled on my game of choice and that is of course Flames of War. I have an extensive collection that will continue to grow in the New Year as I expand into early war French and British forces. I also plan to expand the 28mm French Indian War collection, possibly rebasing into more conventional larger units. I'm going to try hard to resist the urge to start anything new if I can!

I have a game to write up, Soviet Tankovy v 9th SS Panzer, and this will appear as my next post. Meantime I added this lovely little HQ objective to my Soviet force, I popped a few additional figures (actually tankriders) on the base, including the flagbearer. Five nicely painted Panthers were purchased from eBay and added to the mass of German armour I already have. They round off the Mid/Late war collection well, and in the New Year focus will be on early war model Panzers, mark 1's and 2's as I prepare for the invasion of France! 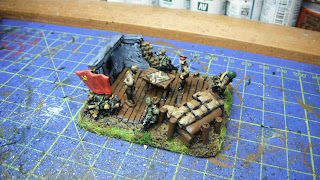 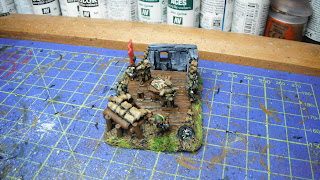 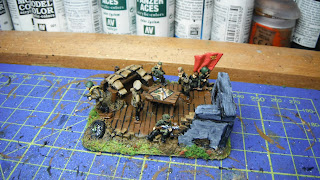 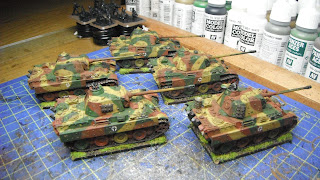 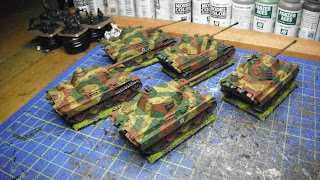 The 2nd Armored Division- 'Hell on Wheels'- dice tin has arrived so I took the opportunity to snap the tin alongside my models that represent them. I hope to give them a run out over the holiday period. 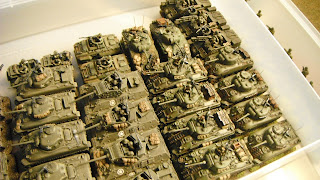 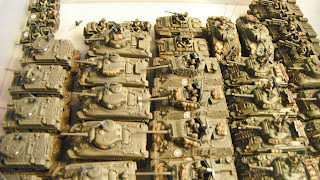 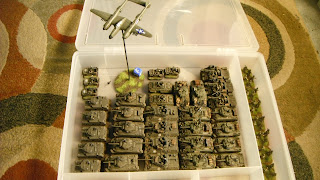 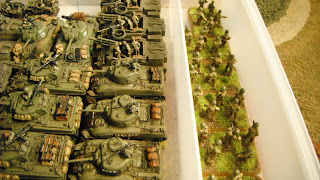 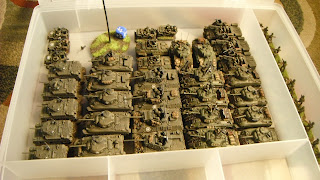 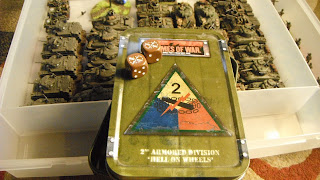 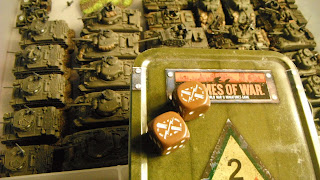 I took the decision a few weeks back to sell off all my Bolt Action stuff, I have no regrets at all as my enthusiasm for the rules took a major dip and I wanted to focus on armour based games that work better in 15mm on a 6 x 4 table. I achieved a good price and some has been re invested back into Flames of War, especially scenic items that I am really pleased with. In the New Year I'll be selling off the 28mm scale MDF buildings, British bits and Bobs, and a few other things to clear the decks a little. I also have a couple of unopened Warlord ECW 'Starter Battalia' boxes, plus a few Roman and Celt boxes to clear out via eBay as I just can't see myself using them. I hope to employ the services of John from Kingscolours to paint more Front Rank FIW figures for me in the New Year, so the sales come in handy. 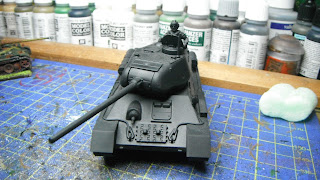 Best regards to you all, have a great Christmas and a peaceful New Year.