After my customary recent blip - "give it up, sell up, do something else" etc - I have now settled back into continuing the Napoleonic armies. It was always going to happen, because it always does, but for now I'm going to keep focused and carry on! So I cleaned up the wobbly last couple of posts and on we go.

Painting time has been at a premium with so much going on around here, family staying over, daughters all home together, their cousin back from Uni and sleeping over, Grandaughter sleeping over (when her Mother finally managed to get her off to sleep each night). Things are just beginning to settle down again.

A few late night sessions has seen a few more 15mm Essex figures painted, another Russian militia battalion and a French legere battalion. A few pics below, you can see that I added standard bearer head conversions to the militia, and for now they fly flags more accurately suited I would guess to the Moscow Opolchenie of the 1812 campaign period. The golden cross flag is from Rafas site I think ( I must add a link to my blogs list), and the icon banner was a print off which was heavily over painted for impact. The cross and staff was made from pins and superglue plus buff thread, all suitably painted gold. These units have borrowed the flags from two planned Opolchenie in long coats and fur hats, some with pikes, others with muskets.... they have promised to give them back once painted.

The caisson model was a gift from Tony (Foy) and will be put to good use as a marker possibly, whatever, it's a fine little model and well painted (as it arrived). It just had to have a little scenic base to set it off! 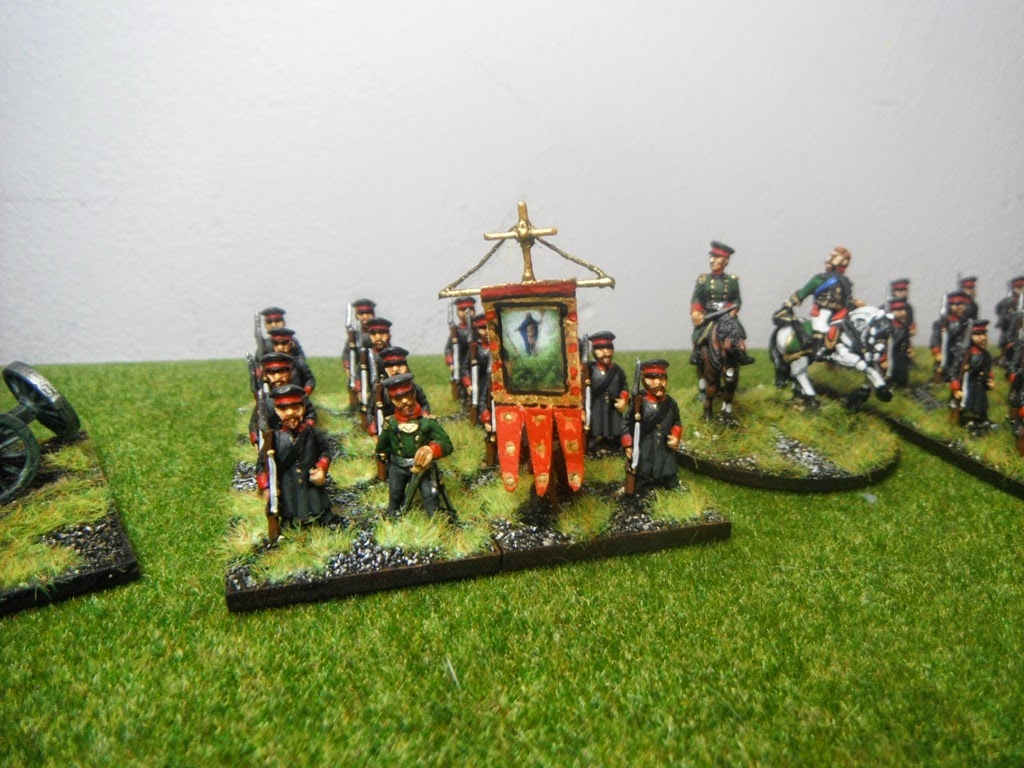 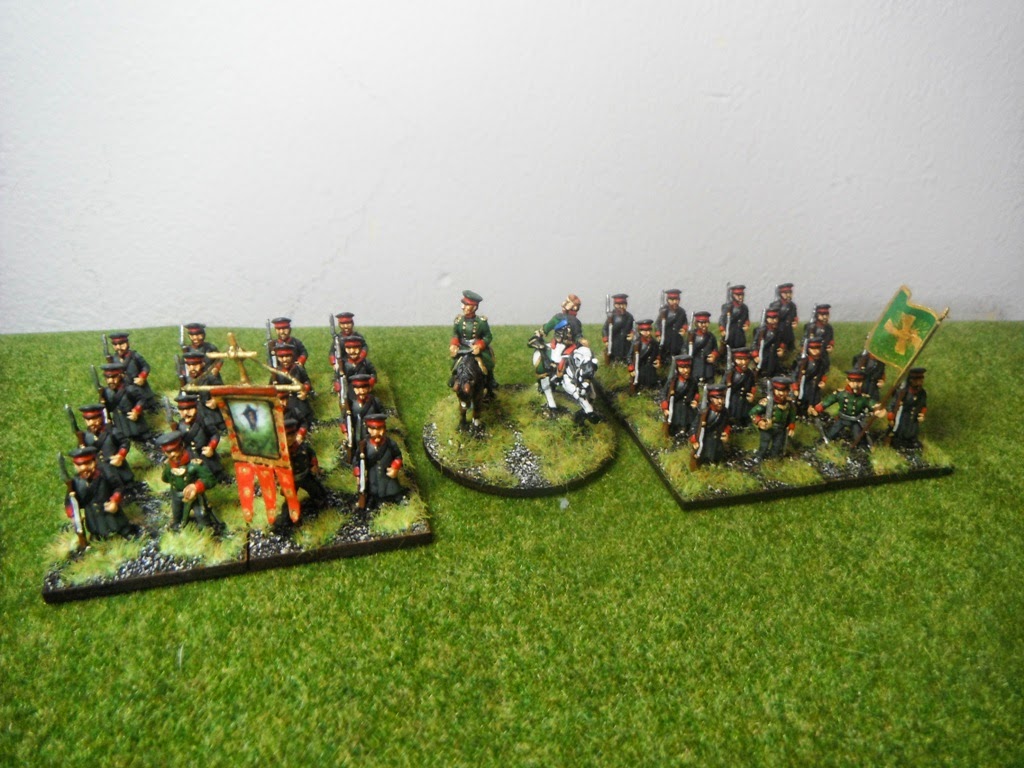 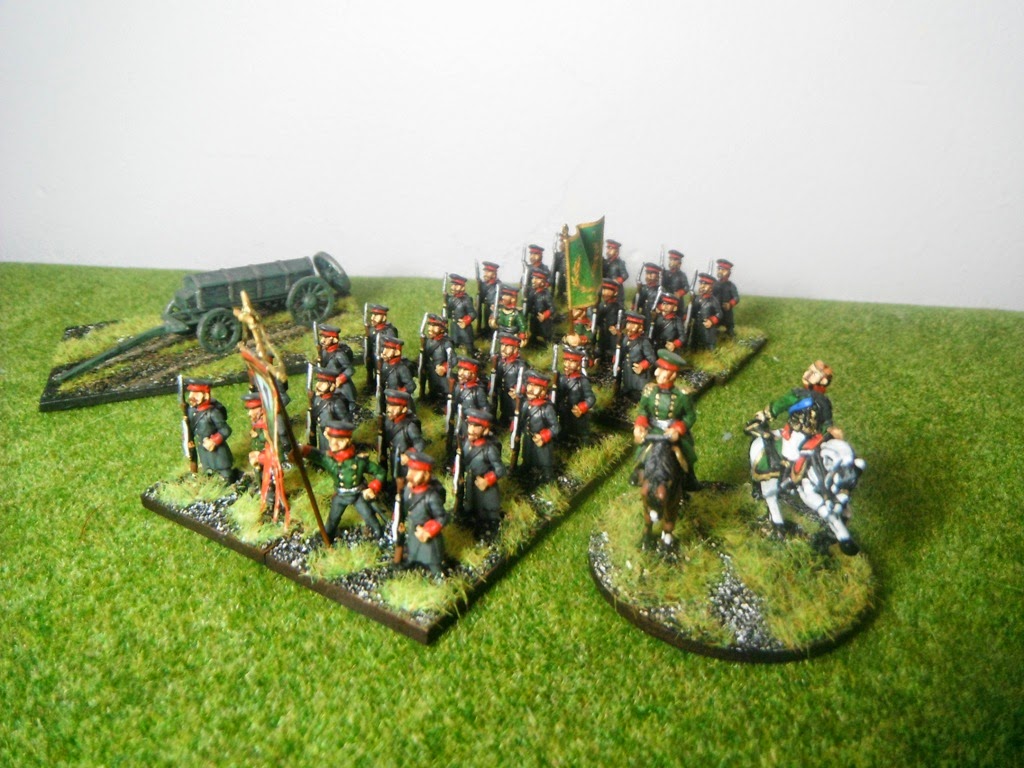 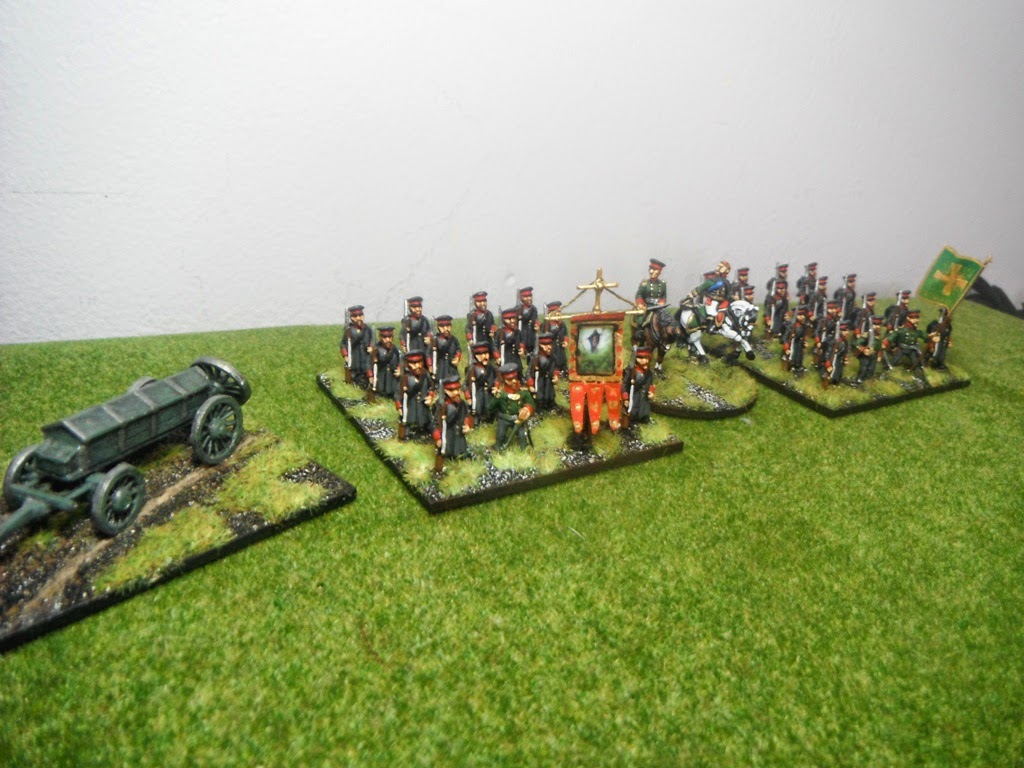 
With lots going on I have been escaping upstairs to the spare room now and then where my Commands & Colors Napoleonics board is usually left set up. A flick through the scenario booklet and Champaubert looked like an easy one to set up, and I did not realise until it was physically set up just how impossible this one must be for the Russians to get even close to winning. Still, it was fun and really fast flowing, and even though the French 5 command card hand was not the best and the Russian 4 card hand was stronger, there could be no stopping the French central onslaught. Interestingly this scenario rated all the French line infantry as conscripts so they do not get the usual +1 dice advantage over other infantry in melee. It was over quite quickly, once the French stopped to exchange musketry their additional weight and firepower told, one lucky volley routing a Russian line unit and killing its attached general. The French advanced and the centre broke, 5 to 2 Victory Points in favour of the French. 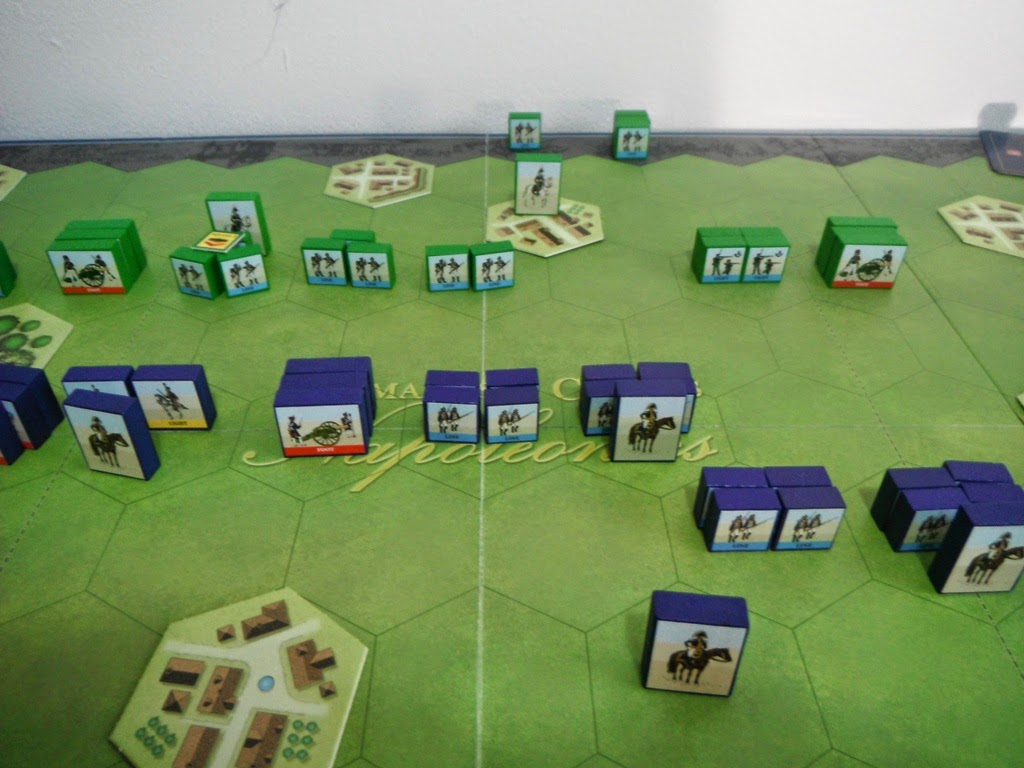 I now have the follow up scenario Montmiral - 11th Frebruary 1814 set and I'm going to creep up there in a few minutes for a few opening moves. This is a totally different proposition, the Russians are far stronger and in a great position.