First time on the pitch for these boys after several months of painting, I'm very happy with them and I think they do retain a certain 'Old school' charm these Essex Miniatures figures and I'm glad I decided to go with them again. More will certainly follow and I'll be starting on the British next.

I played this game through this morning and was surprised how familiar I am with the rules now and only rarely need to re check the book, as today with cavalry breakthrough charges, quick and easy to look up. The two sided quick reference sheets as supplied with the Spanish and Russian expansions are first class, the game rattled along. To begin with I thought I would quickly post a few set up shots here, which I hope shows the general dispositions of both armies. I had a lot of fun playing with my toy soldiers, and that was my main intention.

It's not a scenario as such just a French force ordered to attack and take the central town and defences - a Victory Point for each of the 4 hexes they can take and hold, but it's a tough proposition, those Russians are stubborn (and ignore 1 retreat flag), and there are lots of cannon.

Lighting was not great to begin with but the battle pics should be better. Back with more pics and battle report tomorrow. 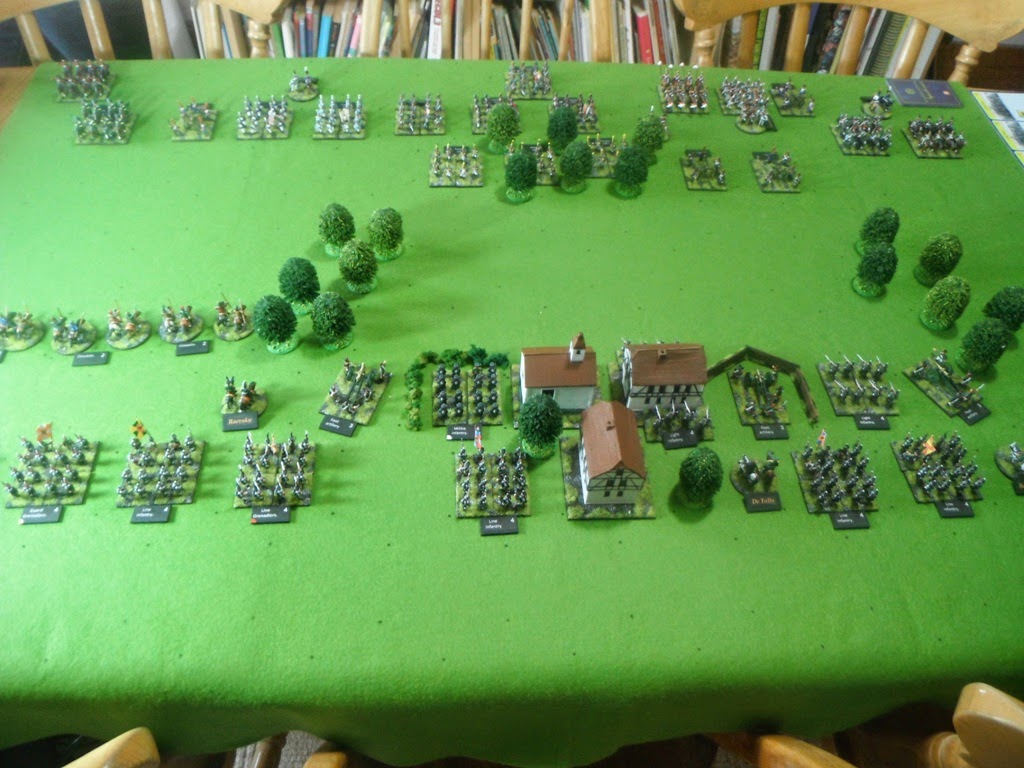 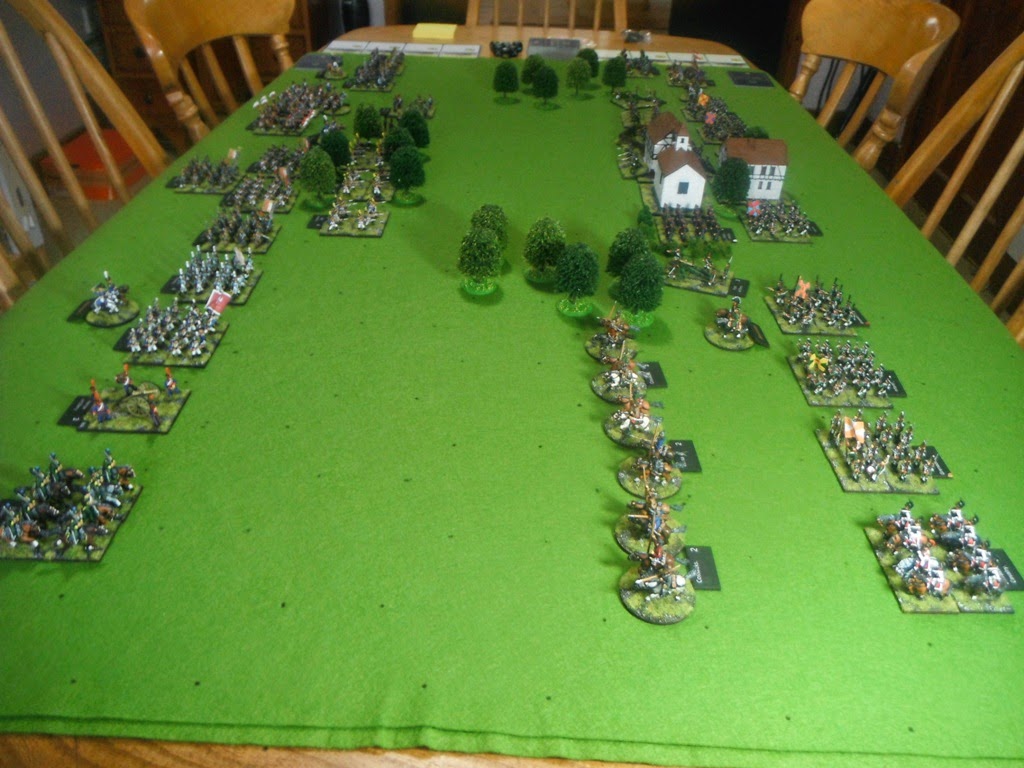 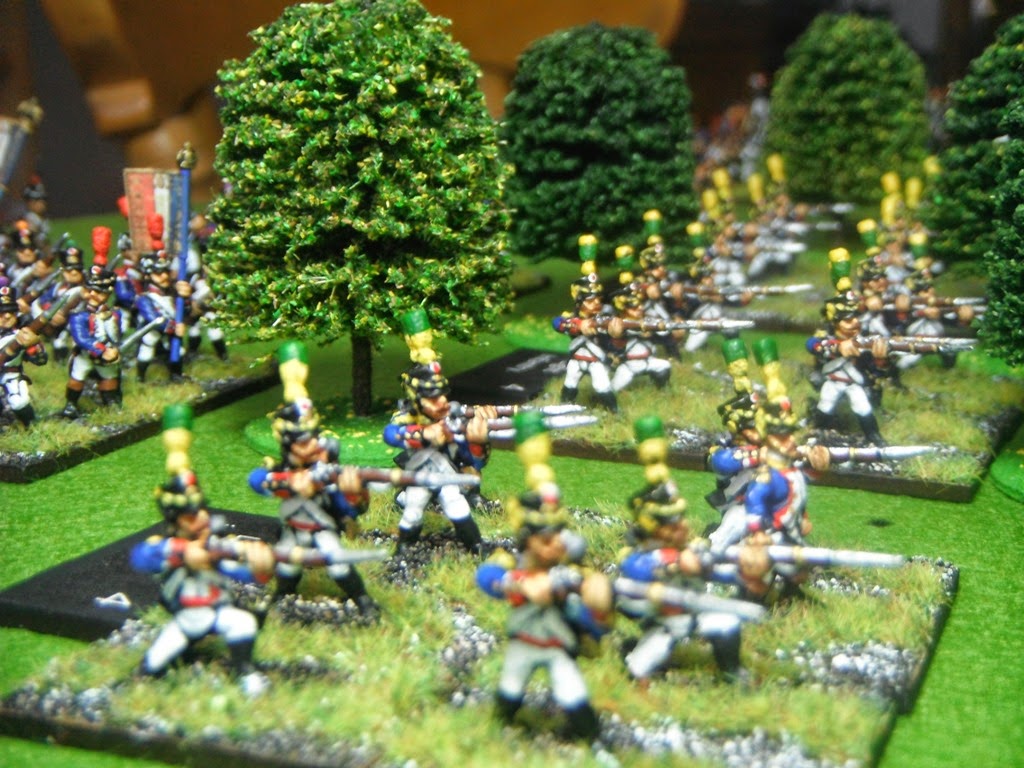 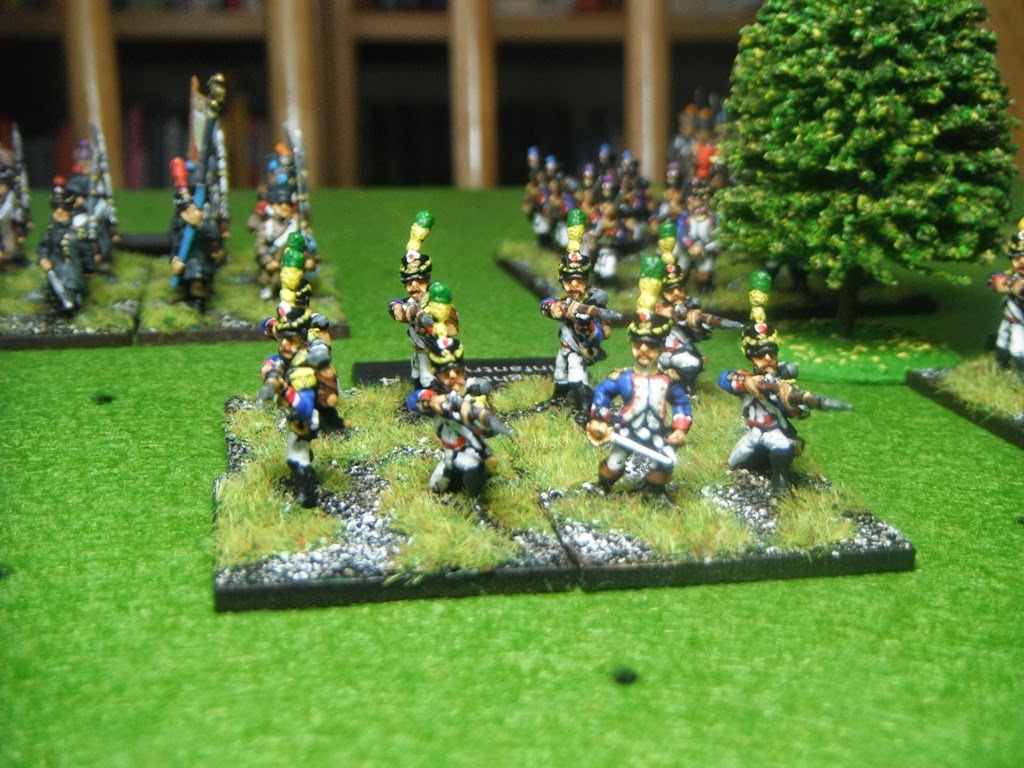 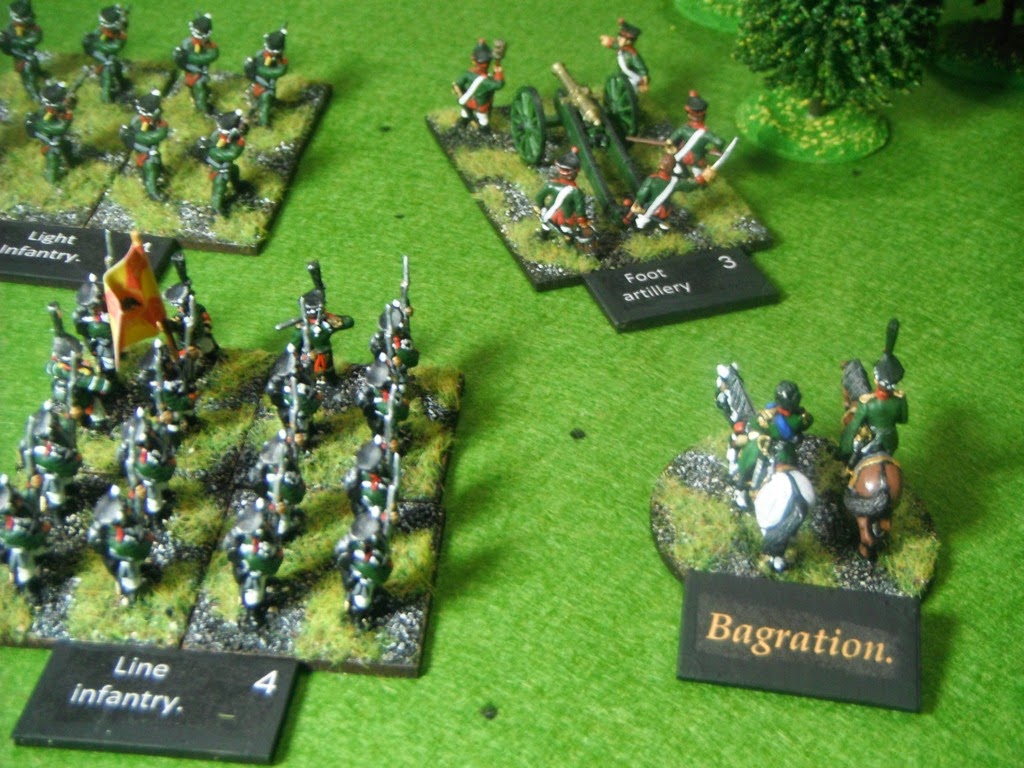 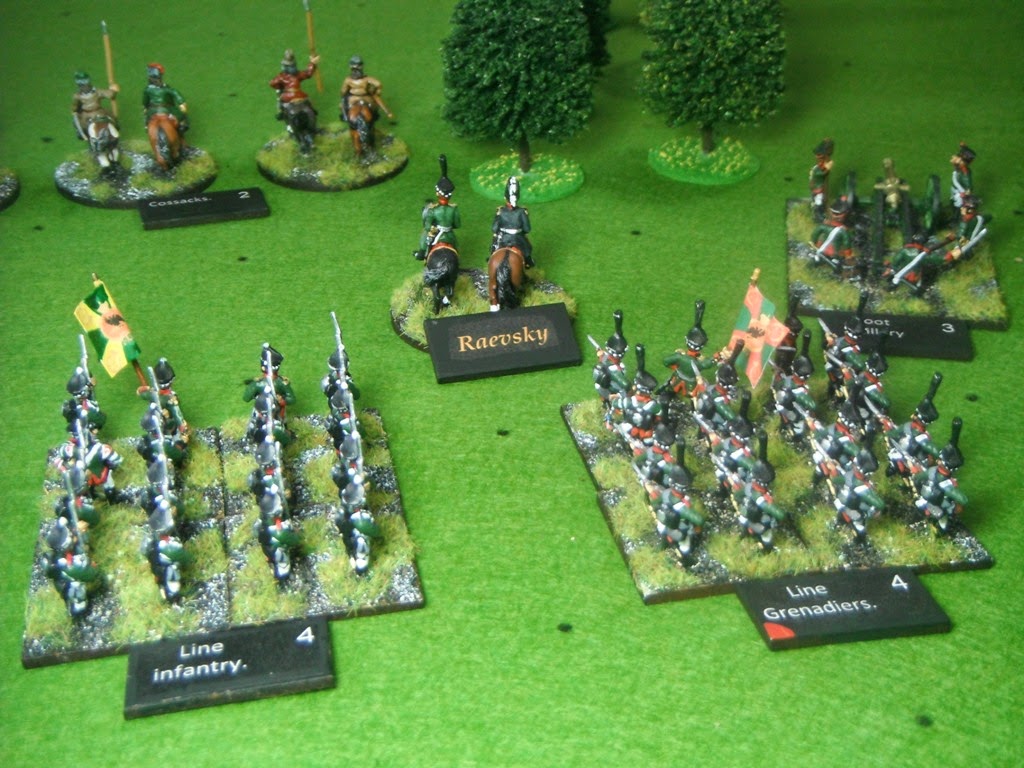 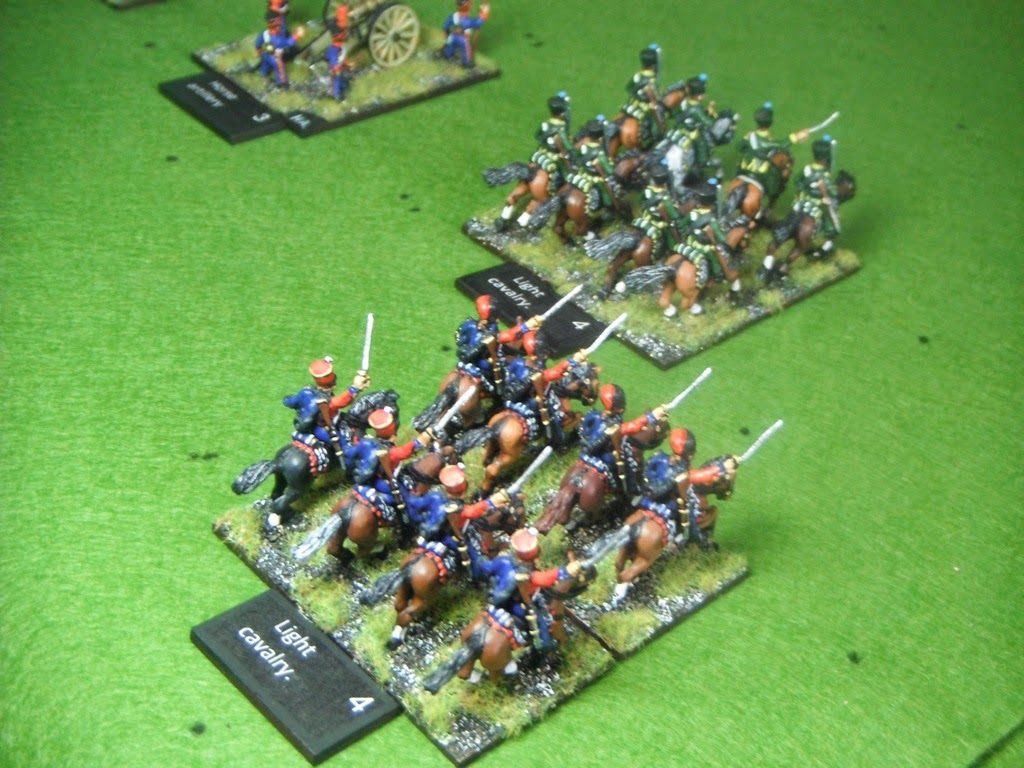 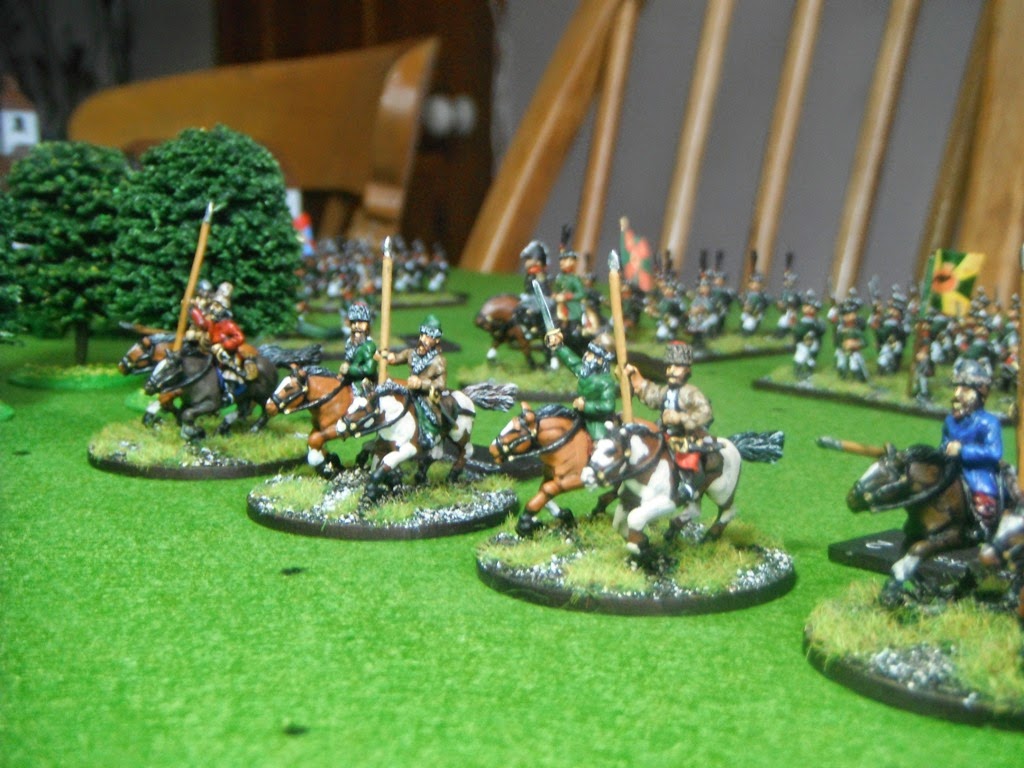 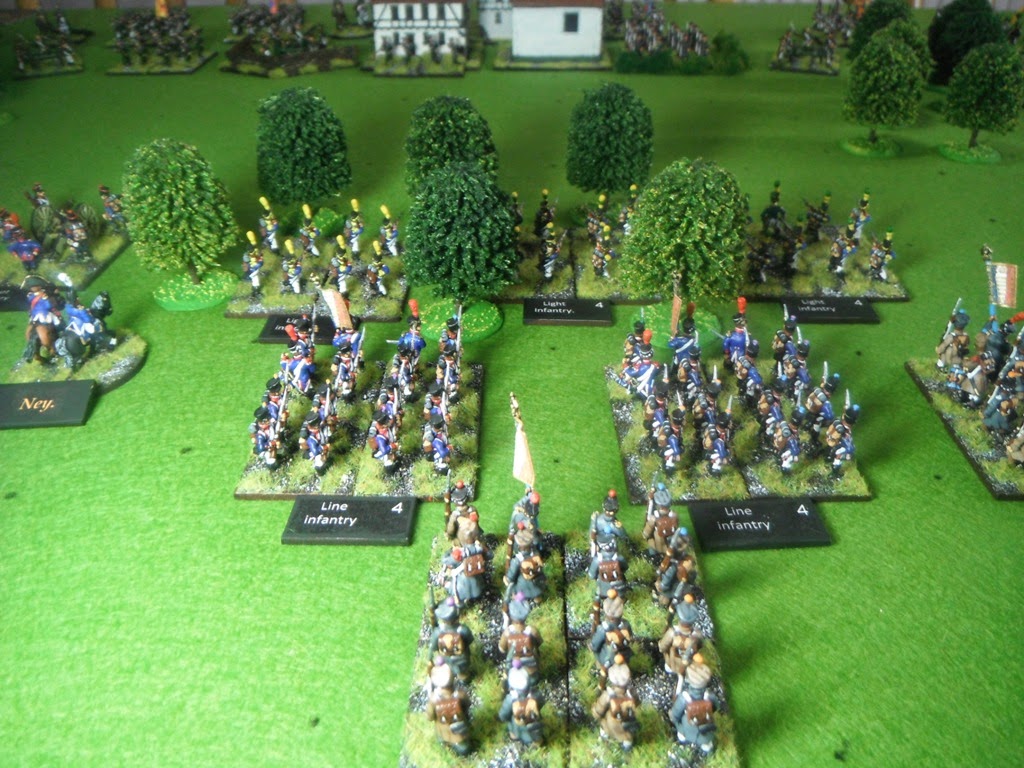 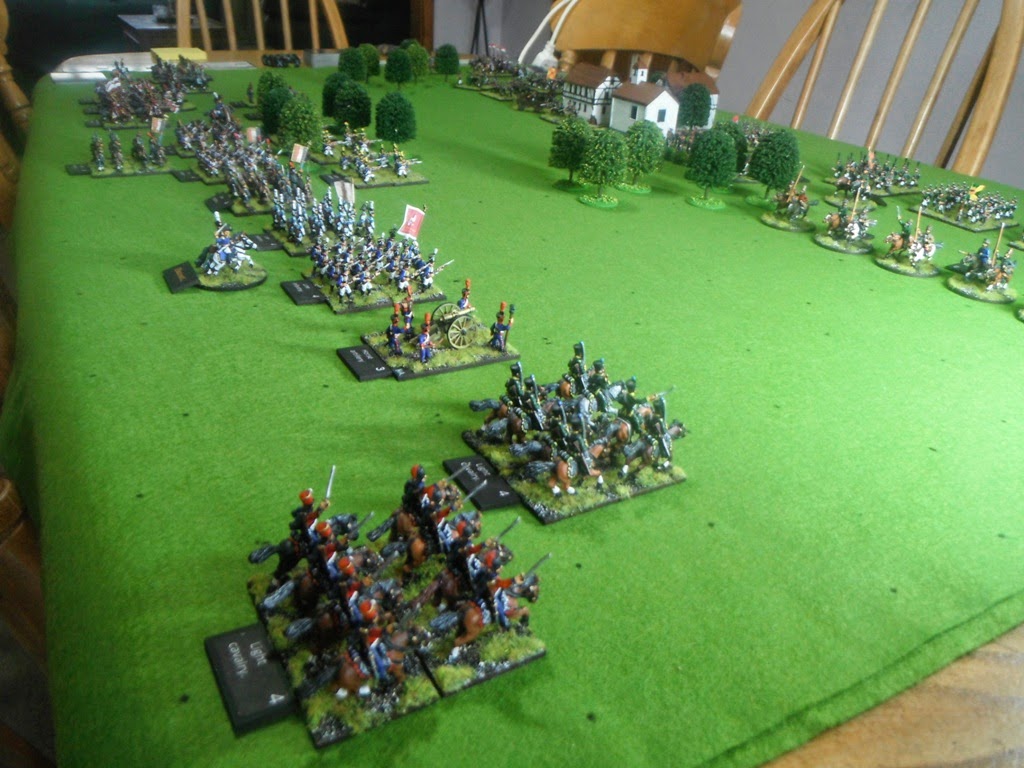