A prelude to battle.

I'm planning to fight a Commands & Colors battle at the weekend - I can wait no longer! As the larger scale hex terrain is still some way off yet I'm going to use the S&A felt mat for now, which has been - not completely accurately - marked up in 95mm hex dots. I was going to use the old 95mm hex terrain bases but once I had placed a few trees and buildings I was struck by how 'conventional' looking the table became, to my eyes at least. I like this clean look. If only there was a way to add hills without conforming strictly to the hex grid shape ...... I'm giving it some thought.

Anyway, the game will feature all of my French and Russian troops, now edging towards the 400 figure mark. Just a good old fashioned game of soldiers, I won't be playing a scenario just lining up both sides for a 5 VP encounter, probably a couple of hours or less. It will be first time on the table for this collection and I'll take the customary photos and do a short write up of the main events.

Pic shows the mat ( folds and creases be easily ironed out if required ) with a few basic terrain items. 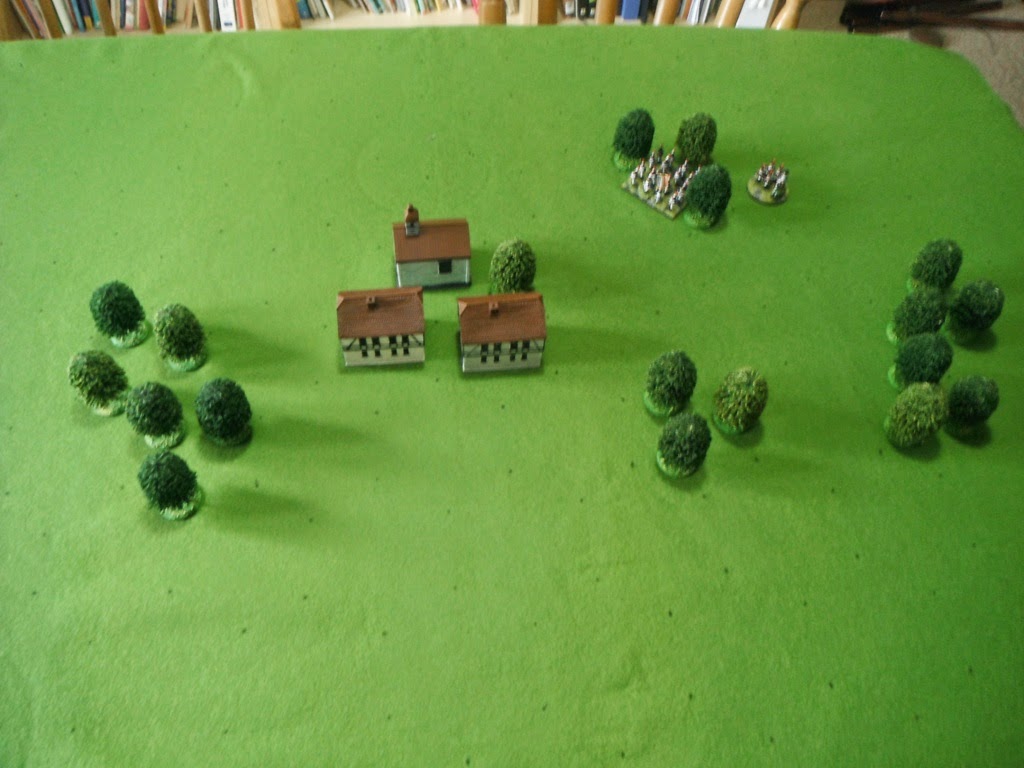 Commission work.
Slow but steady progress, just the final six command figures of the 54 figure 20mm ECW unit for Graham to go, I'll get some pics up here shortly.
Posted by 'Lee. at 01:20