As the painting enthusiasm gradually returns I have been fairly busy making the most of it. I guess the first thing to report is that after saying I was determined NOT to rebase my figures I have gone and done it! Soon as I had painted the first command figures I just knew I had to form them into larger units. I went for a simple 4 infantry per base format, 30mm x 30mm mdf bases with 16 figures per unit and I'm incredibly pleased with them so far, well worth all of the work. of course I still need to expand some half size units and sort out the cavalry units but this is a good starting point and I hope to see this expand into a nice Napoleonic collection over the next couple of months. I still intend to use them with C&C Napoleonics, and having given it a lot of thought I have decided to invest in Hexon terrain (click) over the coming months to save me having to do any more terrain work myself. I intend to add houses, trees etc in order to achieve a more 'traditional' wargame look overall. The Hexon hexes are 100mm so will leave room to deploy some nice landscape features.

I'm currently finishing off another French battalion in greatcoats then I'll expand the cavalry units ( I'll probably keep some units 'mixed' ), and the infantry units that are currently only 8 figures each. I still intend to follow up with a British army, but this time I'll go with the Waterloo campaign uniforms and include Dutch |Belgians, Brunswick etc for which Essex do some very nice figures. That's the plan ahead anyway for Summer.


All 15mm Napoleonics by Essex Miniatures. 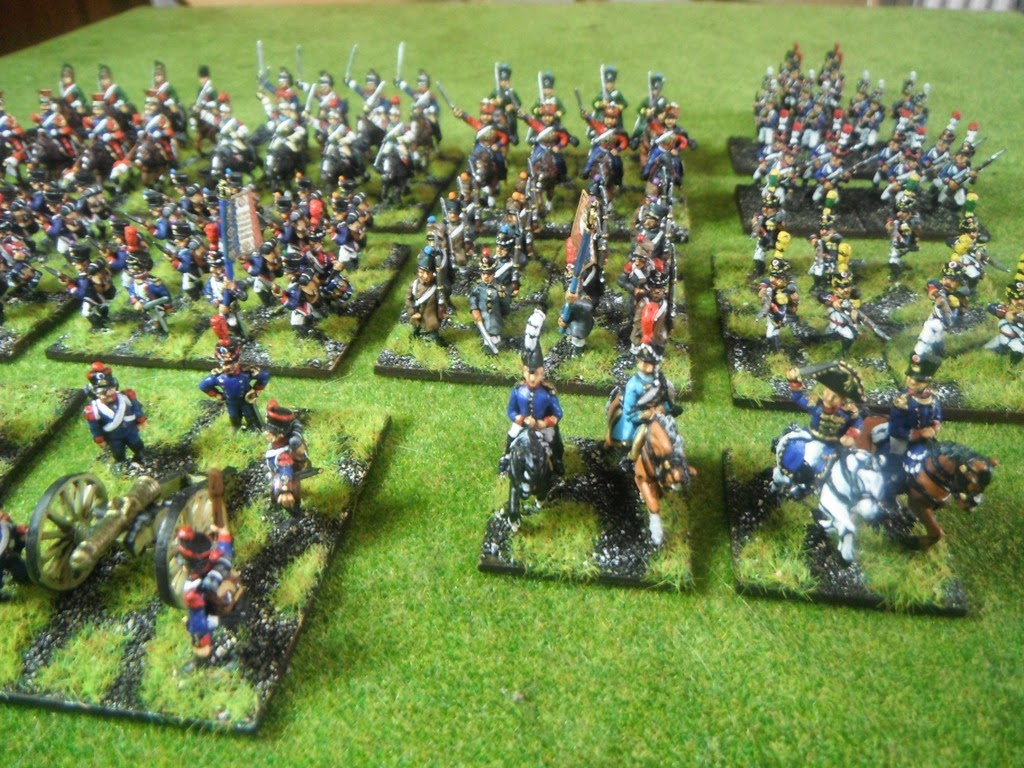 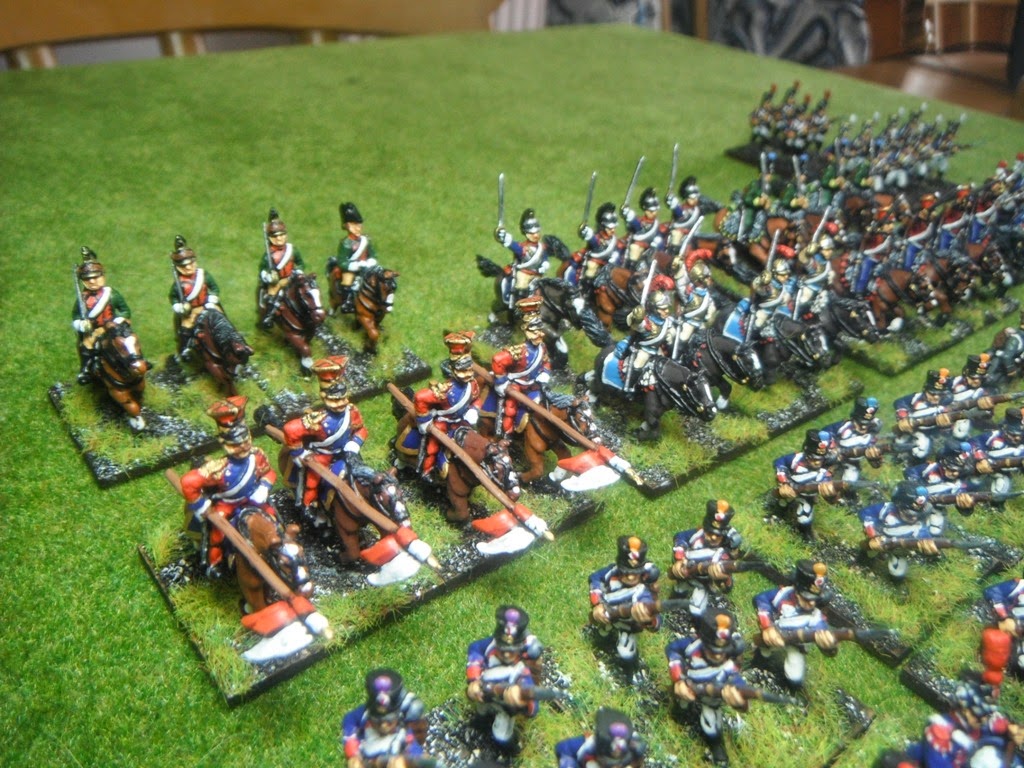 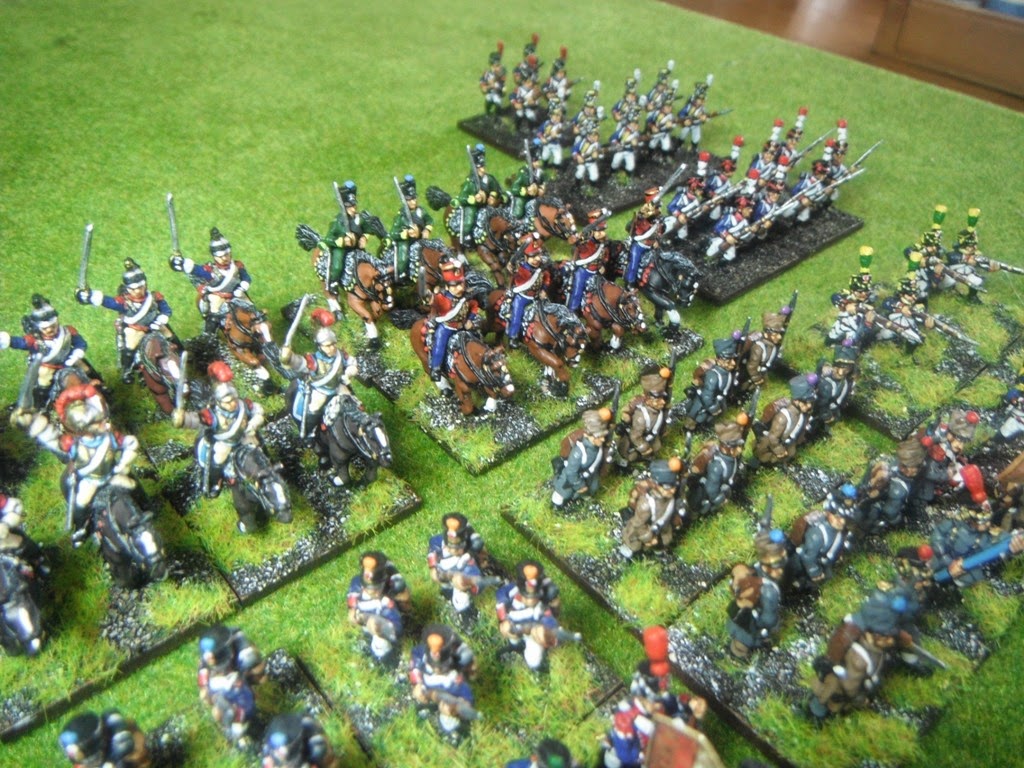 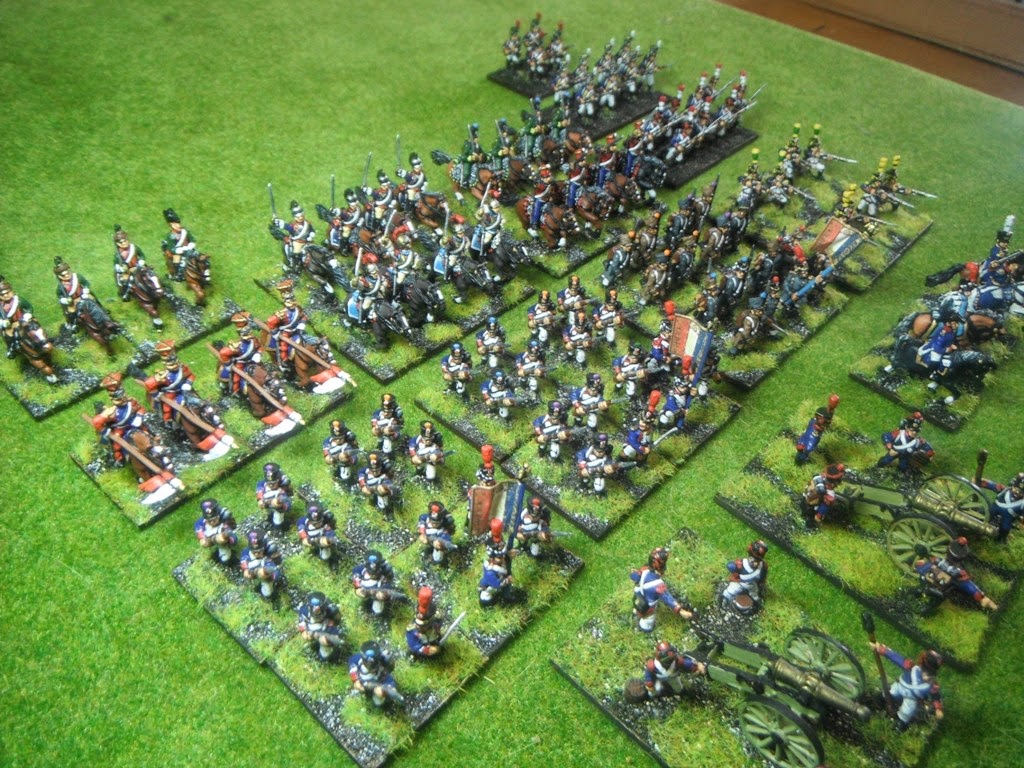 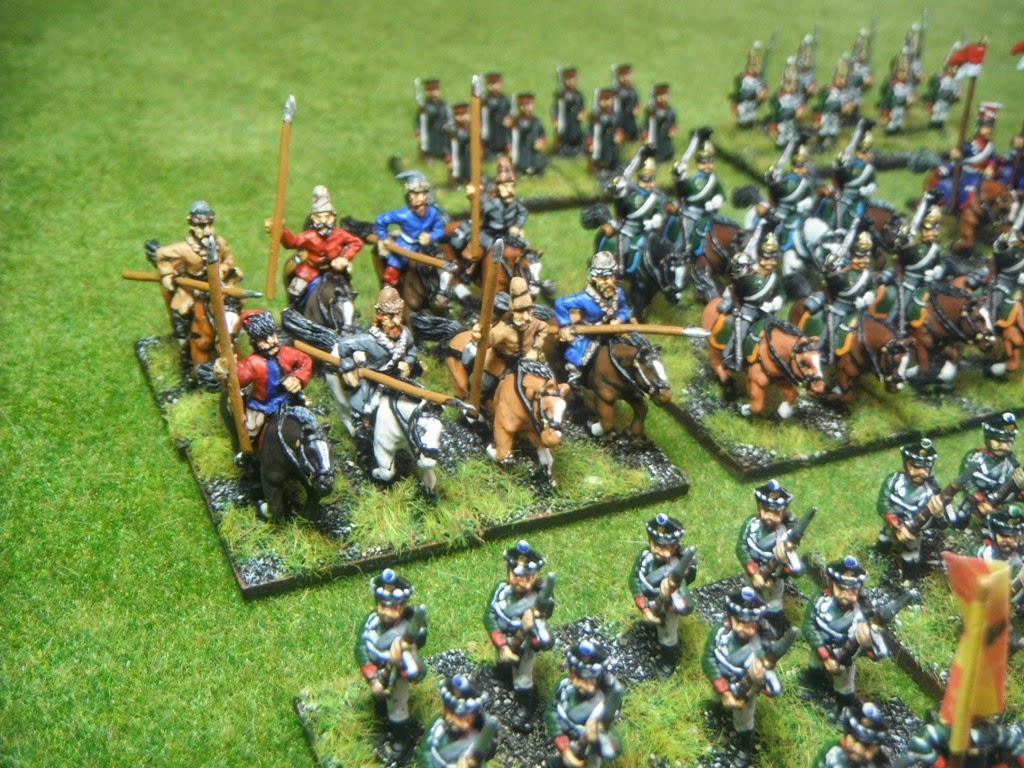 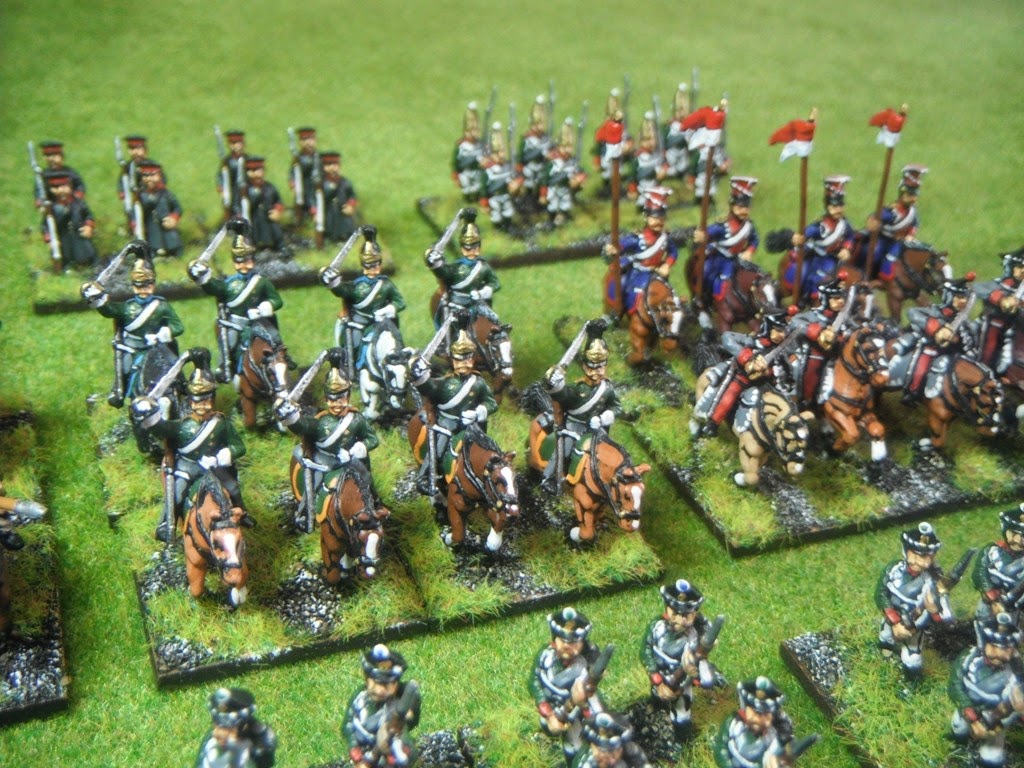 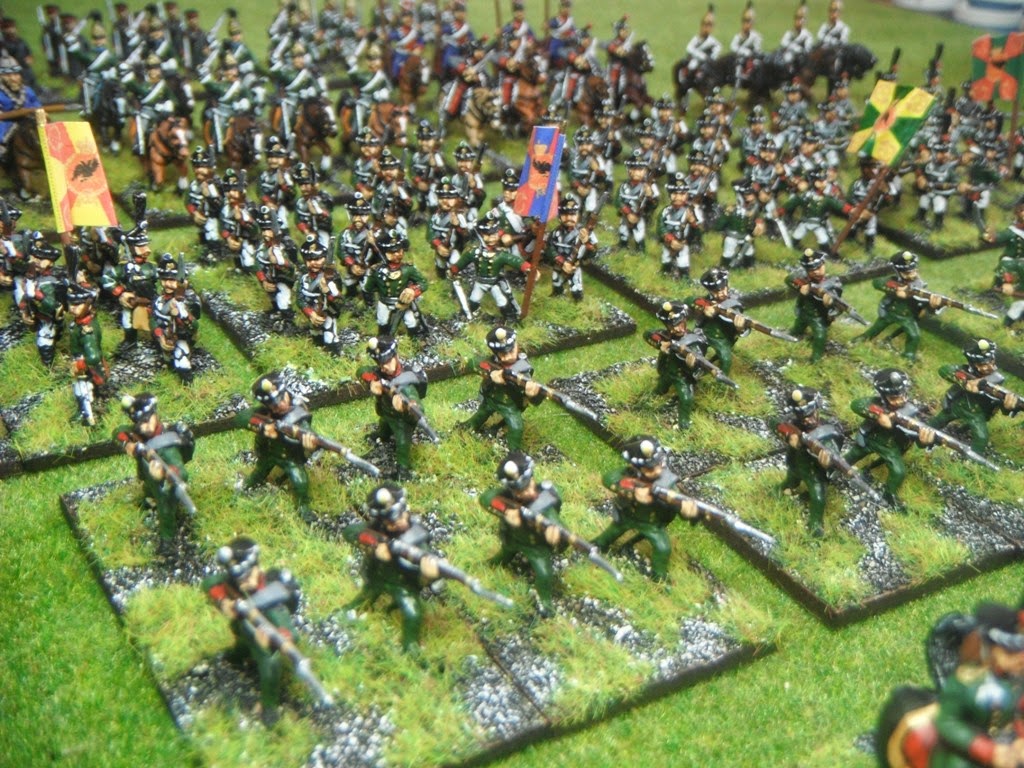 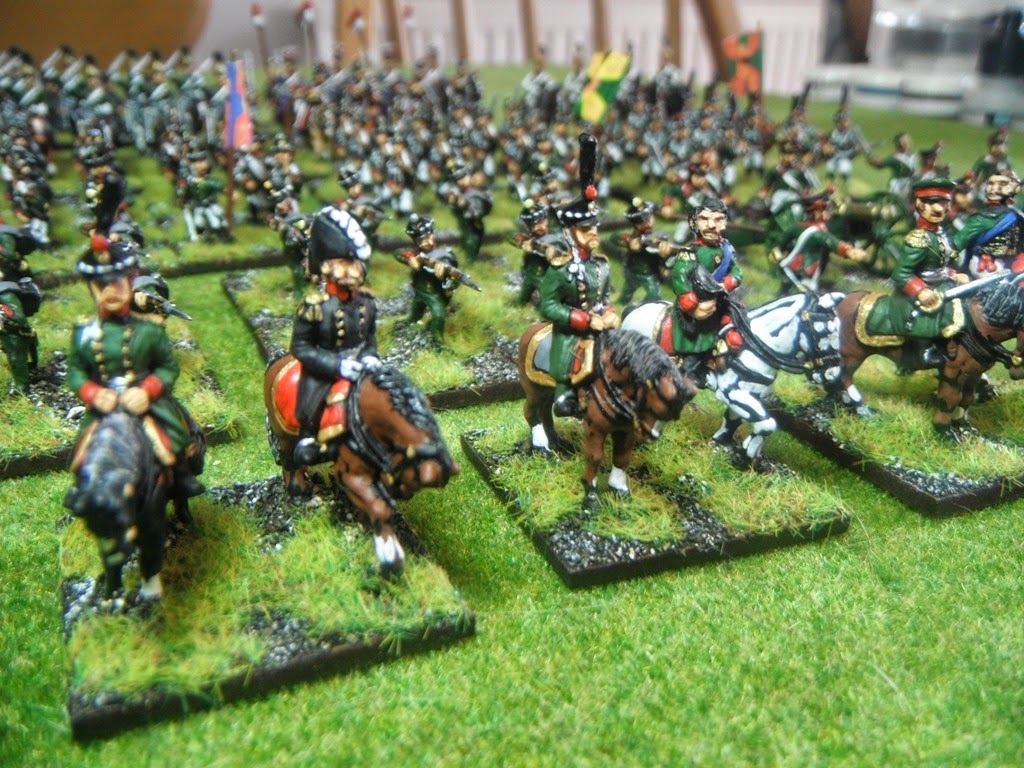 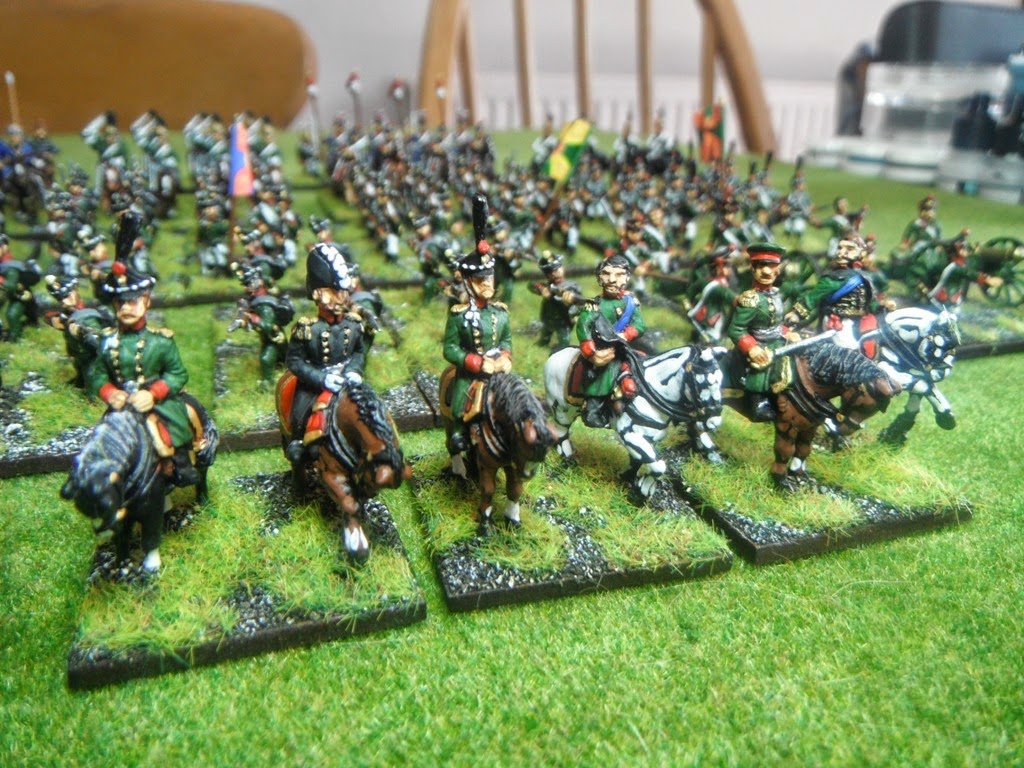 Commission work.
Thanks have eased off slightly as I felt I needed a bit more time to do other things and to work on expanding my own armies, but as you can see I have still been quite busy. The two battalions of early Napoleonic Spanish infantry are the start of Tony's new planned army and I could not resist setting them up for a photo or two before they return home. I'm now working through a mass of 6mm H&R stuff (Napoleonics and more WoR) for mark who has stuck with me since the start of my painting service and for whom I must have painted thousands of 6mm figures by now - Wars of the Roses, Ancients and masses of Napoleonics! The H&R range may be old now but a careful paint job does produce a nice effect en masse and they are well detailed. 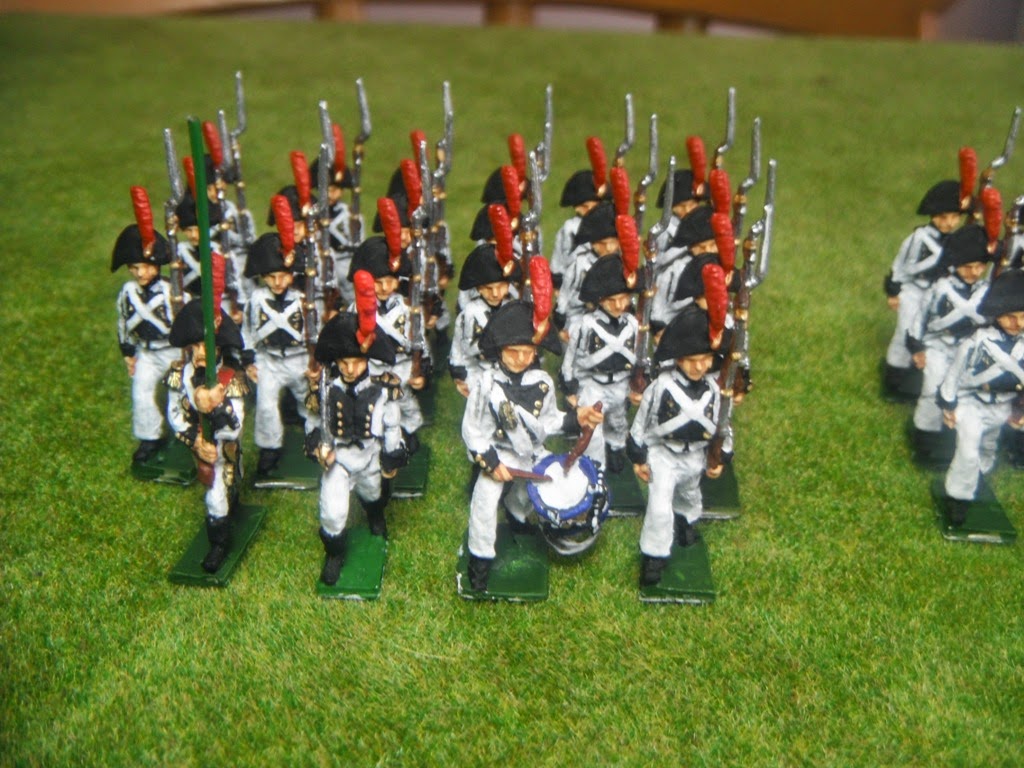 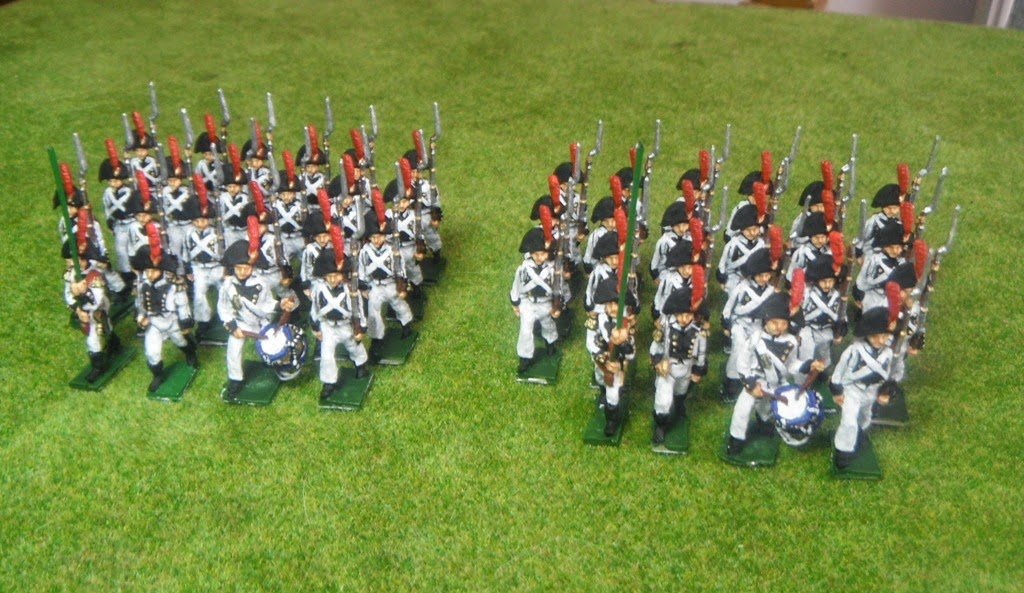 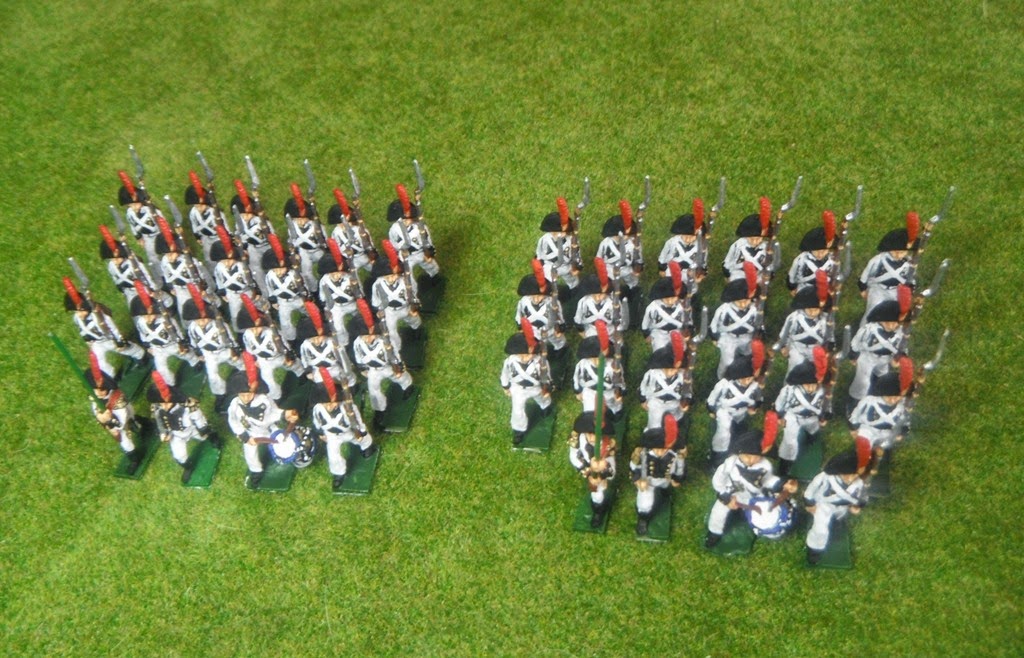 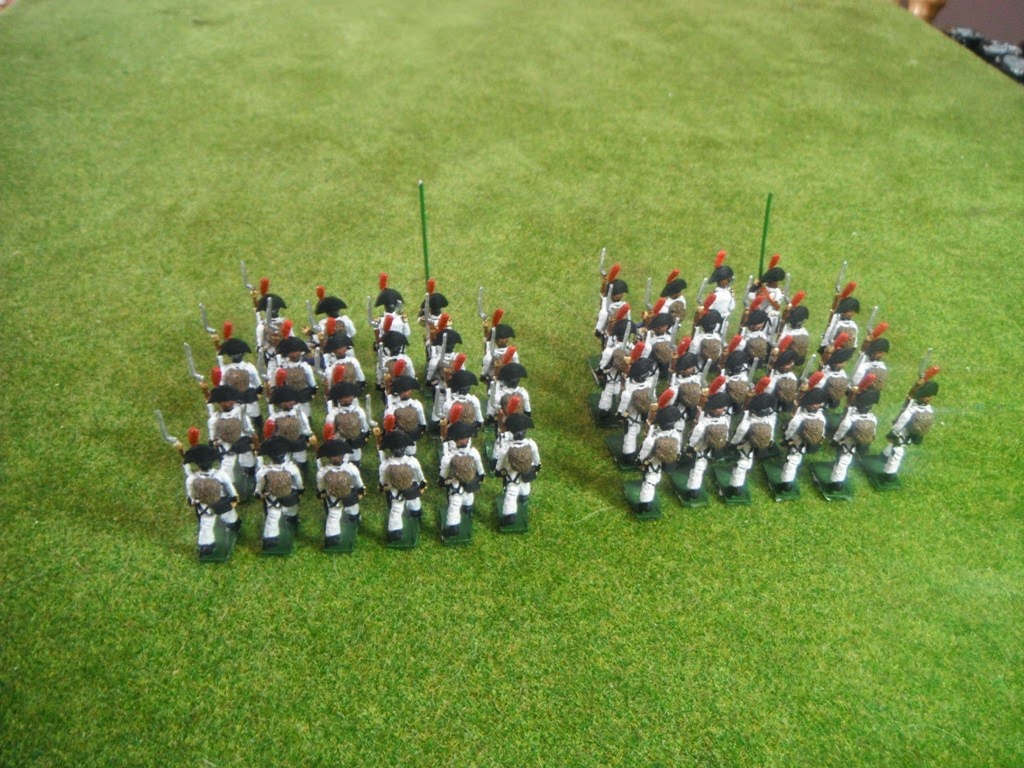 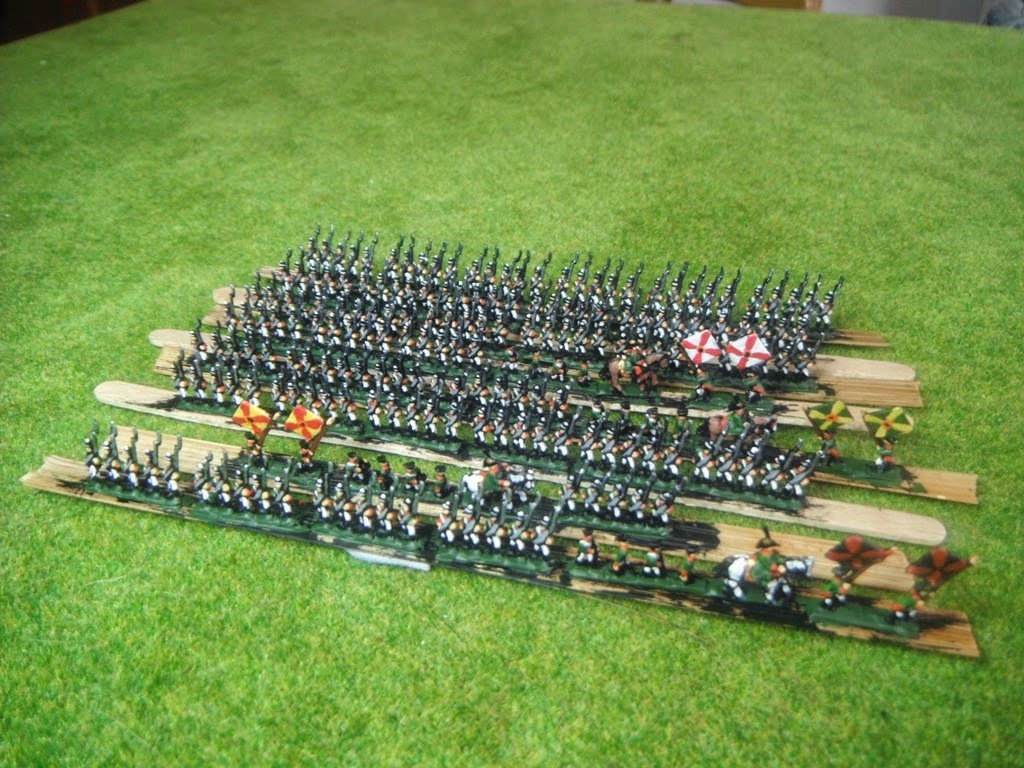 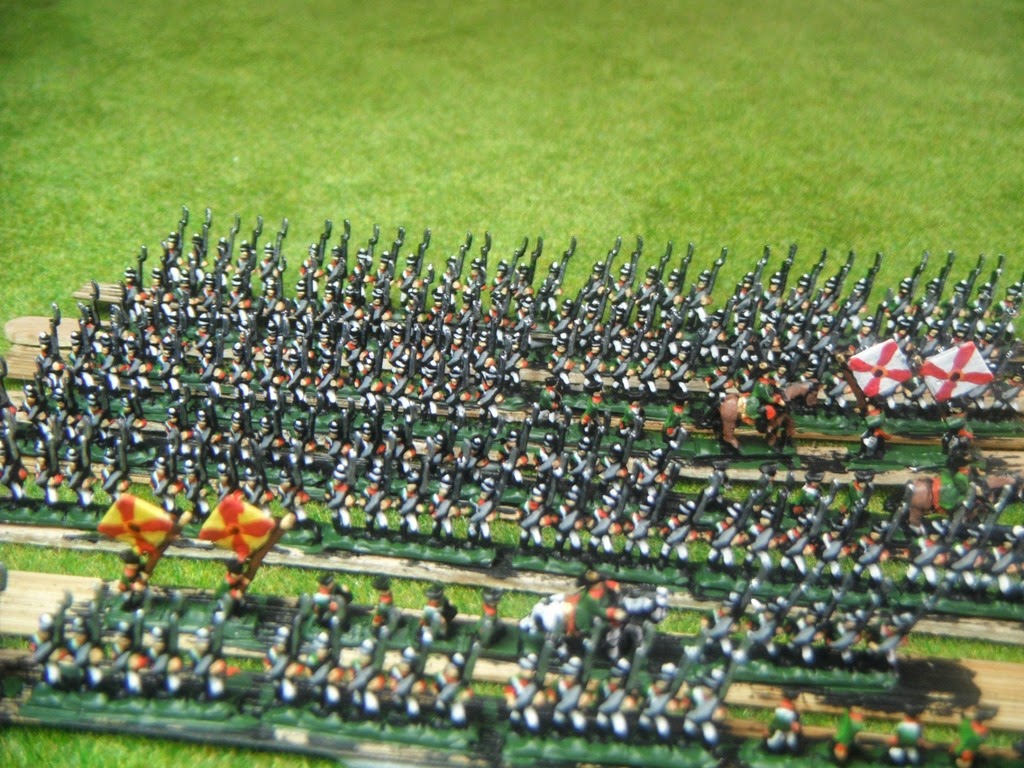 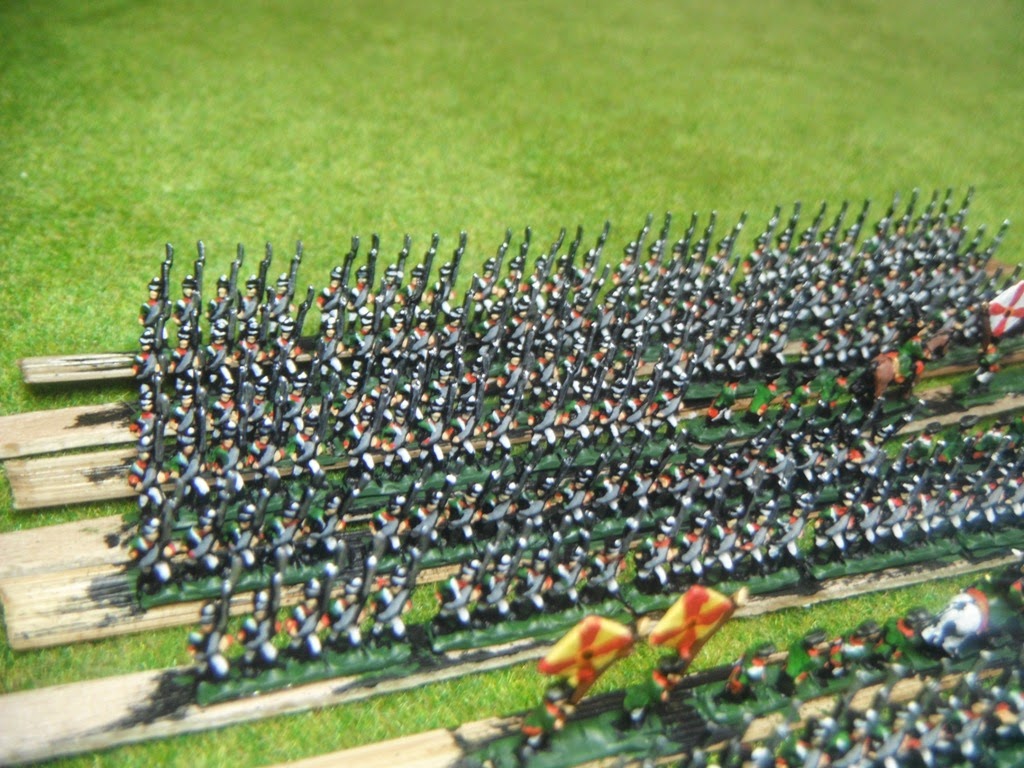