Cossacks on my mind!

Turned into a fine afternoon here and I have been sitting contemplating Cossacks - amongst other things - and the use of them in Commands & Colors games. At a measly 2 blocks they don't really pack a lot of punch and so are best used for harassing and pinning enemy units, and are especially good for hunting down those units reduced to a single block. The big advantage is that when a cossack unit is lost it does not give a way a victory point as with other units, so you can throw them a round a bit.

I want to use quite a lot of cossacks in my games and have found the figures as I had based them quite uninspiring and the tight basing did not reflect the nature of these troops. The Essex cossacks are fine, a few variants, nice beardy faces although maybe the 'ponies' are somewhat well fed! Be nice to have a bit more choice in cossacks maybe but will be fine, I'm contemplating a bit of conversion work with future packs.

I like circular bases, not sure why but they appeal to me and I thought the 40mm bases I had would be good for mounting these irregular troops in a way that would give them a bit more visual appeal on the table, add a little mdf label and it's job done, I think they look far more satisfying now.

Took a few pics outdoors in the sun. 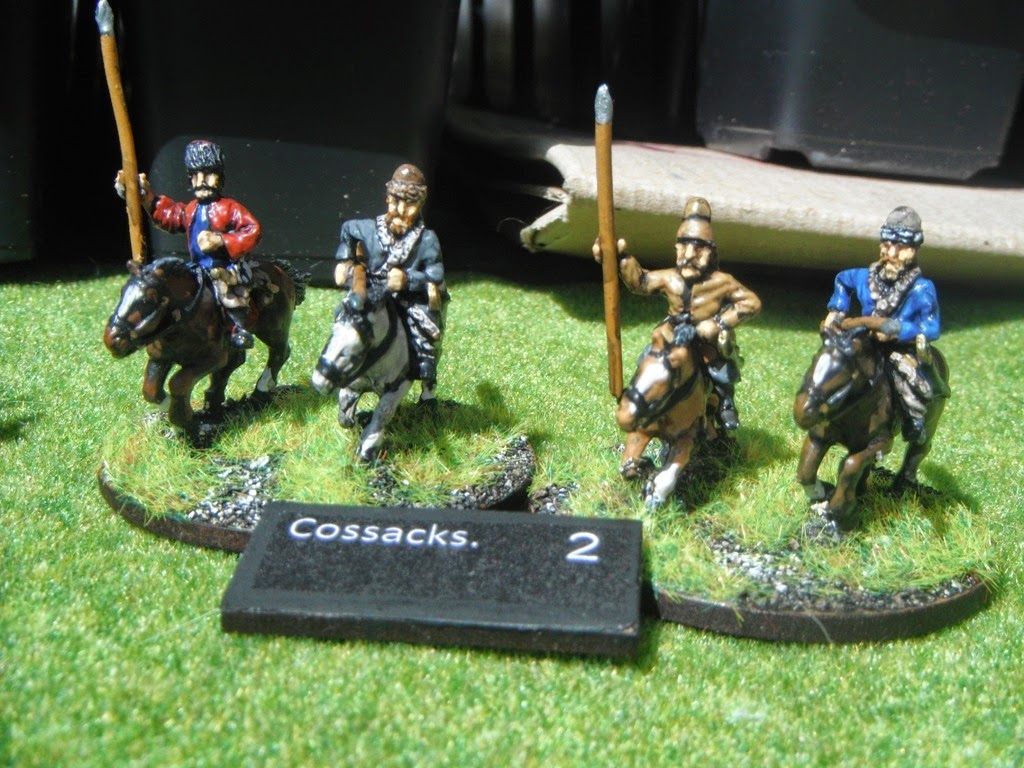 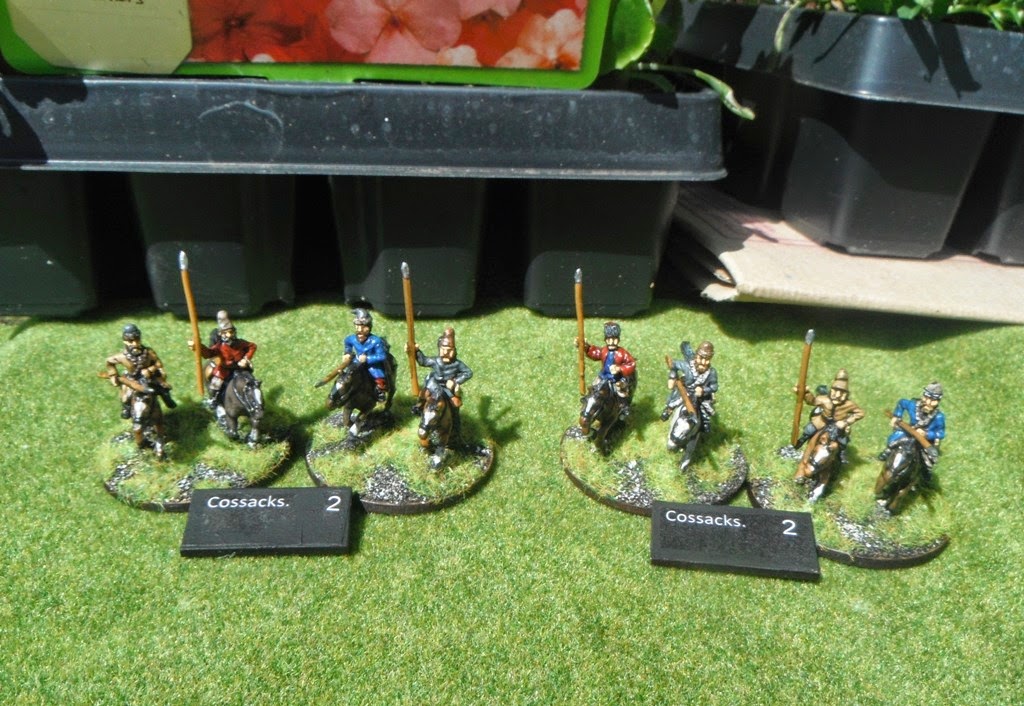 Most of the units now have labels - 15mm x 30mm mdf with printed labels glued on and tidied up a bit - and I'm producing the casualty markers, same style 15mm circles in 2mm mdf so easy to pick up or place down. All great stuff and thanks to the great service from Tony at ERM once again. 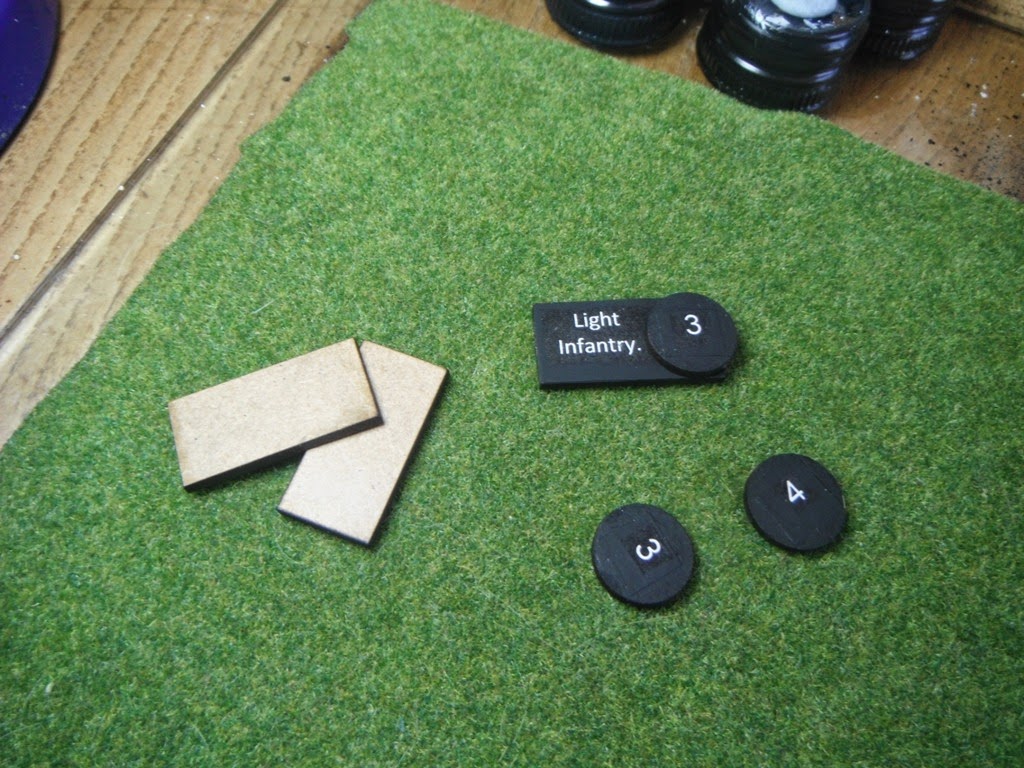