Getting things back to normal.

Ups and downs!
It's pretty unusual for me to go so long without a photo update here, but I have had a bit of a tough time over the last week or two and painting slowed right down. The thing with any depressive illness is that it can come back and bite at any time, even during a period of strong recovery, and when it does I find it leaves me in a kind of 'lock down' frame of mind where even the simplest everyday things become a major challenge. Dysthymia is an odd illness, it robs you of the ability to enjoy stuff, and what one day might seem like something to be really proud of can become a thing of total contempt the next! Probably goes some way to explaining why I usually end up selling so much of my painted stuff off, but I'm determined it won't happen with my Essex figures. So it's been an up and down week or so and I apologise to anybody waiting for me to reply to emails etc as I usually find I tend to blank things out which in turn leads to falling behind with things and so on! Anyway, I'm feeling a bit stronger mentally now so I'm ready to post some pictures and get back to my painting again and to catch up with emails.

Plans for my growing Essex collection.
One thing I have had in mind recently is how I can use my growing Essex collection both on the C&C game board AND in a more conventional way with larger units and a more realistic terrain board. I'm determined that I will not rebase, I like my figures mounted individually and the basing method has taken a lot of work. They are perfect for use on the C&C board as intended and I won't change that. However, as I have started to add in a few command figures I have become aware of how nice slightly larger groupings of 12 infantry figures can look. So I have been scouring the net trying to find a movement tray solution that will allow me to do this. I have tried MDF bases but after coming across the resin trays from Battlezone I have decided to order a few trial trays to see how things look and fit. The 'standard' bases look slightly too chunky for my liking so I have gone for the 'shallow' trays, 80mm x 60mm internal size, which will take 12 of my infantry figures or 8 cavalry figures nicely. The edges are textured and the internal part of the tray is open, just what I was looking for. I should have them within a few days and if they work then I'll order more. The plan going forward is then to rebuild the old 95mm hex table (remember it?) and adapt it for 15mm scale battles. I'm thinking that I can add labels to the rear and use markers for casualties rather than removing figures, just as I used to. Further, I could combine cavalry types in each tray, so for example French 'light cavalry' tray could hold 4 hussars and 4 Chasseurs and so on which would allow me to paint different types at will. 'Light infantry' bases could consist of just 8 figures in a looser formation within the tray. Fingers crossed the trays will work out, otherwise I'll look at MDF trays instead.

More new Essex figures.
The pictures show recently painted Essex 15mm figures - the first command figures, French and Russian, French Guard lancers, more Russian Dragoons and some Young Guard with those distinctive plumes - plus a few shots of the overall collection so far before I re organise into 12 or 8 figure units. 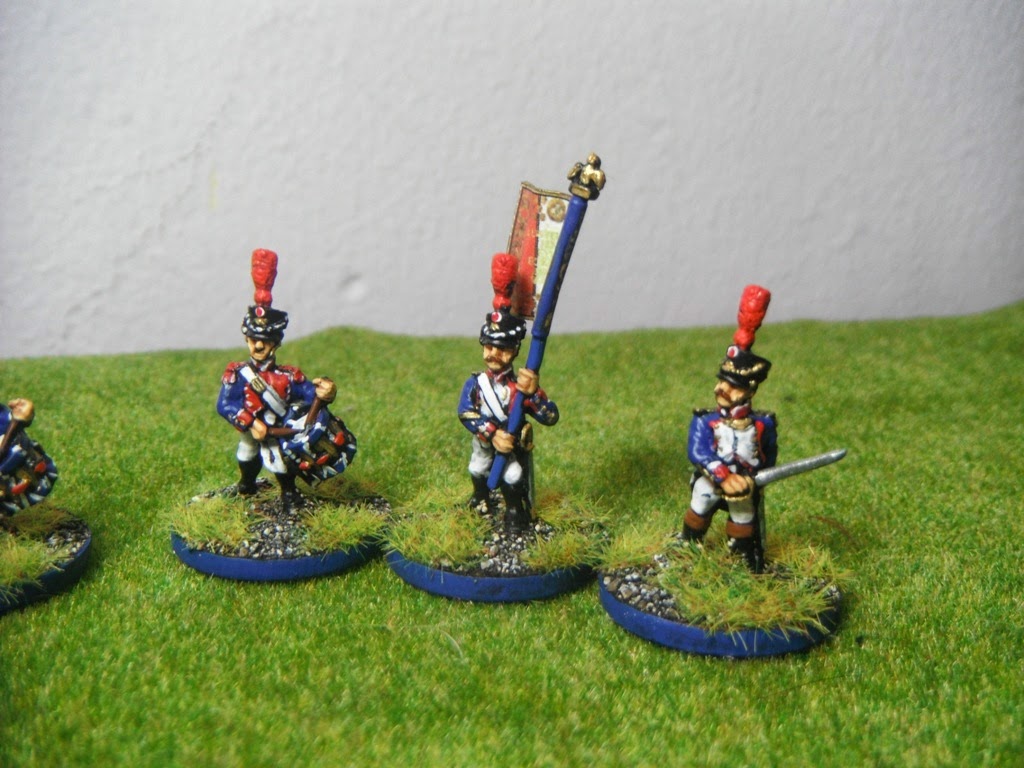 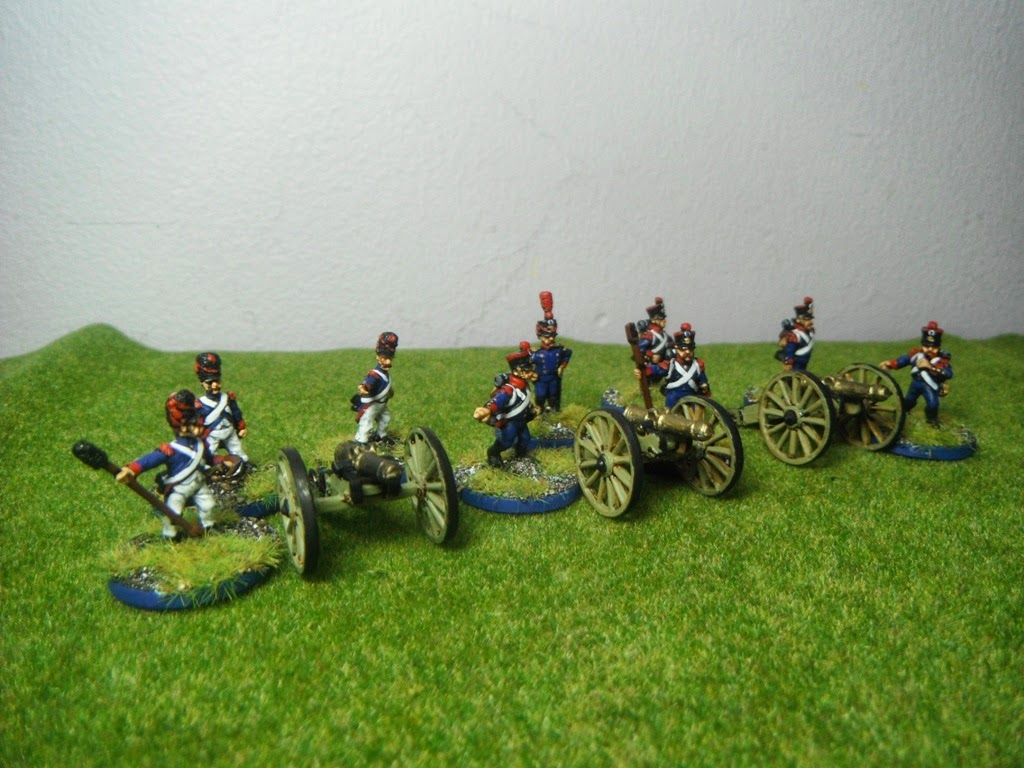 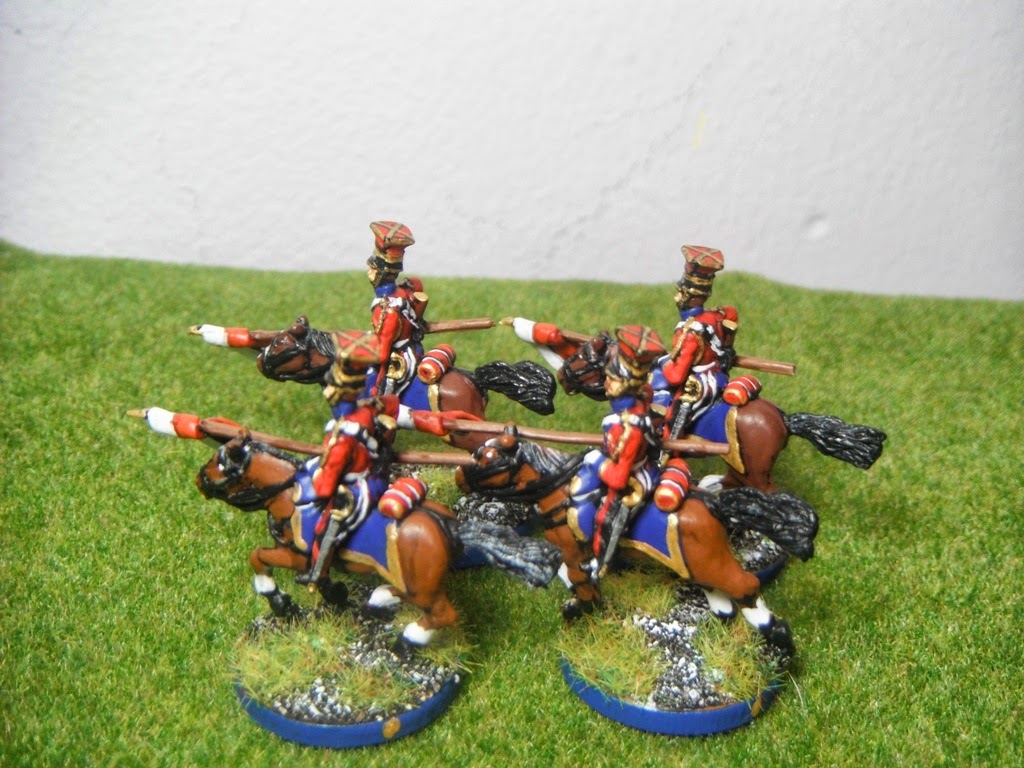 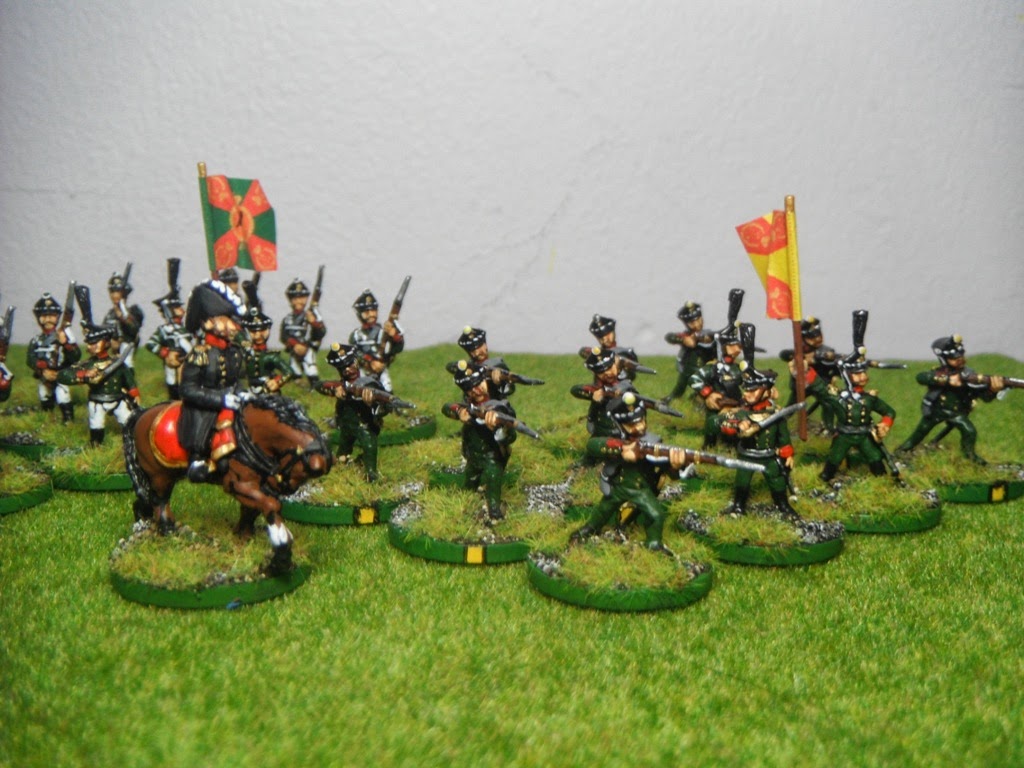 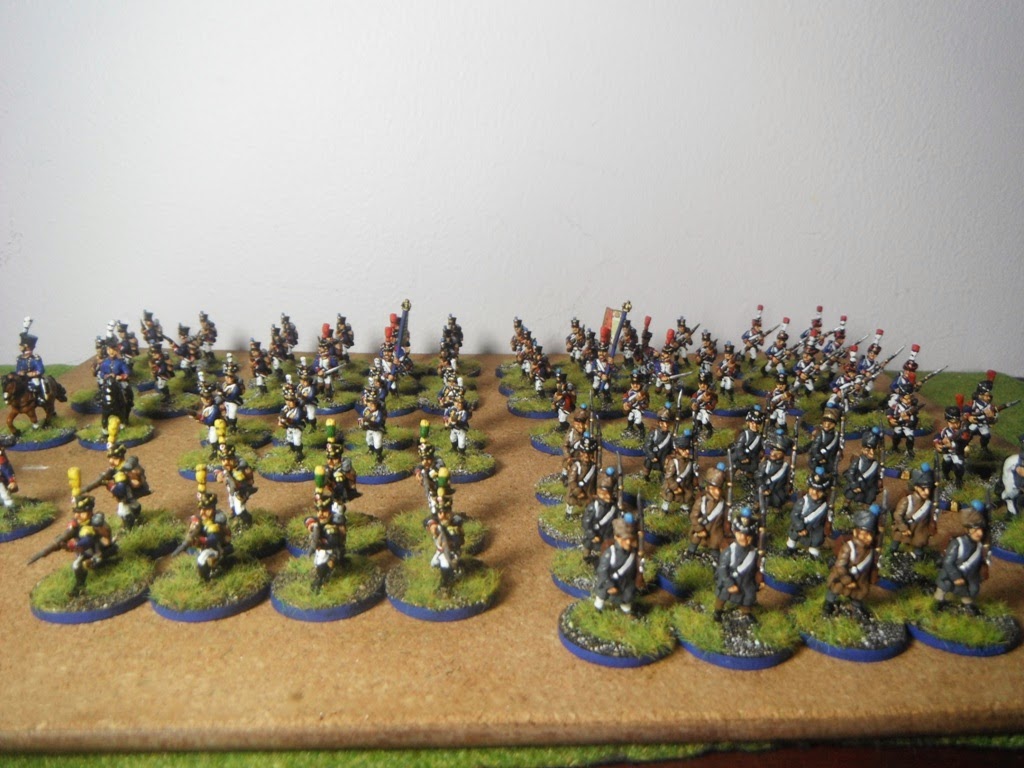 Commission work.
I'm about a week or so behind schedule, Old John has been as supportive and patient as ever - thank you John - but his ACW figures are now ready to make the journey home, and Monday I'll start on Tony's lovely Spanish figures. 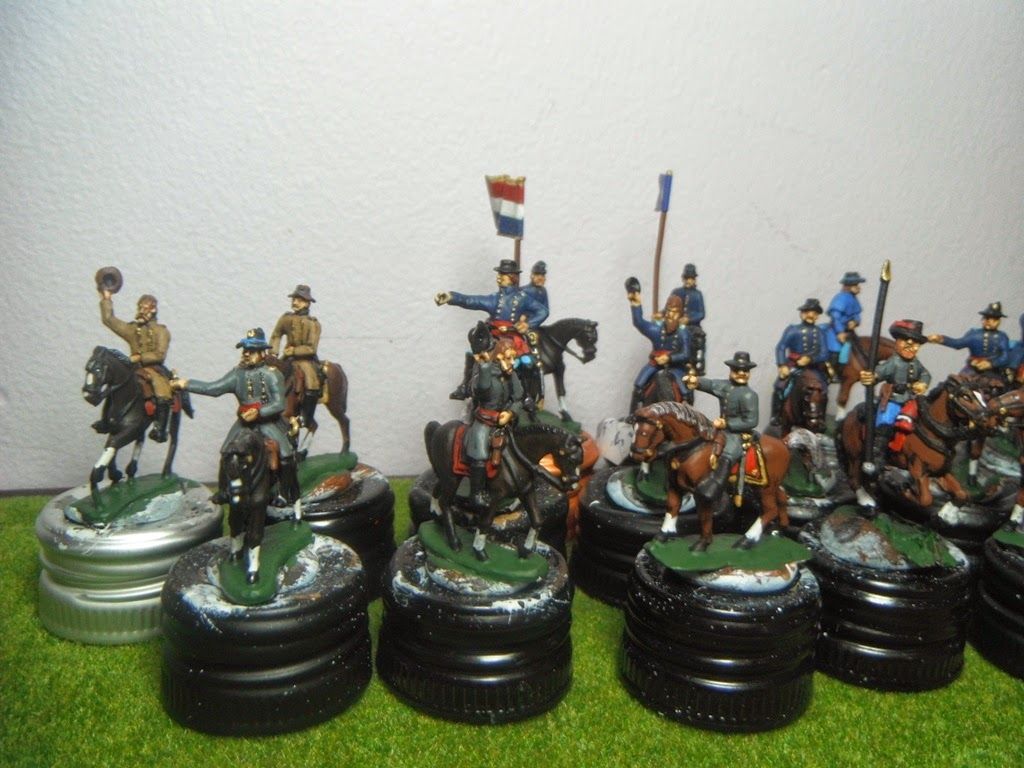 Below: two images from Graham showing the recently painted Earl of Essex's Regiment of Foote 1642 - great to see them all based up and ready for battle. The impact of a unit 54 figures strong is quite something! 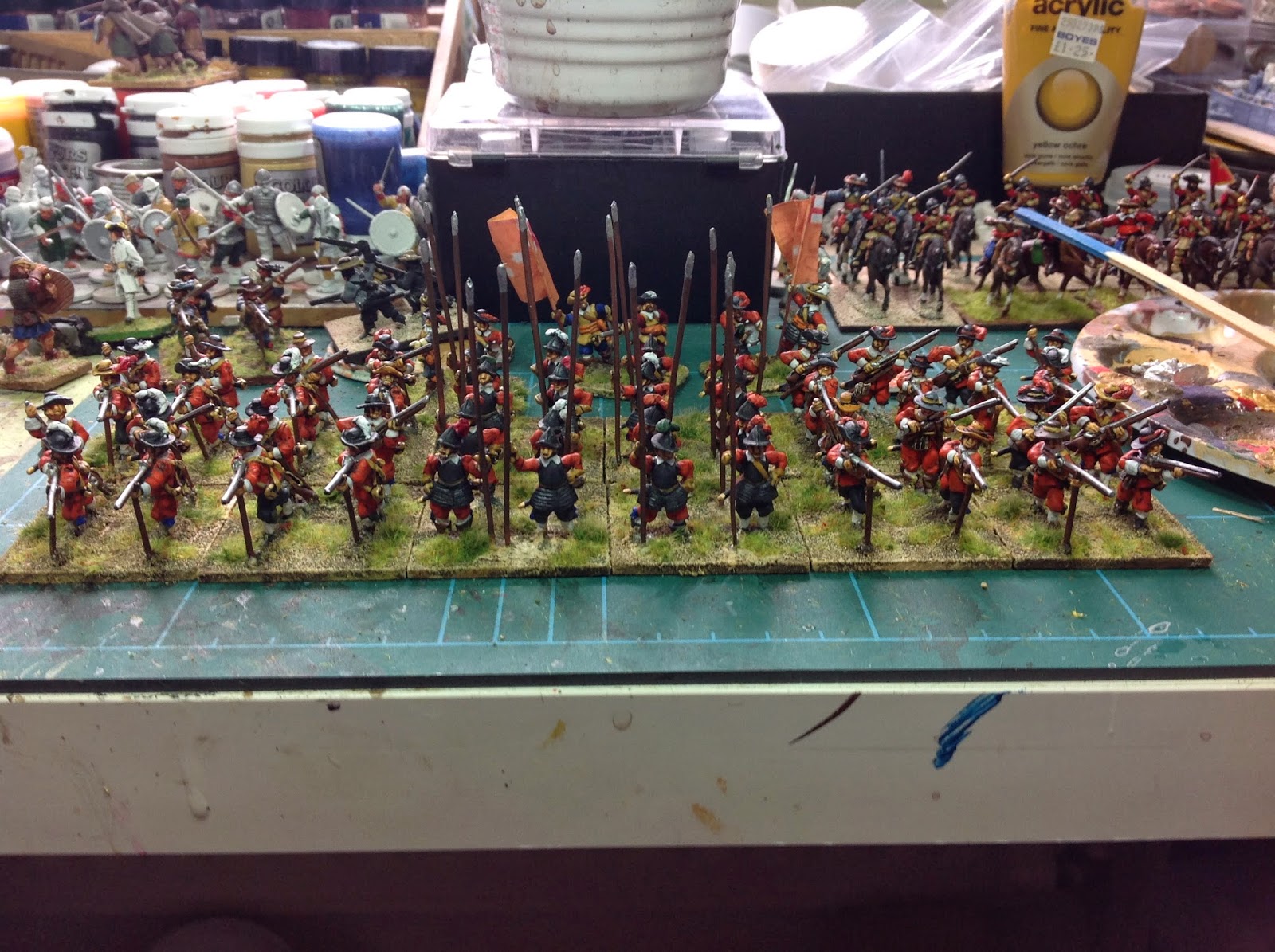 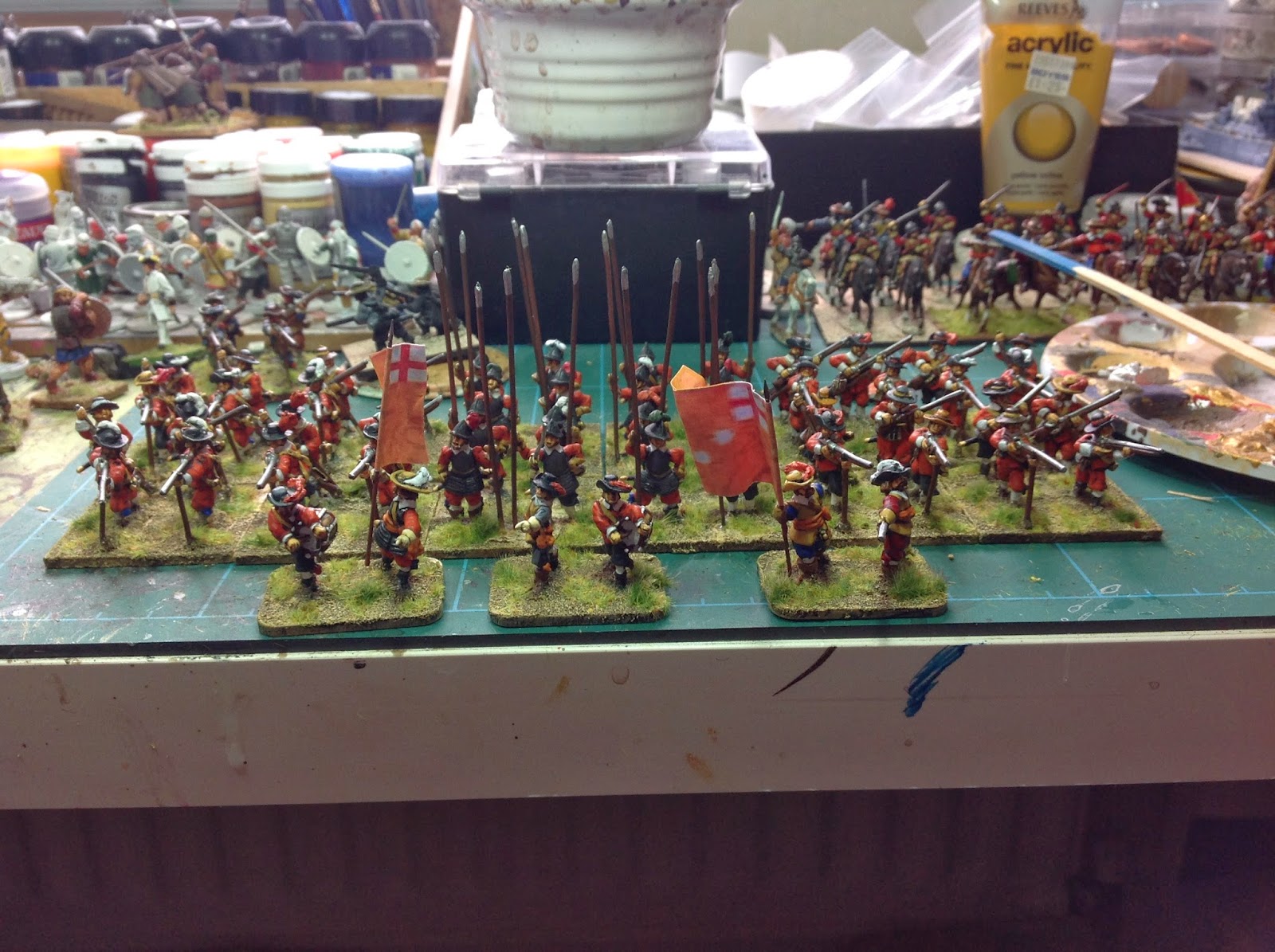