Not too much to report this week, progress continues on the French & Russian 15mm armies. New units completed this week are shown below, I have just another eight Polish infantry to complete 'phase1' and then I'll expand at my leisure. The little mdf markers you see are a new idea and will follow the units around the table during games. They simply show the Commands & Colors unit classification (where not obvious from the figures!), the strength of the units in 'blocks' and the lower left corner denotes any special characteristics, for example gold means the unit has some 'elite' qualities as shown on the quick reference sheet. White denotes miltia type units. They are 30mm x 15mm and I plan to place small round markers on them as losses occur. I could of course remove 'blocks' of figures but I think I'd rather keep the units together as it makes packing up afterwards so much easier than trying to put units back together again. I don't think the markers will be too unsightly once tucked at rear of the units.

I'm starting to mark up a S&A scenics grass mat in 95mm hexes so that I can quickly get going with a game - re using all the old 95mm hex terrain I made a couple of years ago for the 6mm version. Trees and other bits are on order and I'm now pondering what buildings to for, Hovels 15mm or maybe Timecast 10mm buildings and I'm currently leaning towards the 10mm option as time cast models tend to be quite big anyway.

Busy today with garden fence panels, wanted to get them in before the forecast weekend rain and luckily a couple of friends turned up, down for a few days break so I quickly put Dave to work helping me to fit the panels!

Pictures show units completed this last week.  I used a different pose for the second rank of Guard lancers - probably should have been swords in reality but the lances do look nice.

All 15mm figures by Essex Miniatures. The Russian militia officer is actually a spare Pavlov officer with a head swop. 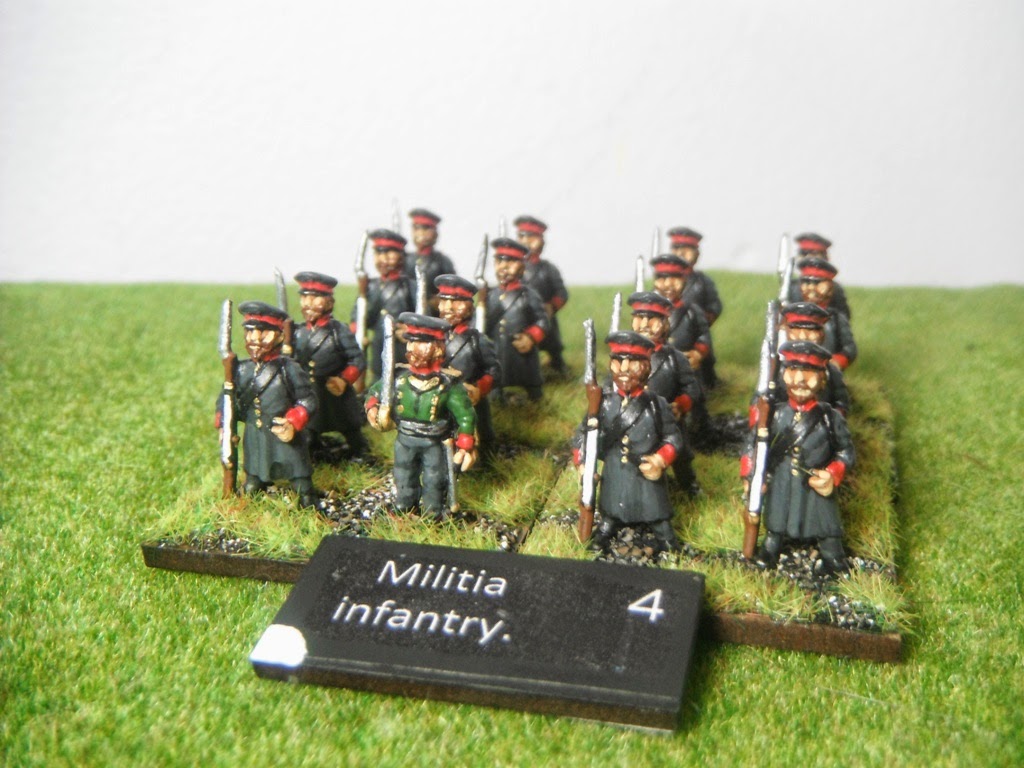 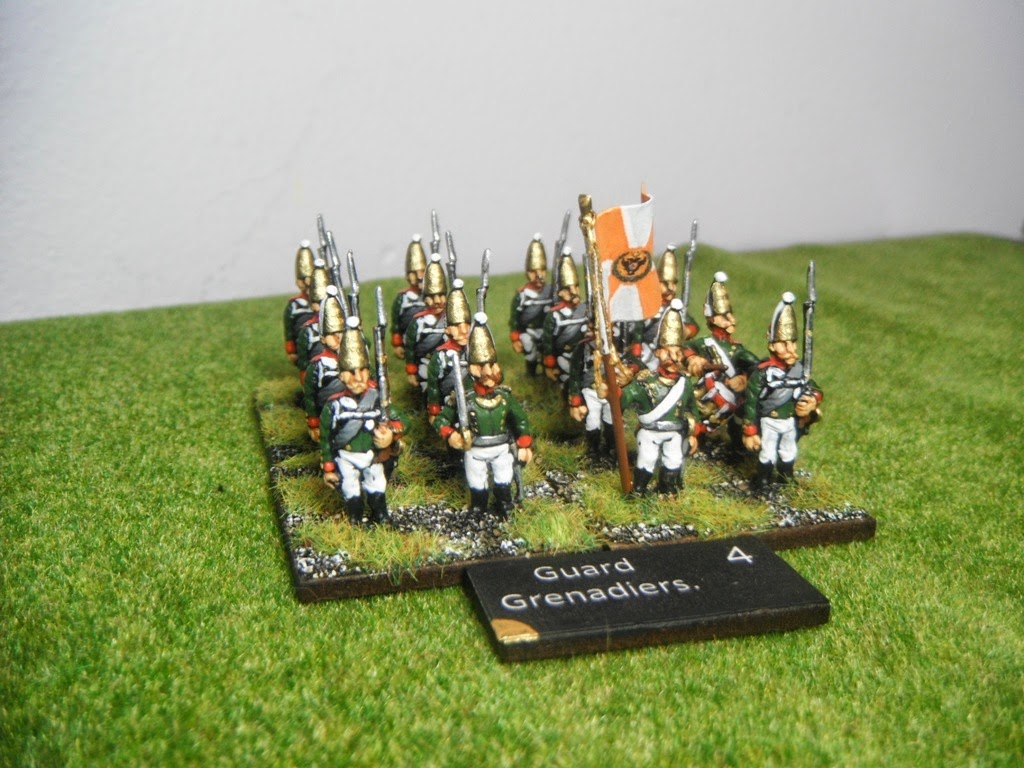 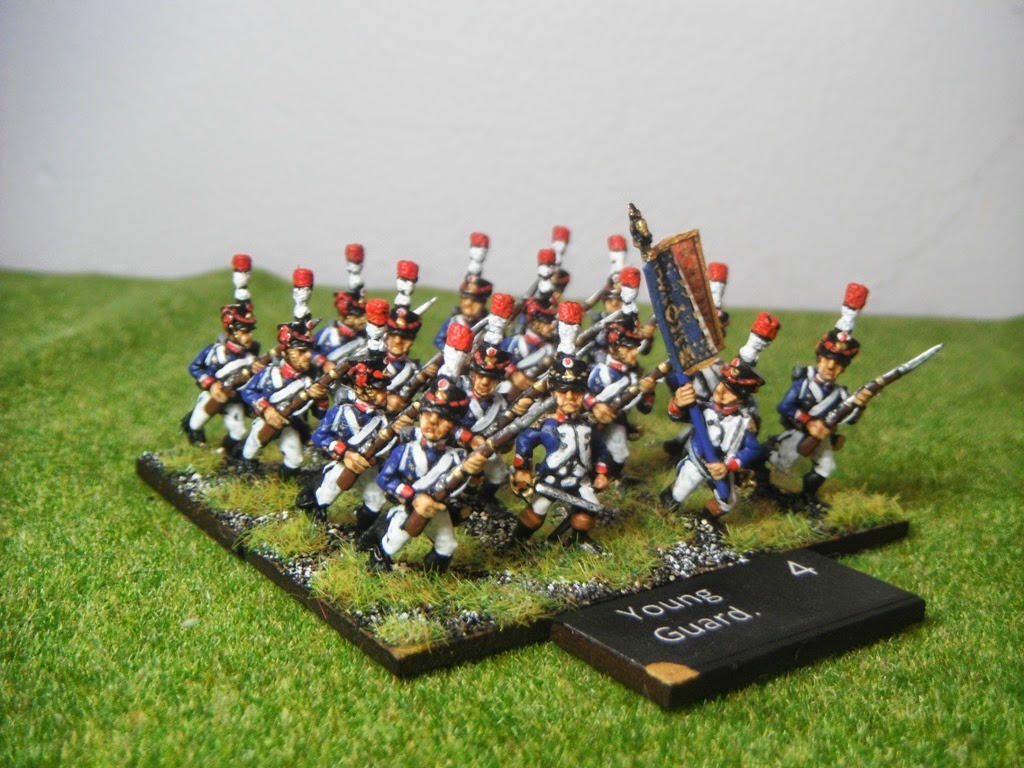 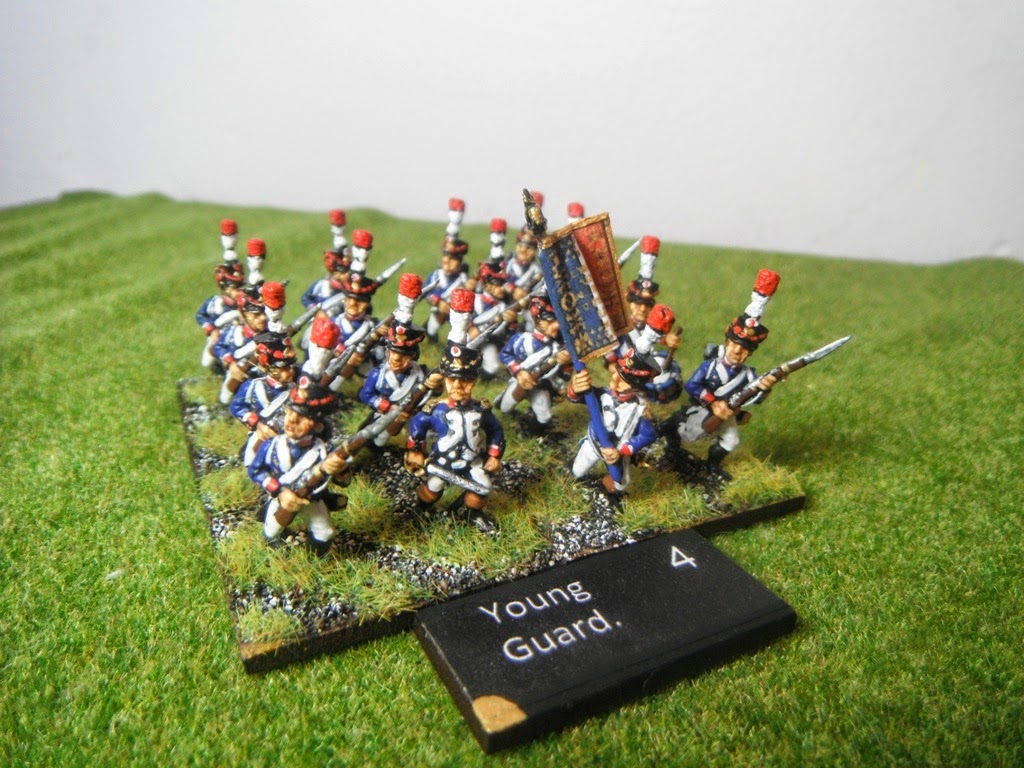 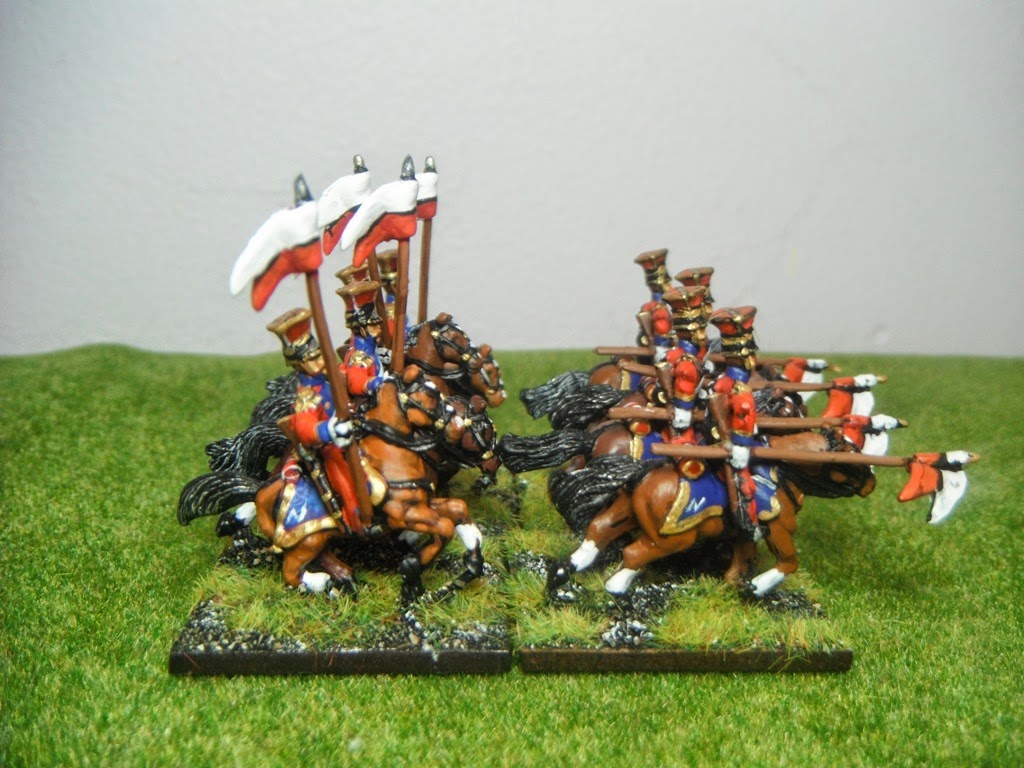