I have about completed the first of the 20mm ECW units for Graham. I think they are going to look impressive on the table with a block of 16 pikemen flanked by 32 musketeers plus 6 officers, drummers, ensigns! I think they have a nice early war period look to them and were enjoyable to paint. 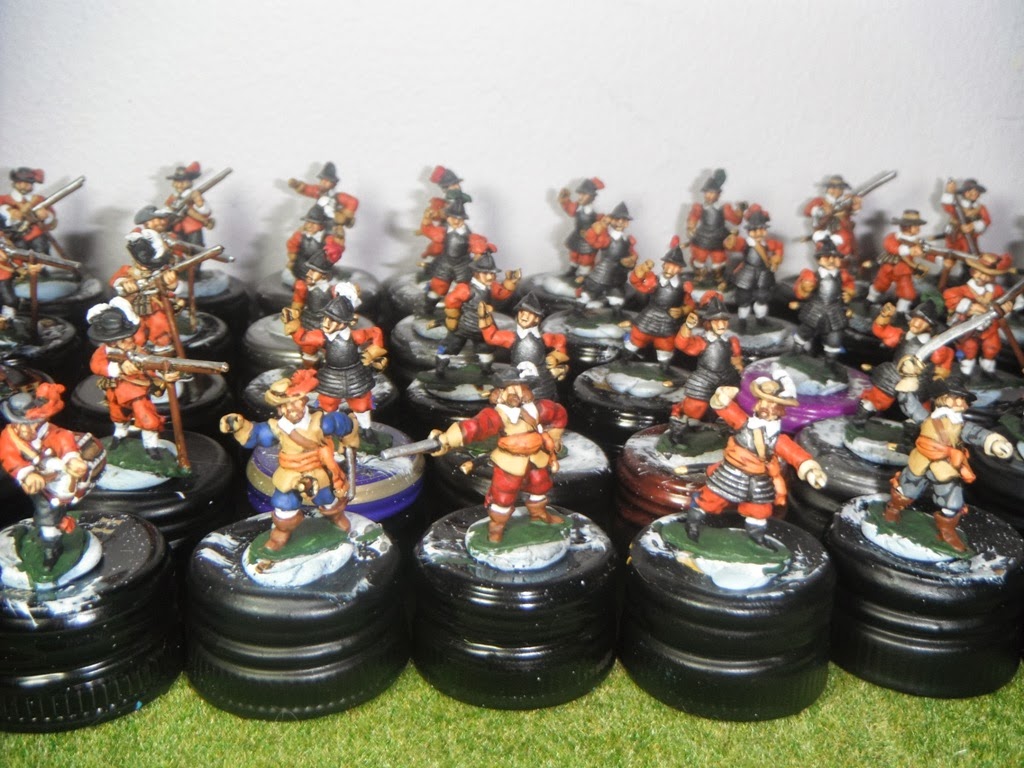 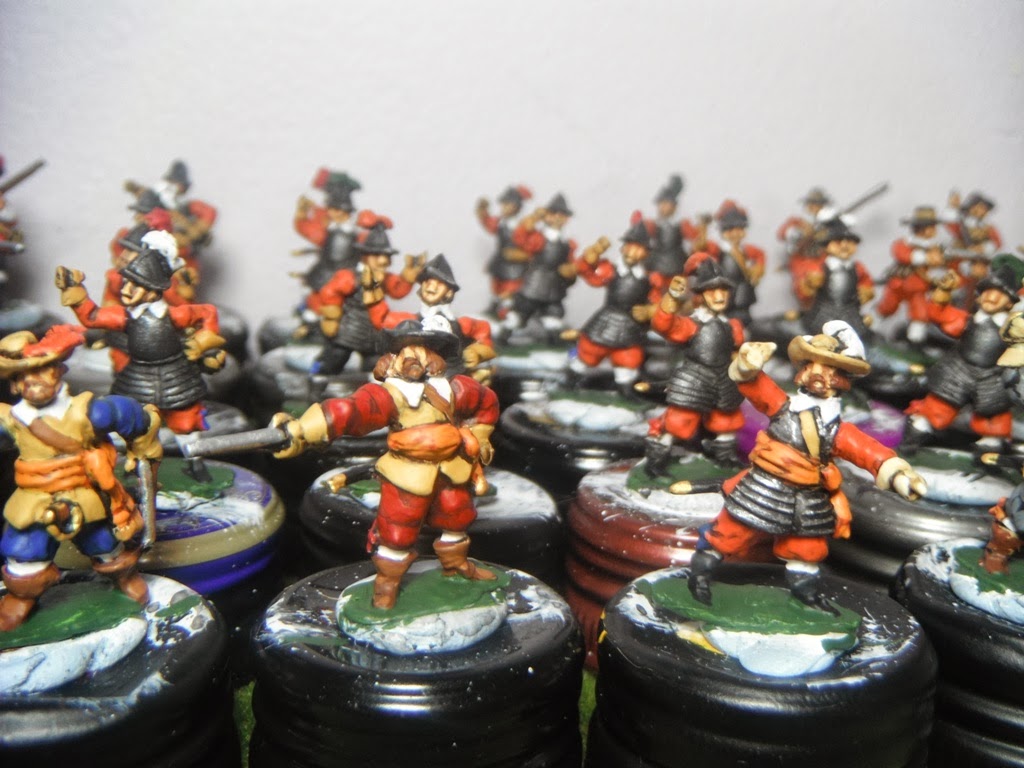 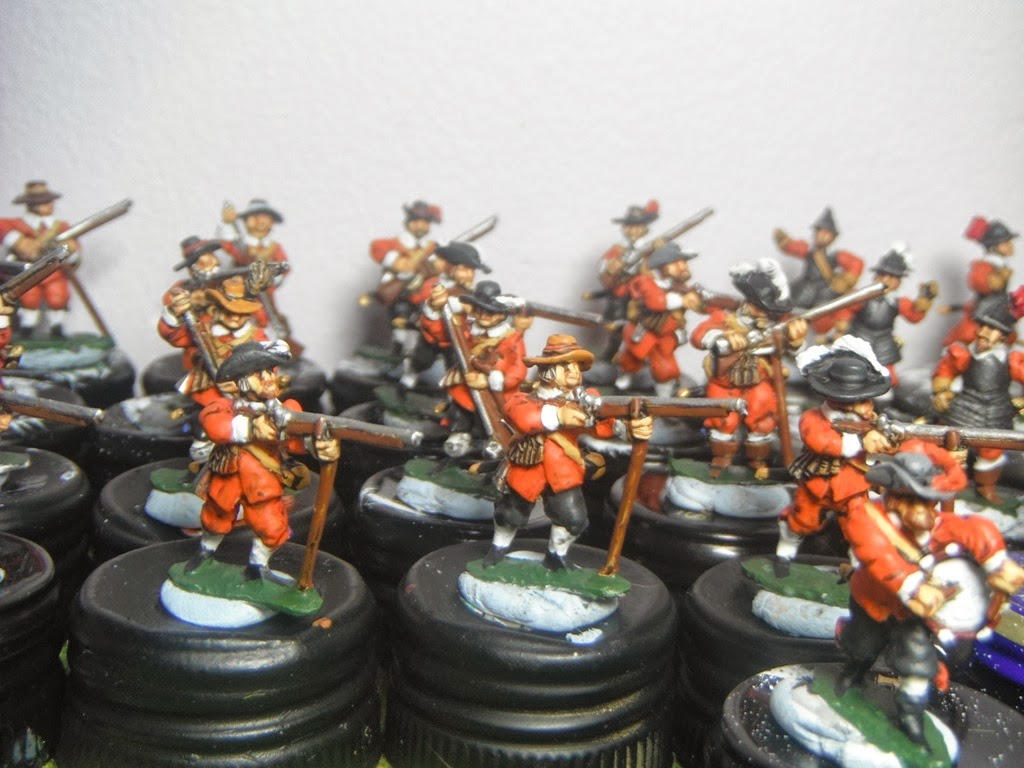 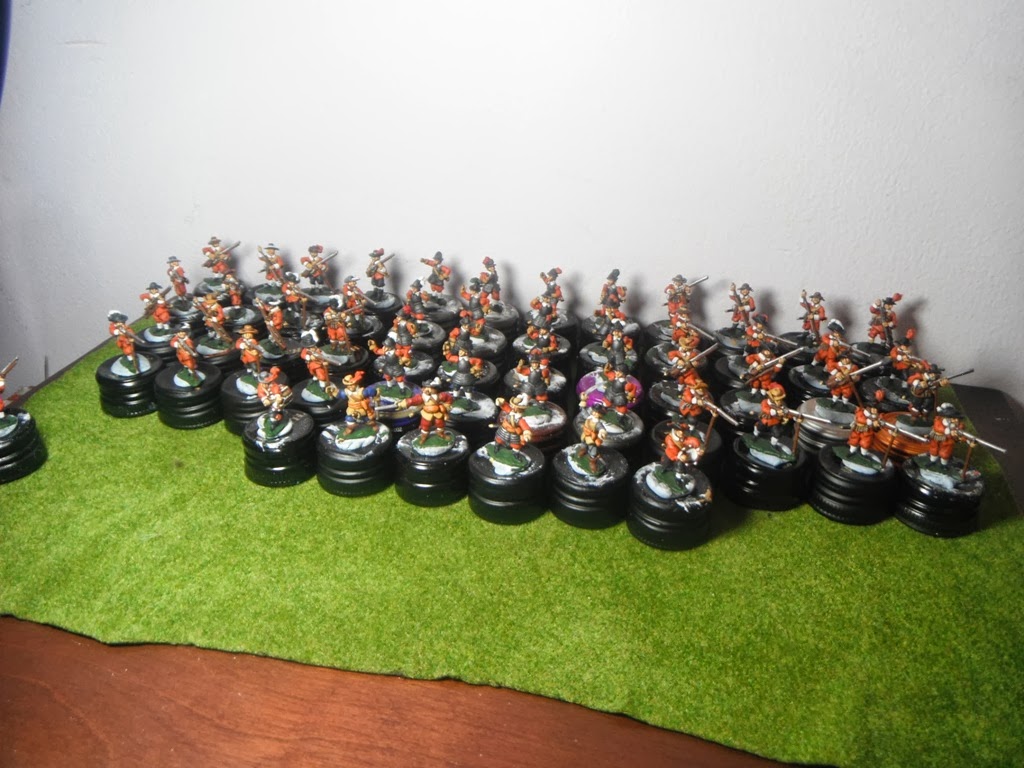 Not done so much painting for myself this last week but I'll have a bash over the weekend. I did manage these 6 Guard Foot Artillery crew, Essex 15mm figures as usual. 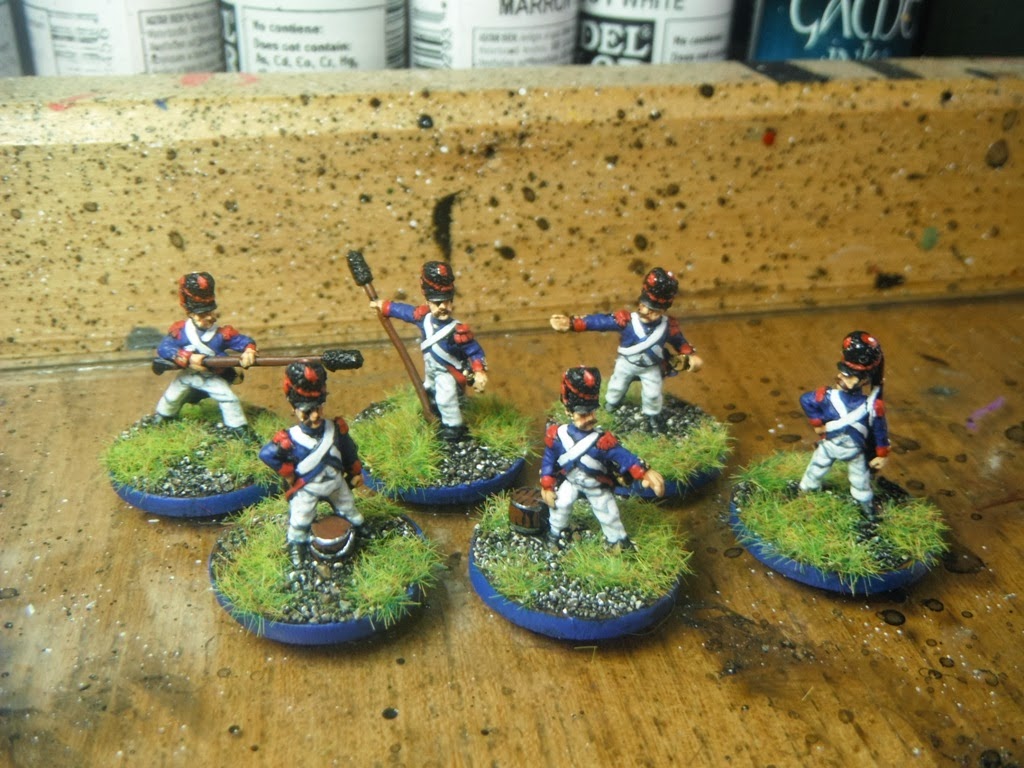 I find have sufficient troops in various types now to fight at least 2 of the C&C Russian scenarios. I have been thinking about simple movement trays again, single figures but placed on a tray to speed up deployment and movement. I can't quite make my mind up yet, but here are two early experiments, not sure that I like either of them! I'll come up with something or other. 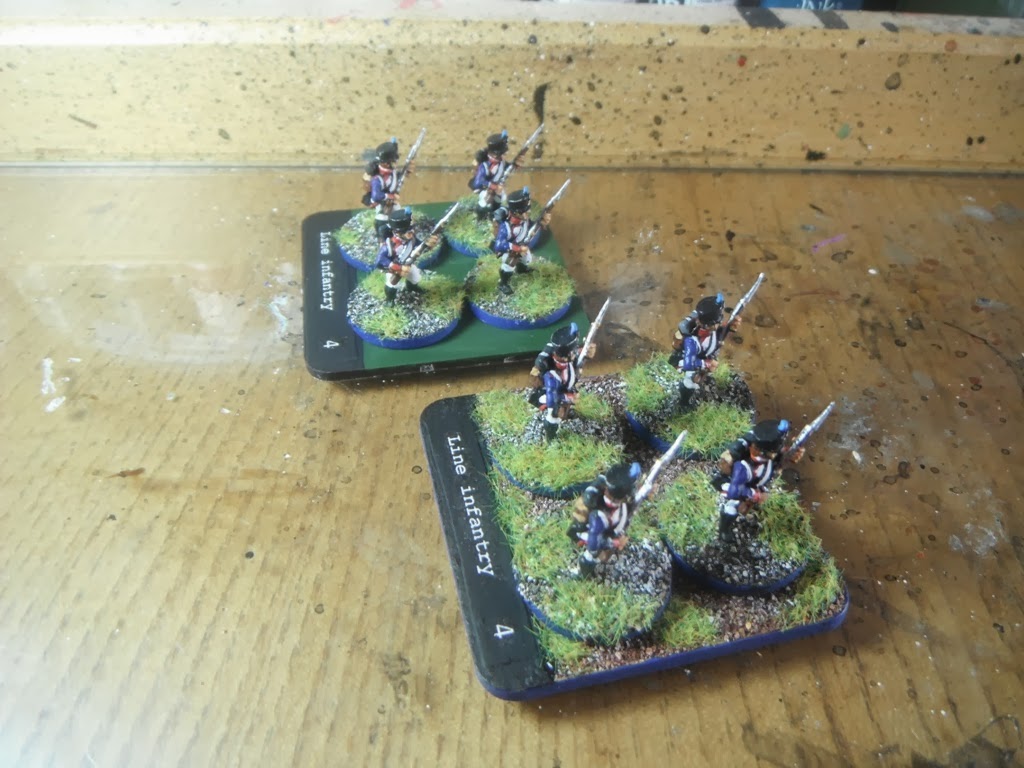