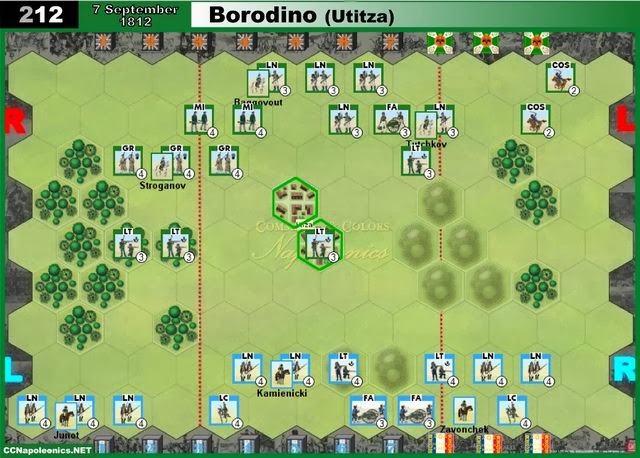 Another small yet balanced scenario from the Russian expansion. As I had a free afternoon I set this one up and played right through it. It turned out to be a real infantry slogging match, the French with their +1dice advantage in melee against infantry and the Russians who ignore the first retreat flag made for a hard fight along the centre. As the French player I decided to go for an all out attack against Utitza and after some initial success in routing Russian jaegers came up against solid units of Russian line infantry - some brought up to paper strength as a result of the 'Pre battle Mother Russia roll - who stubbornly stood their ground supported by artillery. Casualties mounted steadily on both sides but the French were unable to dislodge the Russians from the village. At one point a French 'Elan' card saw an all out assault in the centre ( the French had frustratingly few centre cards to play), but still the Russians stood their ground. I was a little shocked to see a Russian militia unit rout a french line unit in ranged musketry combat, must have had a bit of extra training those guys! The game ended in a narrow Russian victory 7 to 5 VP's and was fun from start to finish. Even playing solo the game rattles along and as I never look at what card I pick up after discarding the last played card it retains an element of uncertainty as to the strength of the command hand.

I enjoyed pushing my individually based figures around the board and have decided not to go for any type of movement tray now, but rather I need something to get the figures from storage to the board and back again afterwards, as this seems to be the most frustrating part of the process. I hope next game to get some more of my cavalry on the board.

The Napoleon 101 Podcasts.
I estimate that I must have spent around 60 + hours  listening to this excellent series over the last year or so and many have been revisited recently, for example the 2 Peninsular episodes and the 4 episodes relating to the 1812 Russian campaign as well as the 2 'Hundred Days' episodes. But for some reason I had missed 4 great later episodes (I think 50 to 54) which featured professor Alex Mikaberidze talking about the 1812 campaign from the Russian perspective. Having given these a listen I can thoroughly recommend them to anyone interested in this campaign. Mikaberidze's style is most engaging and delivered with a nice touch of humour, his knowledge of the burning of Moscow and the crossing of the Berezina I found fascinating and it certainly fired me up for the game above.

A few pics from the game, Essex 15mm figures of course. 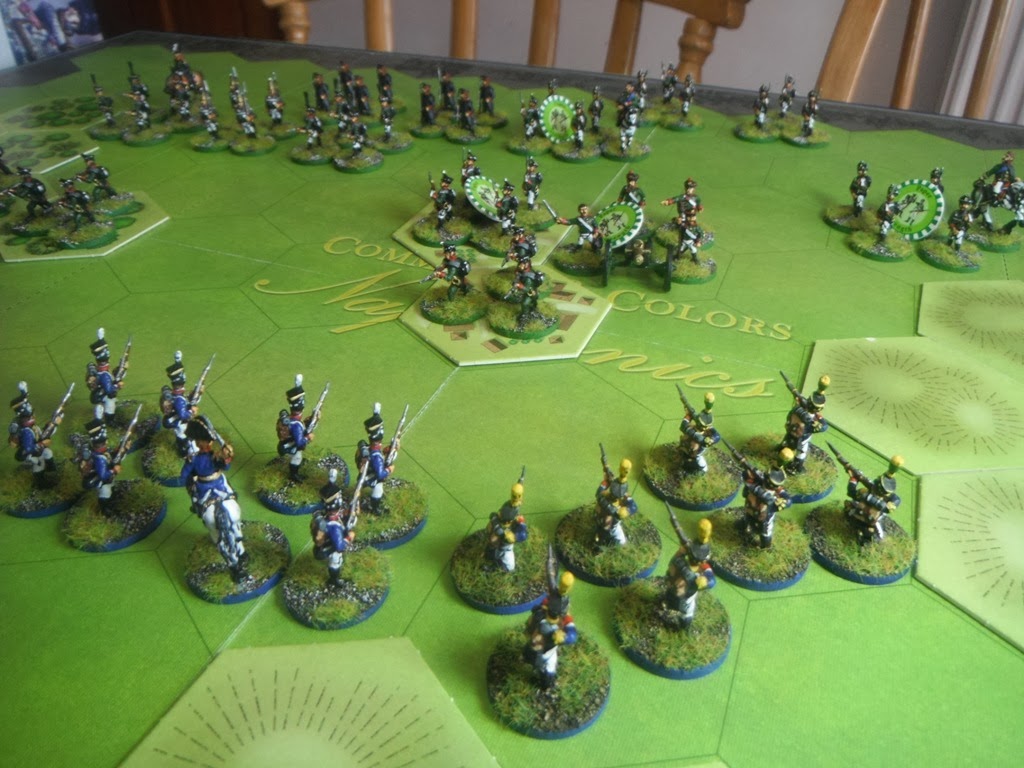 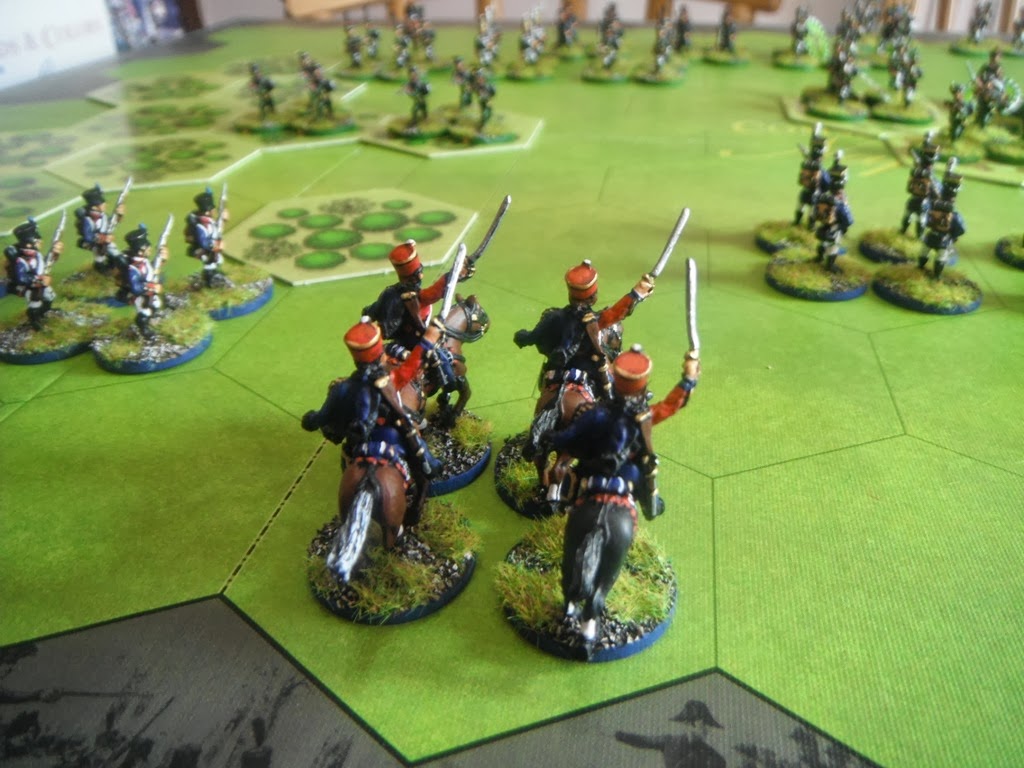 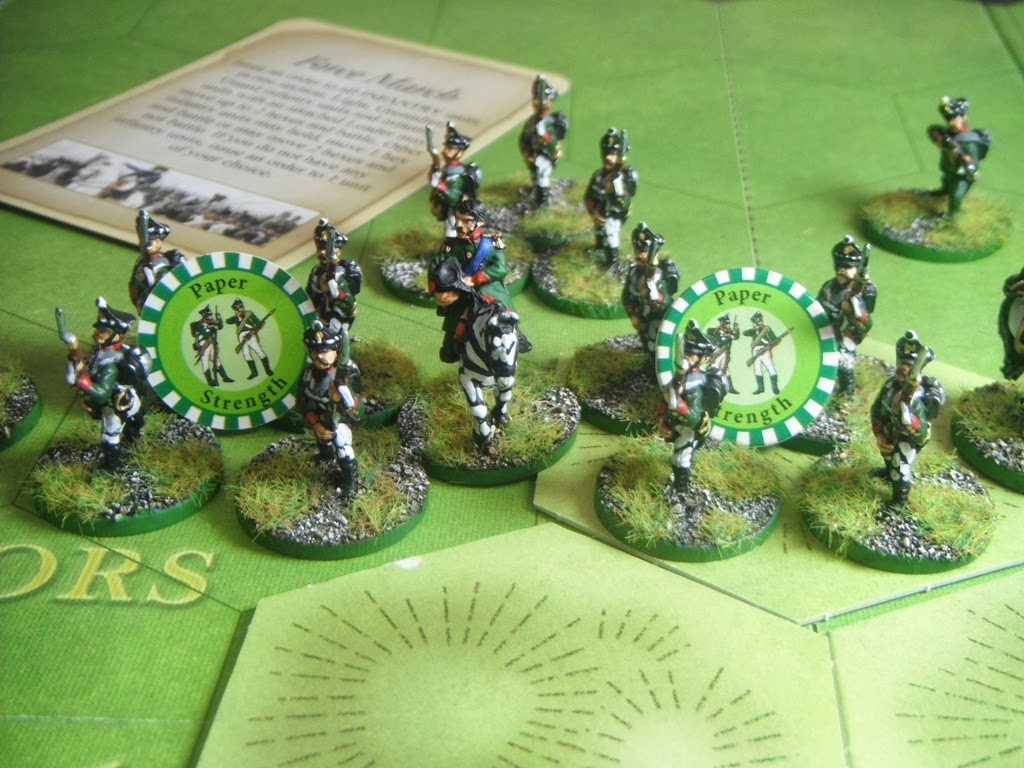 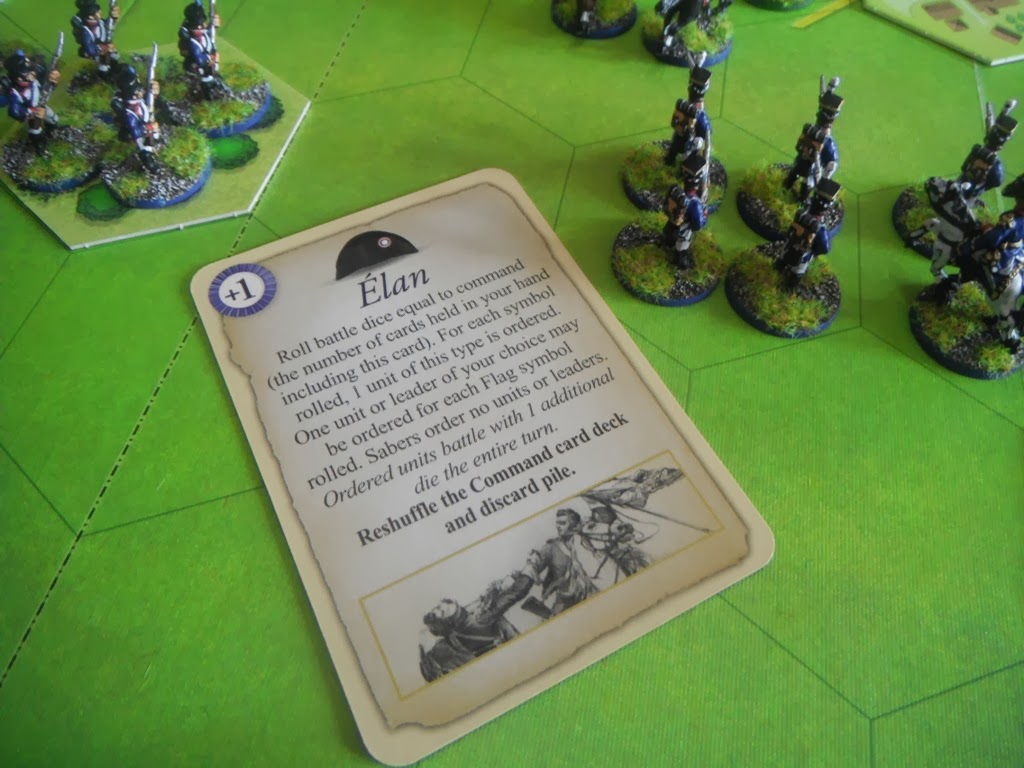 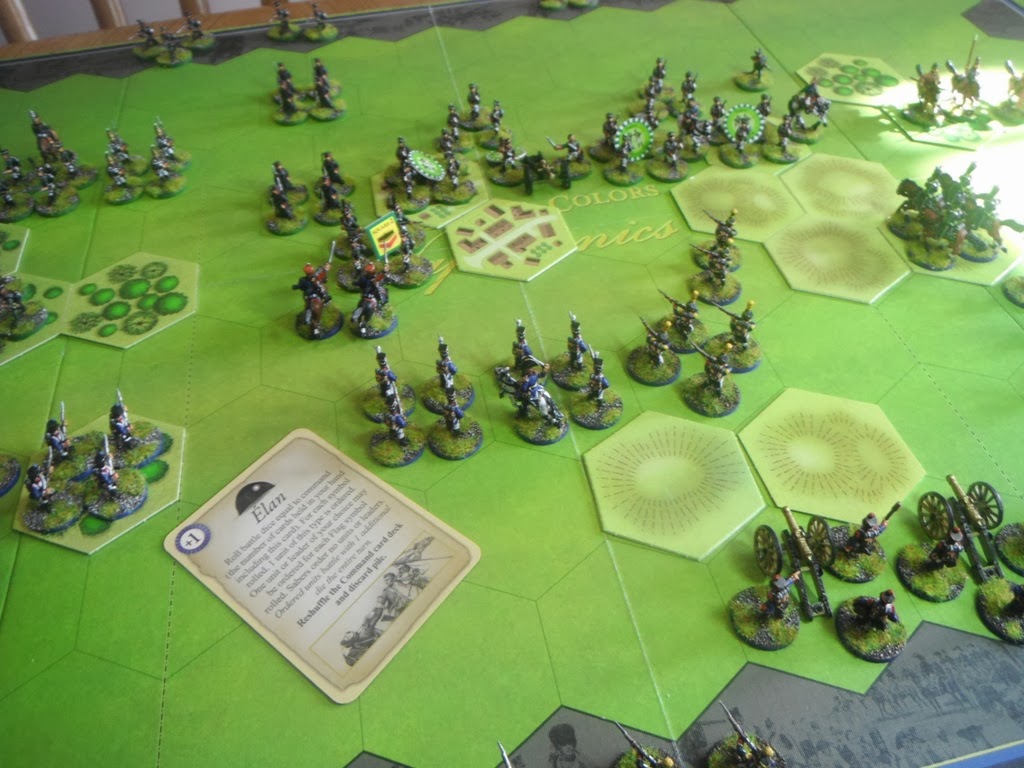