As the Commands & Colors for the American War of Independence project nears completion I'm already thinking about what to do next! Learning my lesson from previous projects I will not be tempted to take this much further as I now have more than enough figures painted (over 200 individually mounted figures) and the board is looking just how I want it to. I might add a few 10mm buildings of the period, free standing to sit on the town/village hexes and to be removed when occupied ..... simply because I like model buildings! I resisted to urge to use flocks and grasses etc, keeping everything to a basic board game style. I have made some roads - again for effect as they play no part in C&C - and I hope they may provide entry points for example for future games. Now the emphasis will be very much on the games, and I hope to try remote gaming shortly.... anybody be up for a trial run once it's ready?

But what next? I want to do very much the same thing with a different period now. But I don't want to have to paint hundreds of miniatures so it has to be a period where the individually mounted figures look right and I want to try something fresh and new to me. I have to say that I am VERY tempted by Memoir44. Having been following Conrad Kinch's games and reports on his blog I'm convinced it would be something I would enjoy putting together. Peter Pig make some beautiful figures and re watching Band of Brothers has certainly reinforced my interest in that form of infantry based combat. We shall see where this goes.

Commission work.
I'm settling back nicely into this now after some time off. Below are more figures for Old Johns collection- 20mm ACW's of course, by OOP German maker Debbeler. They are the Yankee camp musicians set, and the Yankee punishment set featuring a lovely 'wooden horse' and poor guy sat astride it ....ouch! Arriving soon will be the British and Hessian forces in 10mm to oppose the previously painted Americans, this time almost 1,000 figures strong - a six month project to run alongside work for John and some more ECW's for Tony. For this reason I will not be in a position to take on any further commission work until at least the New Year.

Could not resist trying the roads etc for a few pics..... a column of Hessians with skirmishers in front march resolutely along it. I'm really pleased with the overall effect and now it's time to get some games played. 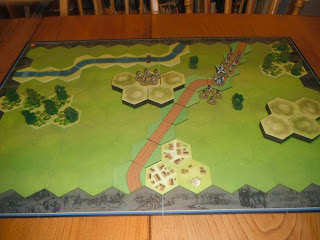 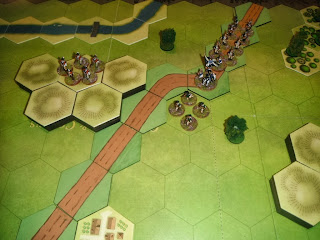 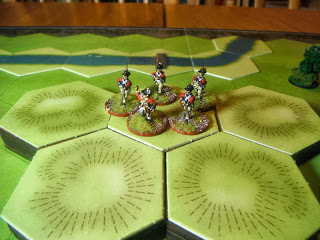 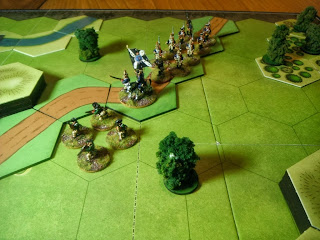 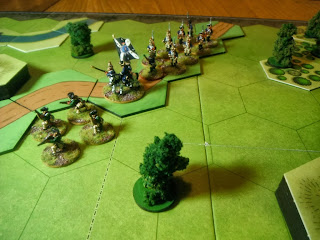 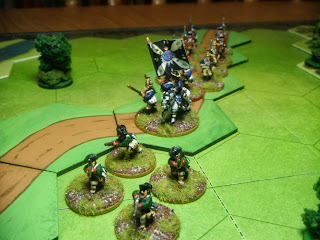 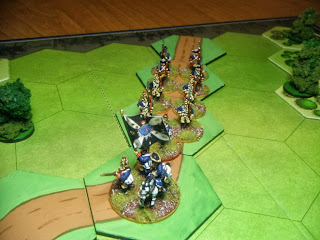 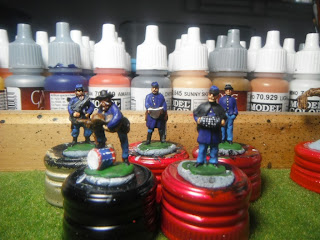 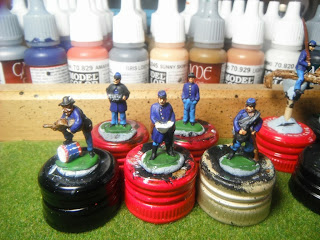 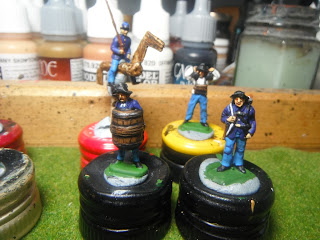 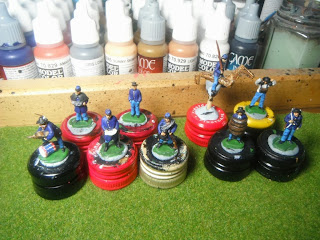