I have taken the plunge and decided to increase my AWI unit sizes for more conventional games. Plan is to keep the figures individually based for use on the C&C board but to expand each unit up to (initially) 10 figures each. I have had this in mind for some time now and in fact most of my 'units' already consist of 8 figures - Peter Pig supply figures in packs of 8 so it's just made sense to paint them up - so I'm working on adding command figures/drummers etc to bring them up to 10. As I am adamant that I won't re-base I'll use textured mdf bases to place the figures upon for larger games. This will of course require a larger hex board (100mm) or possibly experimenting with playing C&C rules using distance units instead of hexes, as I did a year ago or so. Main thing is I can continue to play small games on the C&C N board as I try out various ideas for expansion.  More on this shortly - I plan to try a game on the weekend to see if it works. I should add that I have been greatly inspired to try this after lengthy reading back through Ross' fine blog ( Battle Game of the Month).

As I have had a number of bags of Pendraken 10mm ECW's lying around for a good while here I thought I'd paint a few to see how they look (pic below). The figures are superb little castings as I would expect from Pendraken, but I'm sticking with AWI now.

Commission work.
A few pictures of latest work off the bench - more 20mm ACW's for John and the first of two units of 20mm ECW 'Town Guards' for Tony. The brief with these was to present 2 x 20 figure units of 'local militia' types who might turn out to defend their home town or village against attack. They are not fully trained or uniformed as yet, but some vestige of common coat colour can be seen here and there (a slightly grubby yellow in this case). Weapons are mostly improvised farm tools (as Tony said, they look like they are about to sort out your borders!) but with a small pike block. The odd smattering of old armour and cheap buff coats completes the look.

John's figures include Reb and Yank cavalry and more zouaves, I think all by Qualiticast. The galloping horses are some of the best I have seen in any scale.

Thanks to Andy for sending me the 10mm AWI British and Hessian forces to fight the Americans I previously painted for him, I plan to get started around beginning of  November. This project is just slightly short of 1.000 figures and will feature here as I progress. Andy very kindly included a copy of the Mollo AWI book for me to keep and a fine source of information it still is.

As usual lots of pics! 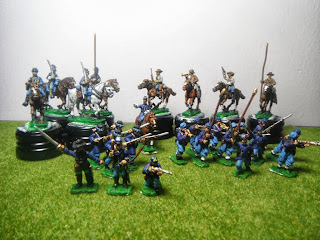 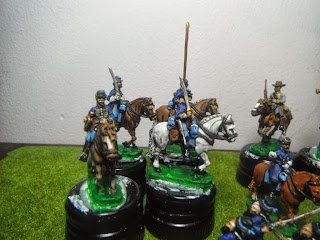 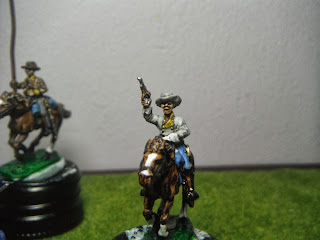 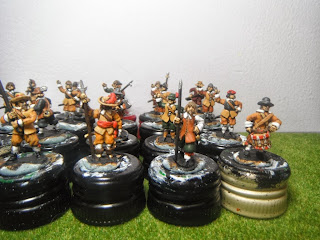 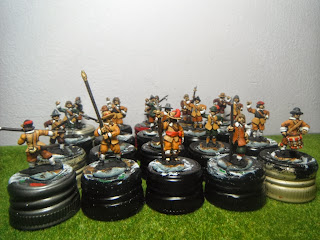 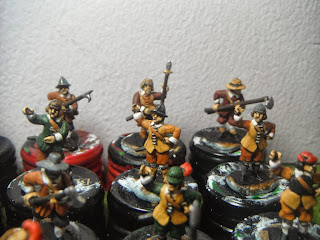