I have now completed the first 6 Russian units for the C&C Expansion. Line in greatcoat and full dress, a light infantry test base plus the 3 cossack units. Another 'greatcoat' battalion is undercoated for today and will be followed over the Easter weekend by 2 artillery bases (4 guns and crews), a cuirassier base and a second full dress base.... that's the plan, to fit around family gatherings and dinners etc. All in all I don't think it will take me too long to put together 18 to 20 bases, enough for a test game. I'll be adding the Russian Expansion set itself once I find it in stock over here.

The 'Mother Russia' Roll.
There has been a lot of discussion about the new game mechanic included in the Russian expansion, the ability to roll for additional blocks or complete additional cossack units after set up, which will add spice to the games I think. It is even possible to place additional field works to reflect the Russian tendency to build and defend such works. From a practical point of view this means that my unit 'block' numbers could change game to game so I'm looking for a way of making smaller markers that will fit snugly over the rear black area, probably from printed card.

The cossack units are all just 2 blocks each, and the loss of a cossack unit is not rewarded with a victory point to the opponent, another new innovation. This actually makes them useful for scouting and pining actions, they are in fact fairly disposable, but you could have lot's of them !

Russian Expansion review.
As I have added both of Marco's previous C&C videos here I thought I would add the new Russian expansion video as well. It's a neat review I think, I like the guy's style, and it shows a couple of the new scenarios and explains the Mother Russia roll (although he does make an error re cossack units which he quickly corrects!).


Here are a few more pictures of the growing Russian troops and also a shot of 'Gibbo' at work in the dispatch department. I swear I did NOT put him in that box, he climbed in as I was preparing it for packing.

Happy Easter all, have a peaceful and relaxing weekend. 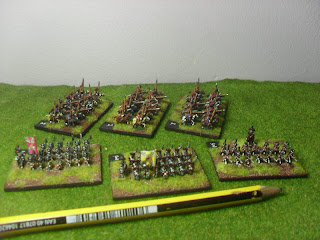 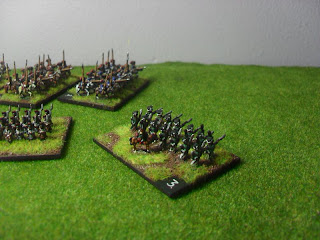 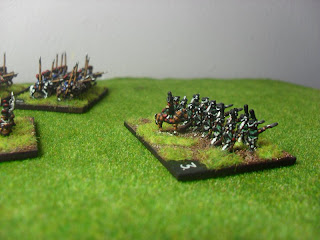 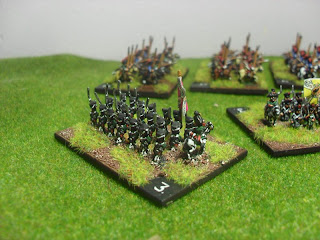 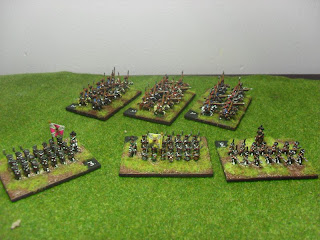 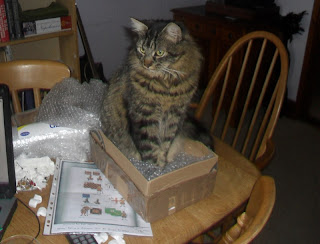