I knocked these off this morning as we have a family dinner planned this afternoon. This first base was a tester for the shades and colours I will be using. A good look around Goggle images threw up lots of variants on the greatcoat colours and I settled on the two you see here, a mid grey (Foundry Arctic Grey) and Citadel Mournfang brown, a favourite of mine. Little point really in shading in this scale (although it can be done), I prefer to let the black undercoat add depth. The shakos are depicted covered but I did still add the red pom pom as I felt it lifted the overall look slightly.

I'm working hard on improving my 6mm faces too now, it's just a matter of 4 tiny touches, down the nose, on the chin and a fine stroke down both cheeks. It gives a reasonable impression of a face I think and is better than a 'blob'.

Commands & Colors Russian Expansion tells me Russian Line are 3 blocks, have good firepower and may ignore one flag throw- which I guess reflects the very stubborn fighting ability of these troops.

I'll be painting units in both greatcoats and full dress as well as Grenadiers, lights etc as things progress. 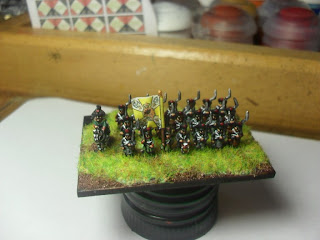 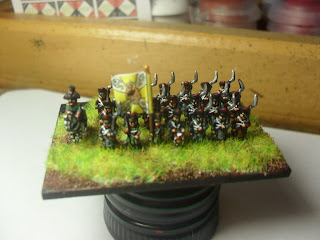 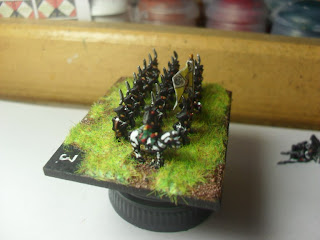 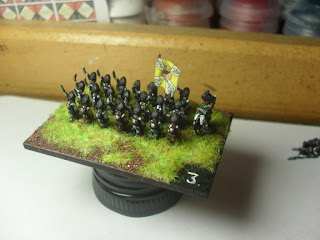 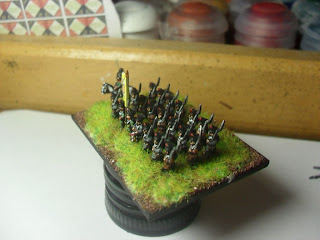