OK, so I'm trying hard to resist the 20mm WW2's! This morning I gave myself a good kick up the backside and painted this 4 Spanish figure command group. Hard to describe how much pleasure I got from painting these colourful mounted figures. Couple of episodes of Father Ted in the background made for a most enjoyable couple of hours at the desk. I do have a fair stock of AB Spanish in the painting queue.

Just waiting for a re stock of MDF circular bases from Tony (ERM) who is also cutting road and river sections for me. As an aside Tony has some really nicely pained Lamming ancient Egyptians on his home page. Tony owns the full rights to the old Bill Lamming range although he does not currently have the Napoleonics listed in his shop. He is gradually working to replace some of the old moulds with new ones where required but can cast figures to individual order if you contact him. 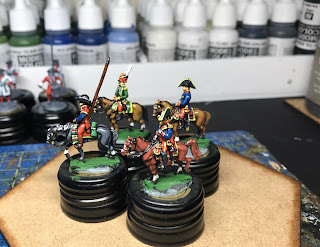 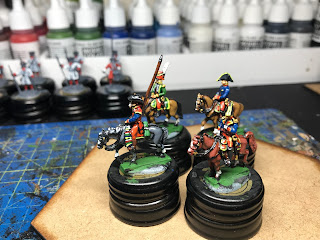 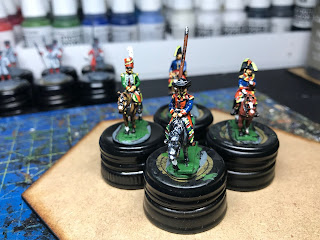 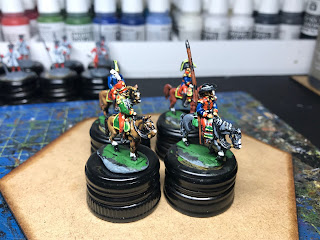 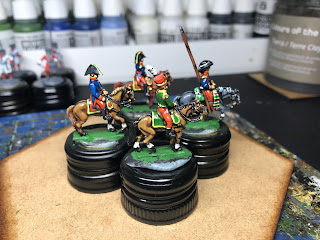 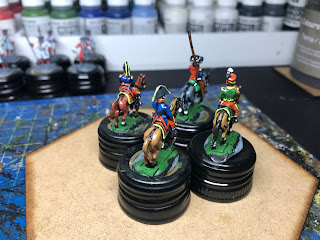 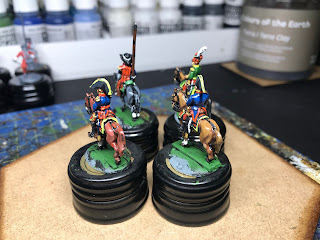 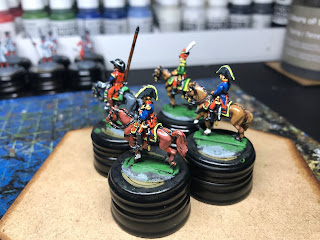 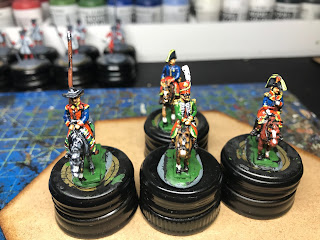 Edit: As Ray asked about the figure with the lance slung behind his shoulder, he is a  Garrochista, Spanish irregular cavalry. AB have more of these in the pipeline so will be possible to have a full unit of them in the future! The second centre figure (above pic) is a Cazadores a Caballo and I have a unit of these on my desk ready to follow up in due course. 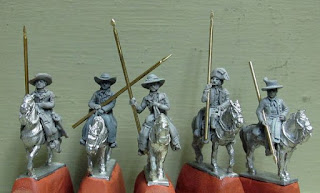 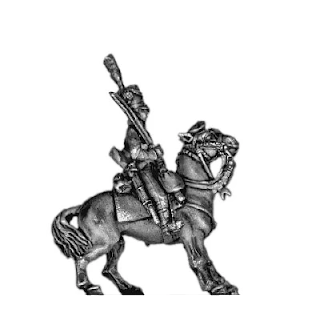 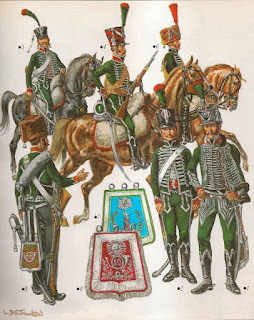