Basing completed and a new printed mat on order.

I have now finished basing all of the French/British & Portuguese figures on the new 100mm frontages. A total of over 50 bases all in so far. The Spanish will be next but I'm taking a break from my own figures to start on Old John's WSS figures.

I had been thinking how best to create the Commands & Colors hex grid but in the end decided that it would involve far too much time and effort to make one myself so I have on order another of the excellent Tinywargames printed mats (grass with some rocks) over printed with a standard 13 x 9 hex 125mm grid. I have requested that this time the grid be printed slightly lighter than black which is a service they offer.  I like the fact that the cloth can be rolled up and ironed if required, but above all you get a very accurately printed hex pattern, something I have found impossible to achieve by hand in the past. Once again I will attempt to reproduce a printed matching hex for the top of my hills which will be 20mm high with plain green painted sides. I have a good stash of MDF hexes thanks to Tony at ERM and these will again be used with 5mm foamboard to create the hills. Might seem a bit odd doing the same thing over again but slightly larger but I'm 100% convinced that the bigger units on the bigger hexes work and look much better, with more space for trees/buildings etc. The fact that it still all fits comfortably within a 6 x 4 space is also very pleasing.

I'm going to do a Grand Review of all the bases so far when I get the chance, but here are a few more finished unit bases in the meantime, I really can't wait to get this lot on the table and into battle. What I like is the ability to mix troops types, for example 'Guard Heavy Cavalry' base consists of 4 Horse Grenadiers and 4 Empress Dragoons which works for me as I really could not paint full units any longer. The 'Old Guard' are represented by 2 battalions of Grenadiers as both were issued Eagles so it looks OK.

The collection consists of both Blue Moon and AB's as said previously the BM infantry sit pretty well beside the AB's but not so the cavalry who seem to have smaller heads/headgear. For me the future is AB though.

Finally I can fit my windmill together with a troop base into the hex! 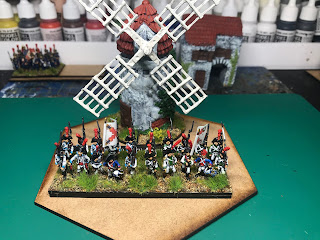 The Imperial Guard so far! 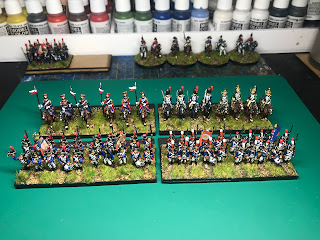 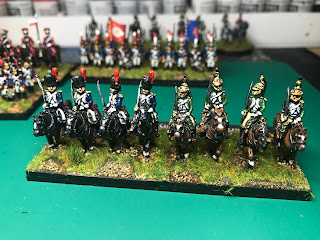 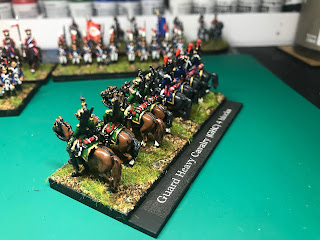 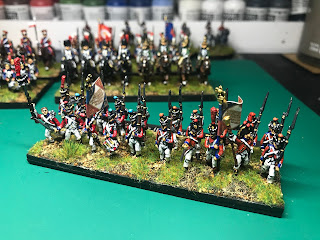 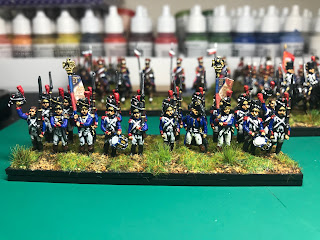 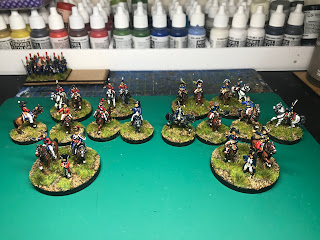 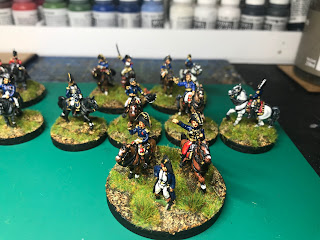 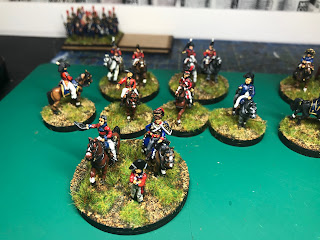 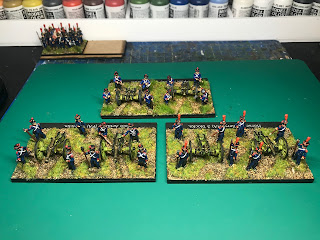 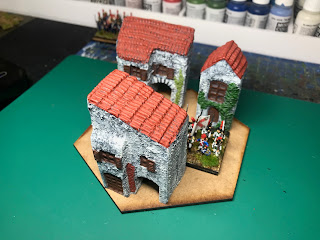 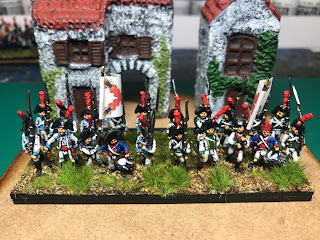 Edit: Image sent to me by Tinywargames - decided to stick with the black grid. 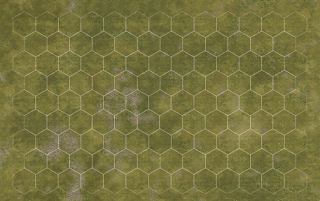 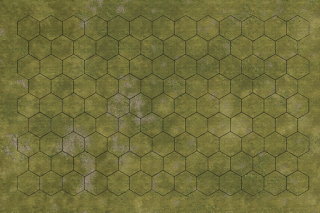