I seem to be caught up in a lot of basing at the moment, as I decided after much thought to organise my 40mm Napoleonics for the DBN rules. I purchased a copy and after only a couple of read throughs was hooked. I just think they will work for me, and will allow me to game with these large figures on a modest  size table as movement rates, ranges etc are quite modest. I will expand on this in due course, but in the meantime here are a few shots showing the new basing method. Of course I was not prepared to remove all of these from existing bases, but rather to put them onto sabot bases, which comply with the standard size DBN frontage and make handling these figures so much easier.

DBN stipulates 40mm frontage bases, with the game played on a 2' square board (12 point games. I have gone for 120mm frontage bases featuring 12 foot, 4 cavalry or an artillery battery. The beauty for me is that one can deploy up to 5 bases as a formation- march column, attack column or line- and the figure mass looks really impressive in this scale. A formation can be activated by a single CAP (Command Action Point). I won't go much farther yet, but you get the idea below, I still need to sabot base the cavalry in 4's (120mm frontage). The other thing is that I won't be trying to squeeze these into a grid, I could just not make it work without breaking the units down into too small groups of figures to fit!

Finally, how refreshing it is to read a set of rules that don't cost £30 + quid, and are not full of images of beautifully painted figures! The download cost £12.00 and I was happy to pay that for a set of rules that I know I'm going to enjoy using and very easy to cross reference with example diagrams at the rear. 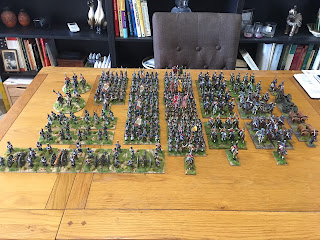 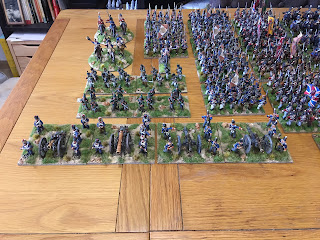 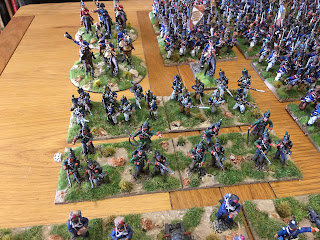 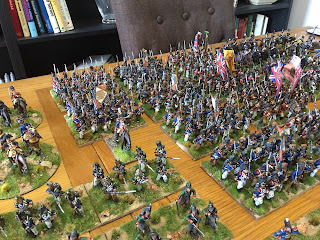 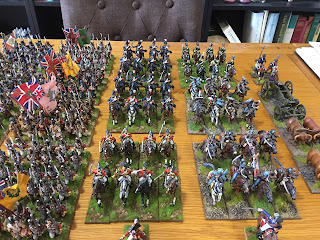 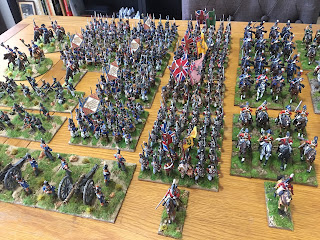 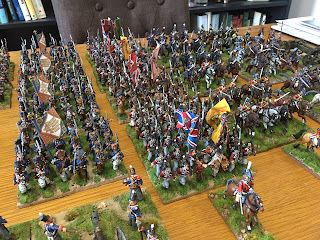 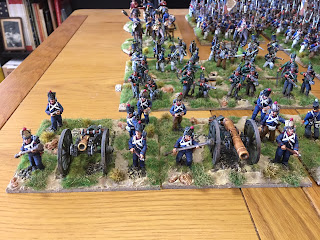 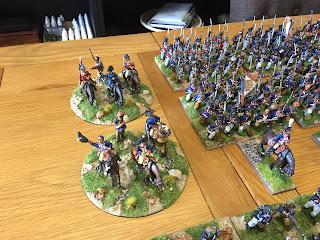 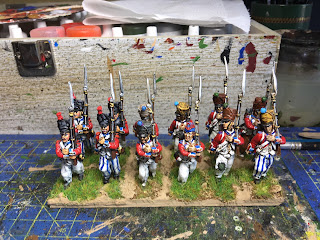 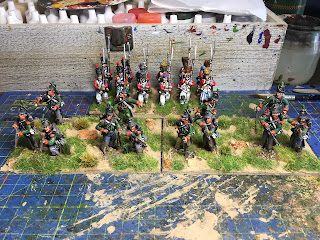 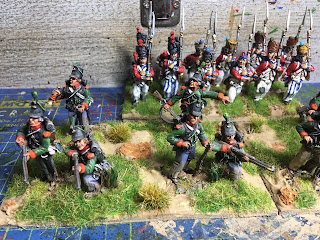