Having rebased all of the 40's I found another 8 unpainted highlanders in the drawer, and with 4 left over from the re organisation of the battalions I decided to add another 12 figure DBN base to the 92nd regiment. This will bring them up to 36 figures on the display shelves, but for DBN purposes each base of 12 represents a larger formation, I like to think in terms of battalions. Moving the three bases as a 'formation' gives a nice appearance of mass on the tabletop.

One thing that I have noticed about the highlander castings is a tendency toward weak bayonets where they join the barrel, quite a number were broken and have required repair. No real problem though but of course the 40mm's are expensive figures. 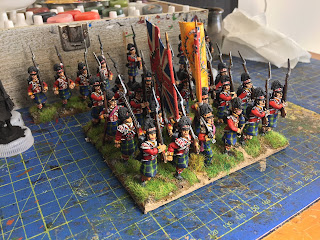 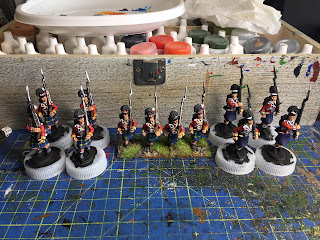 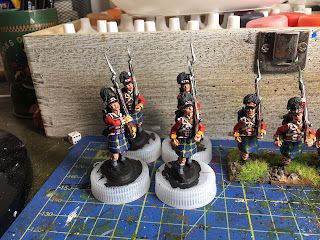 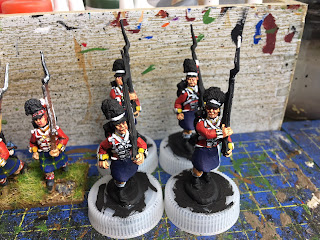