Here is the 40mm French army so far, parading together for the first time following a dusting session! 195 figures in total, 5 battalions of infantry, a skirmish screen of 16 voltiguers, two artillery pieces with 10 crew and 3 x 8 figure squadrons of light cavalry, the elite squadron and 1st squadron of the 2nd Hussars, plus a squadron the 4th Chasseurs. I do plan to reduce the size of the mounted command bases as they are a bit long. The infantry battalions are each of 24 rank and file plus 4 foot command and a mounted Colonel.

I do plan to add more cavalry and want to add a Swiss battalion to the collection this year ( a British formed light battalion is planned first though after the cavalry). The flags are just what I found on the net, more research will possibly be required before I order replacements from GMB in due course for that finishing touch. 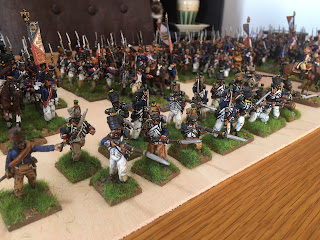 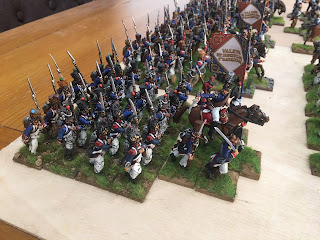 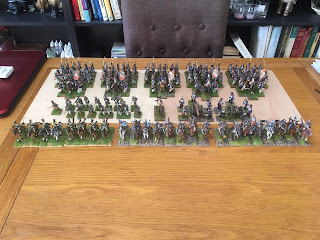 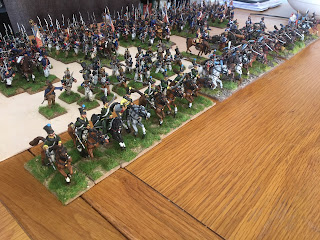 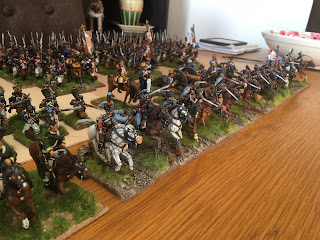 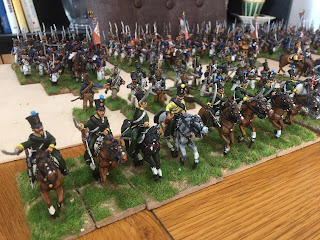 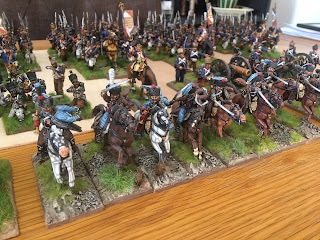 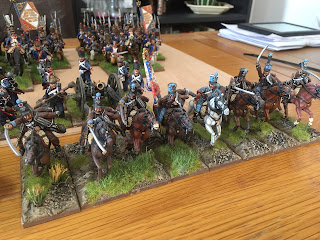 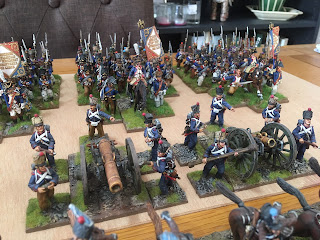 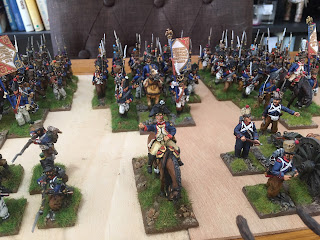 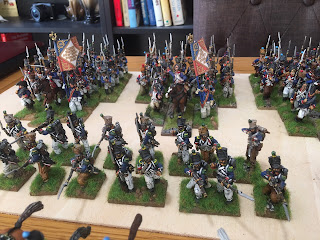 Now, if only I could find the enthusiasm to build the terrain for them. This is most inspiring: