OK, so I'll start this post by admitting that I have gone and done it again, I have sold the 18mm Blue Moon Napoleonics and they are now winging their way from the Costa Blanca to Scotland. The new owner will use them for actual wargames, and I can now re focus on the 40mm collection. Just to fill in a bit more of the story, when Rob became the new custodian on my large Hinchliffe ECW collection before we moved to Spain last year I reinvested some of the spoils into a lot of the Blue Moon figures. They languished in the box untouched until before Christmas when I started knocking them out at quite a rate, I enjoyed painting them, that's what I do these days, but once again the prospect of actually using them became a bit of a headache, causing me to ramble on about grids and rules etc. I'm happy that they will now be used, time to move on once again. Iain, you were right my friend!

I immediately returned to painting the four 40mm Chasseur figures that had been sitting in  drawer for quite some time with just the black undercoat. You see below some progress shots and the finished squadron of eight including an officer and trumpeter in reverse colours. I spent a fair bit of time on the horses. gradually building them up to the highlight and I'm quite pleased with how they turned out. With these done I set to bringing the basing of all the British so far to a consistent look with more static grass and a buff dry brush on the stones. Took a few pics of course, the French are next up so that the basing right across the collection is consistent. More will follow.

Who knows whats next! I really fancy painting something different.

Figures by Sash & Saber (USA) available in the UK from Andy at Old Glory. 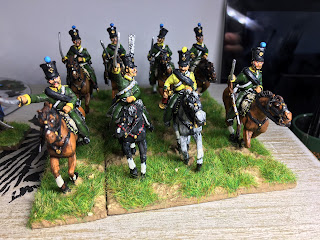 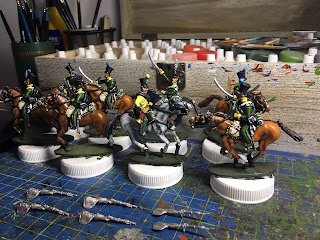 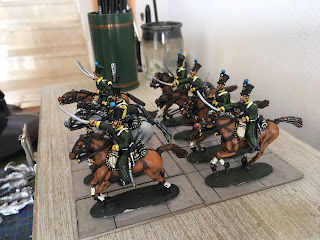 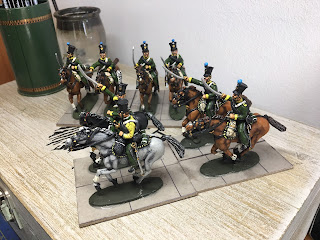 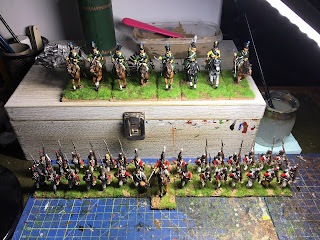 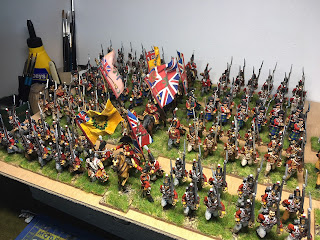 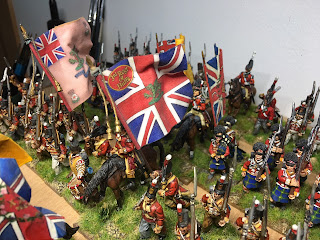 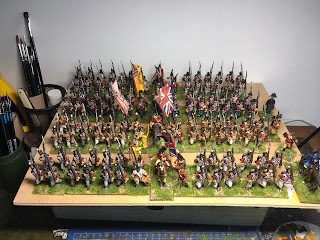 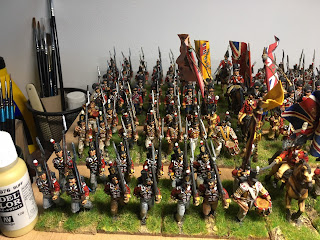 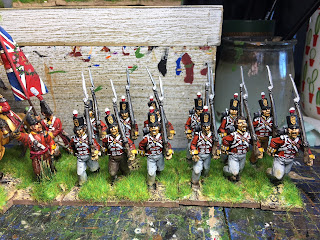 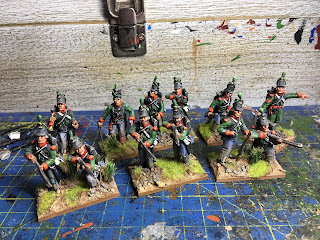 A quick shot to demonstrate the packing method to the BM's new owner on the journey back to the UK. Lots of business card boxes, a perfect tight fit for 6 x 30mm square bases. Strong outer carton. 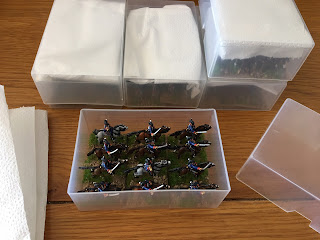 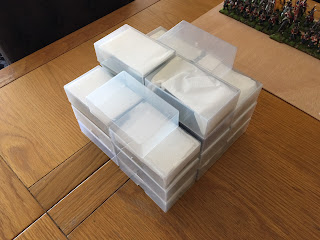