'Band of Brothers' for Bolt Action.

I received these in this mornings post, Warlord US Airborne figures painted by (as usual) John Holsman to his usual crisp high standard. These were not commissioned figures but rather 'Buy it now' via eBay and I am very pleased with them. I had been eagerly waiting for the US Airborne plastic multipart box set to be released, and the opportunity to grab a couple of squads ready painted was more than I could resist.

The Bolt Action lists for post Normandy offer the chance to feature both US infantry and Airborne in the same force as they quickly linked up after the D Day landings. 'Band of Brothers' has long been a favourite TV series of mine and these figures replicate them perfectly. Having now decided to focus BA purely on infantry based actions it seemed fitting to add these into the growing collection.

These guys should give the Germans something to think about! 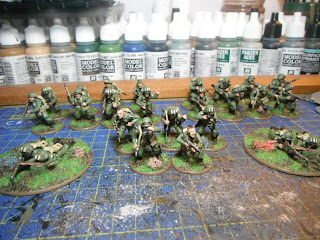 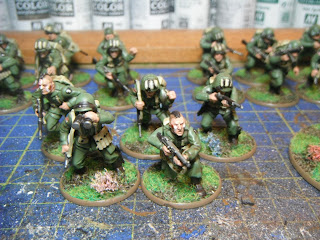 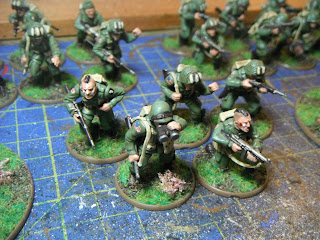 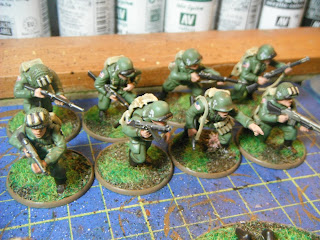 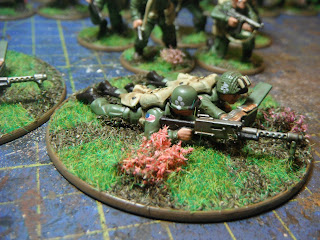 Dad's Army set.
This is the 8 figure 'Home Guard' set plus the 2 figure Verger and Vicar set. I  wanted to show them in the bare metal before they are painted because everyone who has seen them so far has been astonished at the way in which they have captured the iconic characters. These again by Warlord and come with rather nice slot in bases, as the strip below the feet is inscribed with each characters name so would be a shame to cut off. My intention is to texture the bases as usual so that the painted figures simply slot in or out. I can see these becoming quite a collectors piece in fullness of time. 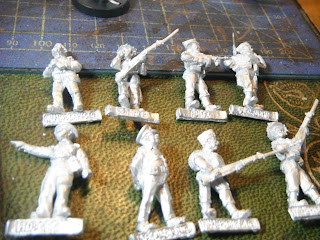