Inspired by the videos of The Terrain Tutor I ordered up a few more packs of materials, some DAS air drying modelling clay and wire wool (smoke markers!). A trip to B&Q added several tester pots of suitable ground colours, a couple more carpet tiles and more sticks for my hot glue gun. Not had a lot of time this week, but I did manage to cut out and drybrush one of several planned 'ploughed' fields and add it to the table. My intention is to completely break up the board with a series of patchwork fields to represent ploughed up earth as well as harvested wheatfields and taller crop fields, all surrounded by 30mm tall 'bocage'. The fields are being cut to conform to the 6" & 12" hedge sections made for me by Simon at S&A scenics, slightly taller than his standard size 4 hedges. To this end he is making me another 4 packs of hedges plus another couple of packs of his size 3 trees. That should finish the job nicely. Once all the tiles are drybrushed and shaded they should look nice, and I'll be adding lots of hay stacks where appropriate, as done by The Terrain Tutor, very simple but amazingly effective, thus the DAS clay and hairy coconut matting! I'm just enjoying myself planning for this. Another TT inspired project is to make explosion markers from clump foliage, I could not believe how realistic they look when finished and painted and placed on top of a destroyed model tank. I have a load of clump foliage saved from my first attempt at making bocage, I'll make a few up this week and get them painted to illustrate the effect.

Meantime I have a game on the table German v US, loads of tanks, Shermans, M10's Stuarts, Tigers, StuG's and Panzer 1V's as I refresh myself with the rules. The enlarged Flames of War reference sheet has been reprinted and stuck on the wall at the bottom of the table, I can mostly still play off the sheet together with the printed army list from FoW army builder (here) that contains all of the stats for the selected platoons. THanks to 'Foy' for taking the time to enlarge and shoot the original A4 two sided playsheet into this magnificent double sized wall chart, it's 4 sheets of A4 card printed and stuck together and very easy to read.

I have a 4 base German HMG platoon on the work bench, plus 2 M20 scout cars to complete the US 2nd armored list Tank destroyer platoon ( 1 command recon jeep 50cal, 2 M20 Scout cars & 4 M10 tank destroyers). That will see the US list about done. Air support was a choice of a Thunderbolt or P38 Lightning, I went for the latter due to it's unusual shape and combination of bombs and rockets. Airstrike rules in FoW are quite straight forward, far more so in my opinion than Bolt Action. I find the little 'Battlefront' aircraft quite collectable, I have an ME262 on order for my late war Germans.

Tanks are a mix of Battlefront, Forged in Battle (resin) and Plastic Soldier Company, I have a platoon of 5 Panthers to build and paint in due course. Figures are mostly Forged in Battle with some Peter Pigs being added as I like them. I also have a lovely metal Bergepanther recovery vehicle by Peter Pig assembled and ready for painting. 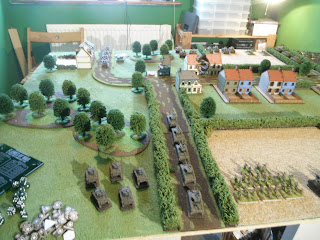 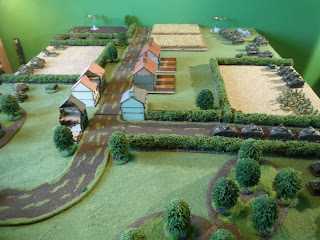 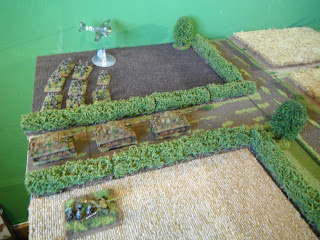 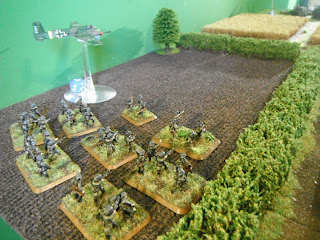 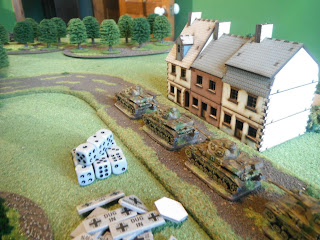 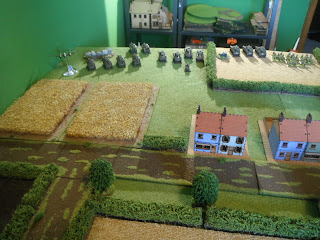 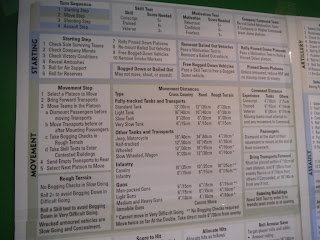 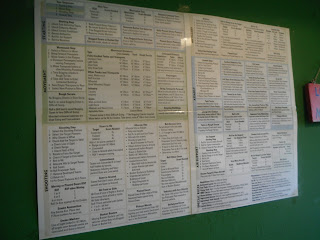 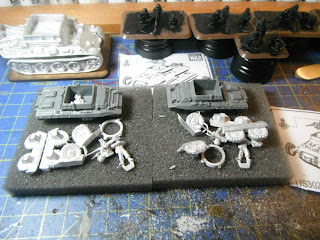 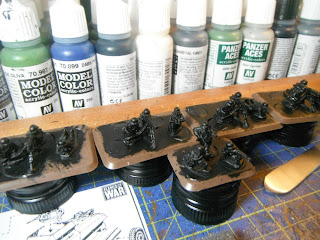 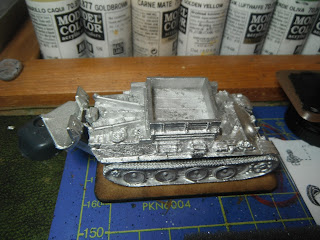 In other news.....
My Son in Law usually picks up a box of beer for me when he visits his wholesaler, last couple have been 'Golden Ale' selections, my recently acquired taste, but he excelled himself this time, turning up with this huge festive 'Advent' selection of 24 craft ales! No way was I going to be able to wait until December 1st to try a few, and with the family round for Sunday dinner I sampled a couple of the beers. There are few odd ones in there, darker heavier Winter Ales, the usual Chocolate beer and even a Sticky Toffee Pudding Ale, but all seem eminently drinkable to me. The box included a nice glass and 24 x 330ml bottles, very nice, cheers Jay. 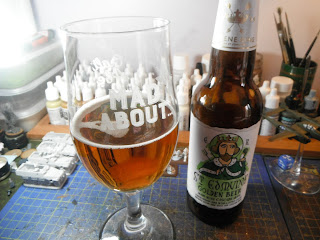 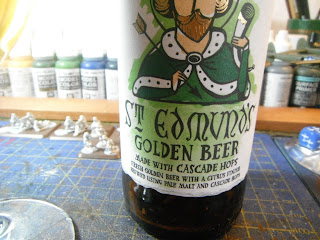 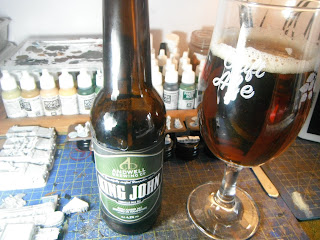 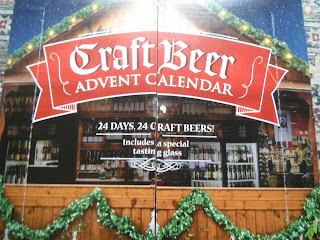 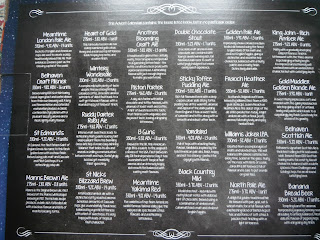