Breaking down the Germans for Bolt Action.

Reading through the posts on 'Army lists' section of the BA forum has given me some fresh impetus to give Version 2 of the rules another bash. I started looking at the smaller 750 point lists and found a particularly good one for my Germans, and what struck me was that it broke down the standard 10 figures infantry squads into 2 sections of 5 men each, working independently, but supporting each other. This is a historically accurate representation, with the MG42 section (Gunner, loader and 3 riflemen) putting down suppressing fire, pinning the enemy while the other section (NCO with sub machine gun and 4 riflemen) moves forward. In Bolt Action terms each section gets it's own order dice, so it's possible to replicate this tactic in the game, and if the LMG section can cause the enemy unit to return fire then the second section is free to attack them as the enemy unit will have used it's order dice for that turn. I like this use of historical tactics so decided to see how I could make this work in my own German platoons.

My Bolt Action Germans have grown to a sizeable collection, so it was no surprise to find that I could easily field TWO 750 point platoons from just the infantry alone, leaving the tanks and armour etc in the boxes as potential reinforcements for bigger games. Going through the squads I found I could now field a mid war (1943 -1944) Regular Heer reinforced platoon of three squads in six sections, plus a later war (44 - 45) force of Waffen SS or veteran Grenadiers. In addition I am also able to field a smaller 'Last Levy' force comprising Volksturm and Hitler Youth squads for those final desperate days in Berlin against the Soviets.

To give an example of how the veteran 'SS' platoon breaks down this is the list:

The option remains to add in MMG teams and /or mortar team and anti tank (panzershreck) team. I have added to this list an armoured car or half track with machine gun to act as a transport for the command team if required. The Heer list is much the same and retains the same options. Like many I'm not keen on having SS troops on the table, so I just consider it a 'late war' list, but BA is just a game after all.

I'm now trying to find a matching list for my hordes of US infantry before giving it a run through. Leaving armour and artillery off the table means I get to focus on the infantry tactics in this scale.

A few pictures of how this breaks down, the latter army has more distinctive cammo patterns and assault rifles, plus a sprinkling of one shot panzerfausts etc. 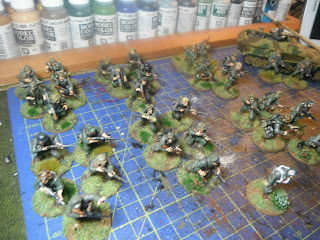 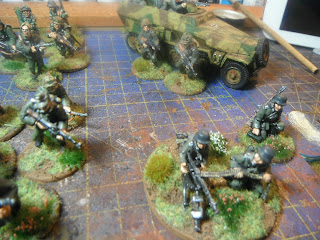 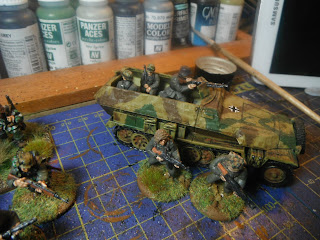 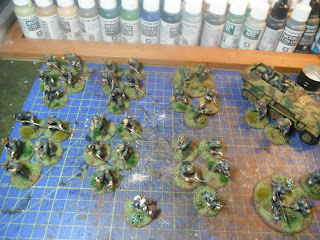 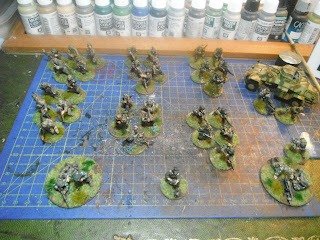 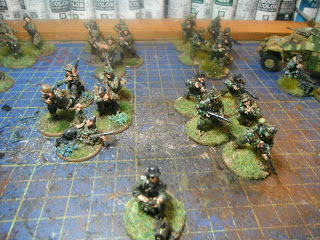 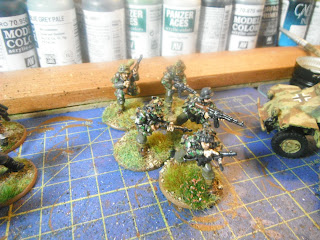 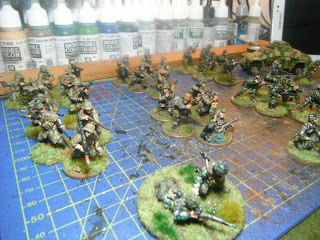 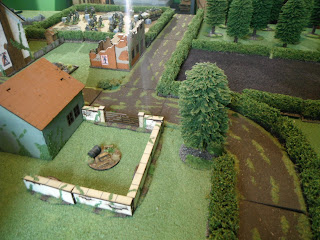 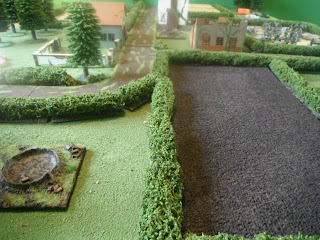 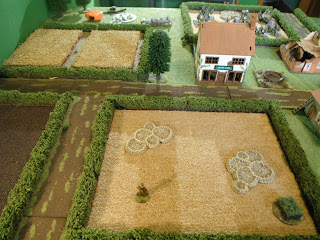 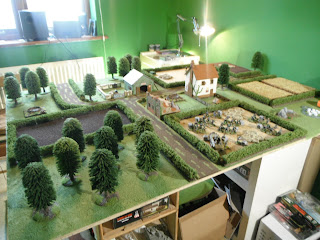