While I continue to enjoy playing Memoir '44 games (and will keep this on my other blog), it has become apparent to me that in order to really enjoy a more accurate simulation of WW2 battle, and in particular tank warfare, I would need to find a second set of rules to play alongside Memoir. I have kept this in mind as I continue to rebuild my FoW forces using Peter Pig metal figures instead of the plastic Battlefront figures.

I'm rebuilding using the 'Open Fire' late war lists, adding a platoon of heavy tanks (Tiger 1 E) and artillery to bring  the Germans up to 1500 points for example. I have found recently that I retain much of the basics of the rules in my head, once you get used to the concept of a target needing to 'beat' the AT of an incoming shell by adding it's own armour rating to a modified D6 throw, (it's normally the other way round!), everything seems to fall into place. The  initial rolls 'to hit' are straightforward, this time depending on the skill and training of the target as they attempt to avoid the incoming fire, with only basic modifiers such as target over 16", target concealed or gone to ground.

Of course I will need to build some conventional terrain. It's very odd playing a game without hexes after so many years. FoW are very forgiving in these regards, for example infantry move 6" as standard with no deductions for rough terrain etc, and as you might only be playing with say five or so platoons there is no mass maneuvering of large armies of model soldiers, so the game flows fast and is easy to keep track of.

I thought a few shots of my WW2 collection as it stands would be good, I'm far happier with the Piggy soldiers, they have a character of their own, especially the faces. I keep looking at the Russians, I know I can't hold out much longer! I'll be adding the small command bases next week. 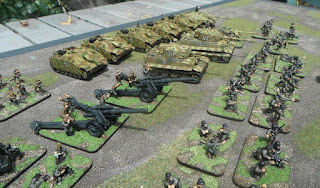 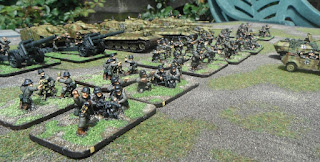 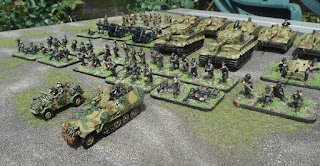 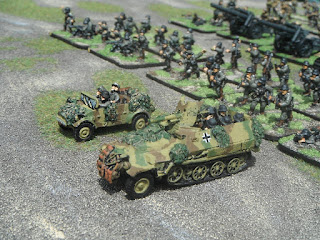 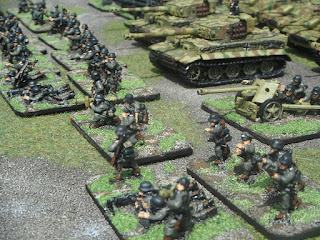 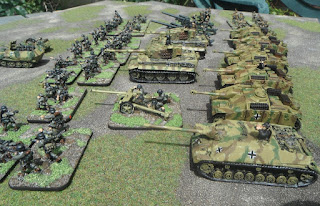 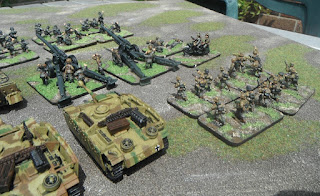 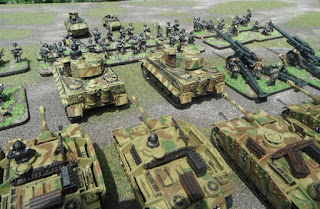 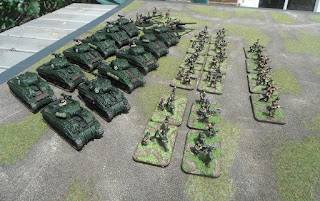 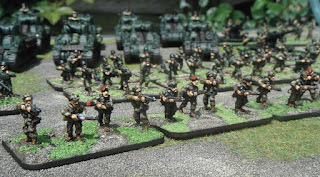 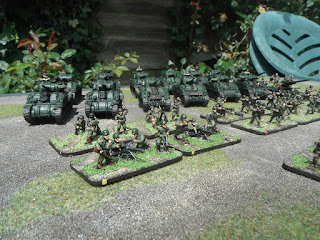 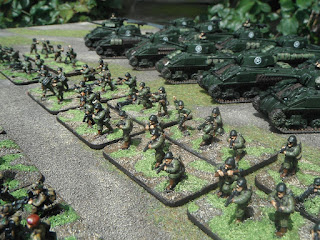 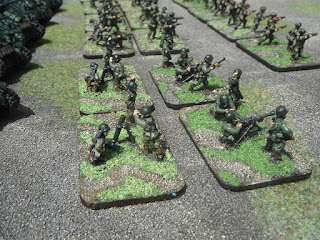 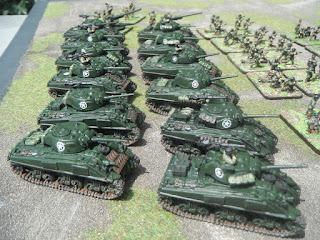 More Spanish infantry.
With the 30th Foot now returned home I have started on two more battalions for Tony. I think these may be units nine and ten?  not sure but I know it took a few units to find the best way to paint these white uniforms and I'm much happier now I have established a reliable method. I know the first few battalions were painted over a white undercoat and then built up from there, but I HATE having to paint black over the white u/coat, infact when I paint over a strong black undercoat I rarely re paint black at all, just a slight black grey to highlight.

The key for me has been Foundry Arctic Grey Shade. I spent a lot of time trying to find a grey that would give the right kind of subtle contrast with white when used as a base coat for uniforms. I now use a fairly dry brush to apply the grey over all of the uniform and belts, straps etc, carefully avoiding the black areas of course and the musket. It's a quick but steady job and once done it really helps the white to stand out by adding contrast.

Below are a couple of 'production shots' (ie unfinished!) of the first battalion so far. I think they illustrate well the perfect contrast between the Arctic grey base shade and the white overpaint. The white will get a further pure coat later to try and add more highlights. Bit to do yet, collars need piping, brass/gold for buttons, musket bands, plume clips etc, but they are coming along nicely. 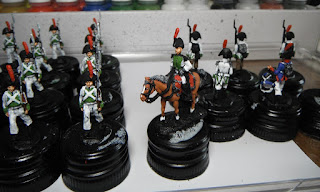 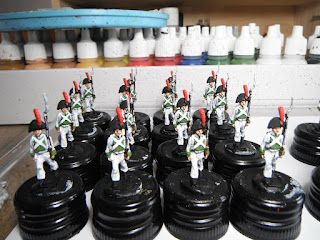