It's been an incredibly busy week here with lots of family down to stay, enjoying meals and drinks together. Had twelve of us in the house for two nights, with all of the sorting of bedding, cooking and tidying that goes with it! I found it somewhat chaotic at times and not easy to deal with but as usual my wife just took it all in her stride, glass of wine in hand, cooking endless excellent meals, keeping everybody happy and organised. I must admit I'm enjoying the return to calm again this morning.

I  did manage to take some pictures of the 6mm AWI figures as they currently stand. I have had a week away from painting and so have spent some time reading through and thinking about rules. I must admit its hard to get hex grids out of my mind after so long using them, and with a dozen or so ready made scenarios for the AWI in the Commands & Colours (Napoleonics) website I'm itching to play some of them now. So initially I have decided to mark up one side of the boards in 70mm hexes and to use the 'half battalion' bases of 60mm x 30mm for these games. I have had this in mind from the start in order to make the units as flexible as possible, that is I can use them for C&C hex games OR more conventional style rules.

Brandywine will be the first scenario up once the boards are done, hopefully this week. Lots of troops required that I can now cover (for example 12 battalions of Continental line plus militia and light infantry on the American side). These  scenarios use standard c&cN rules, with the continental forces using mostly factors from the Spanish army expansion play sheet. I believe some of the AWI scenarios featured in a Vassal competition on c&cn.net recently so results would have been posted. I include a couple of my own tweaks, being relevant to commanders and militia of which more in due course.

So the plan for the blog in the New Year is to present each of the AWI scenarios as a battle report with pics. We do know that Richard Borg is already playtesting the 'Tricorn' version of Commands & Colors, so down the line that will open up more possibilities. 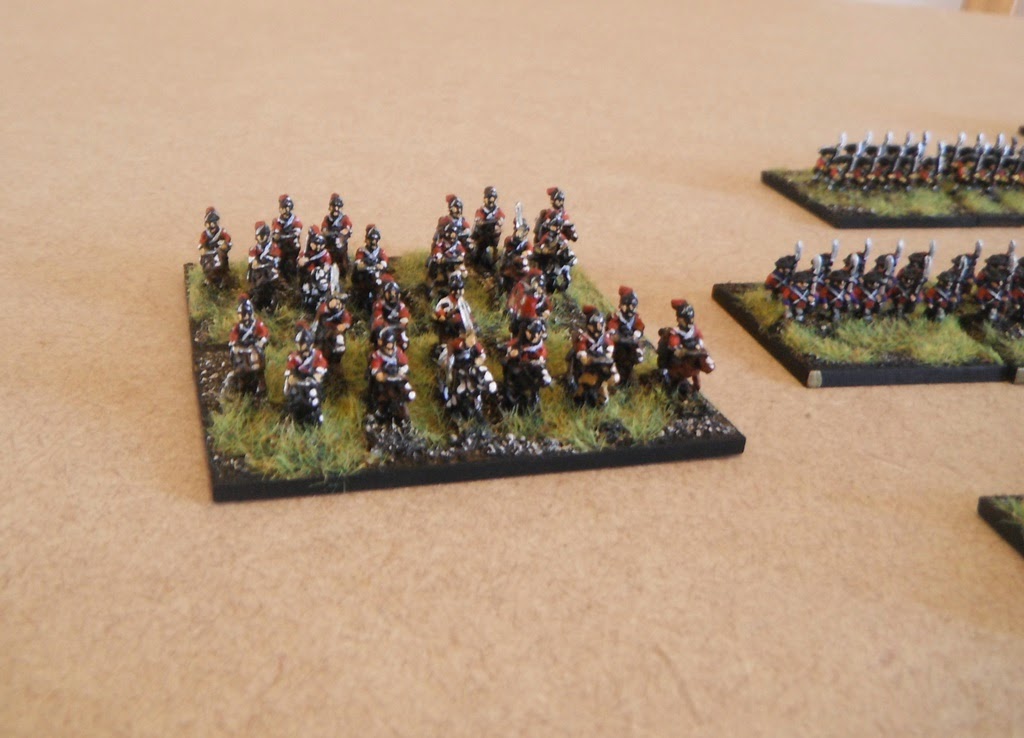 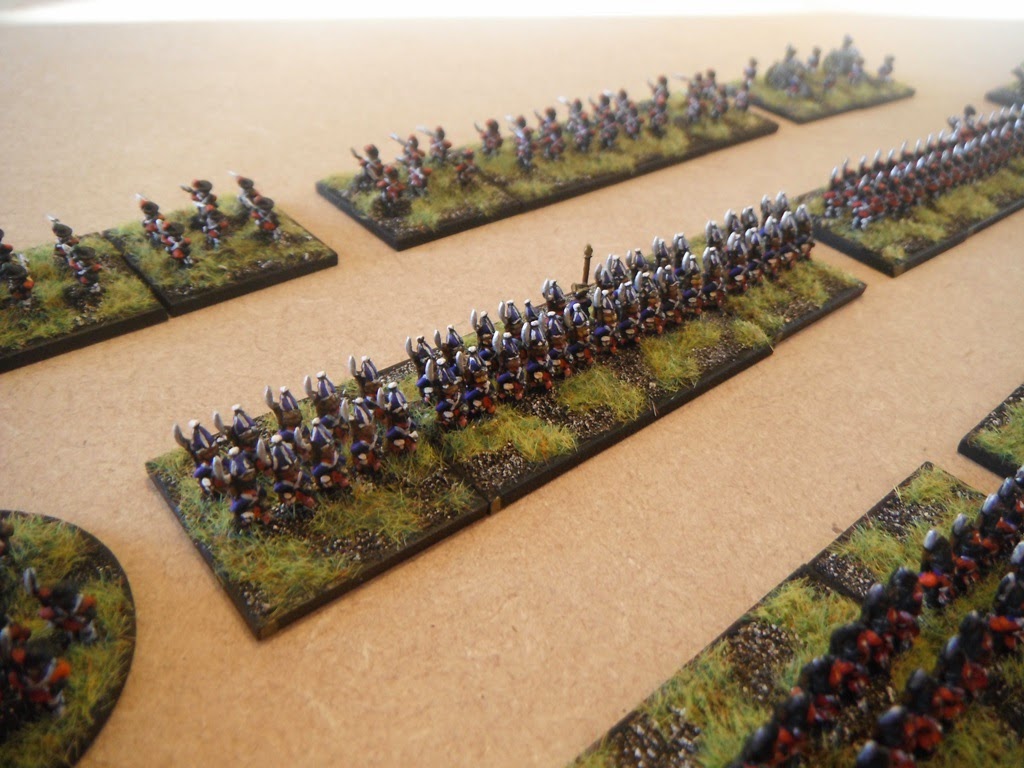 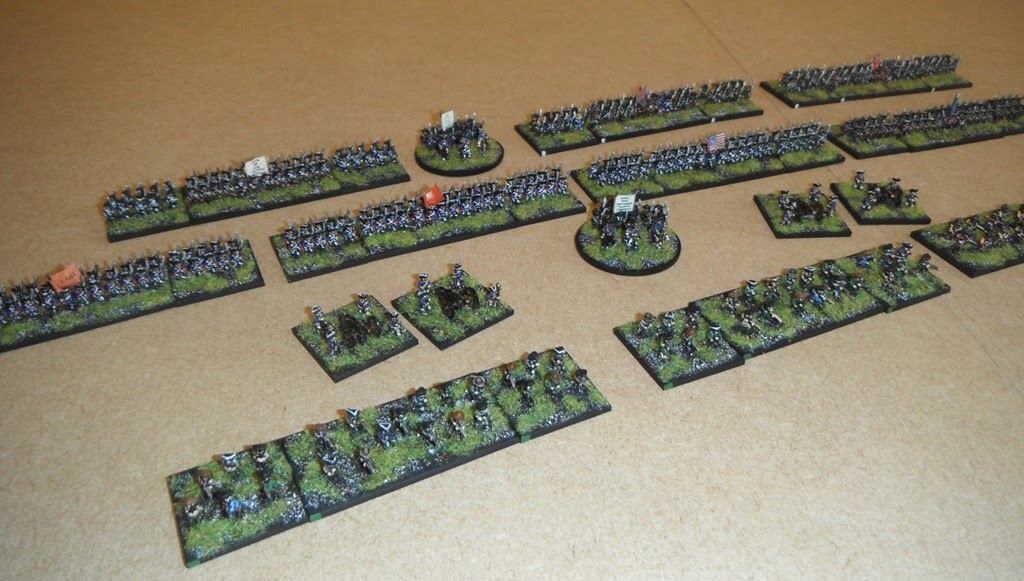 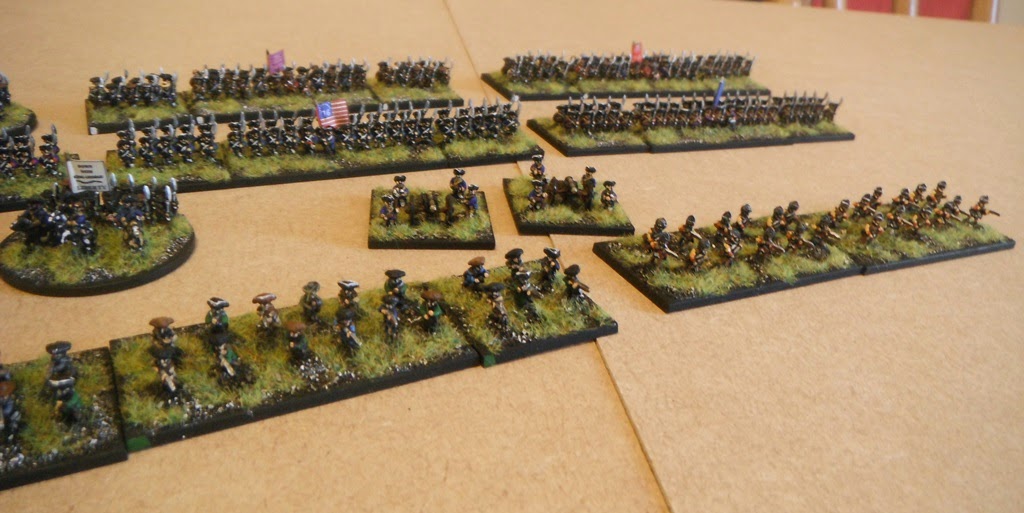 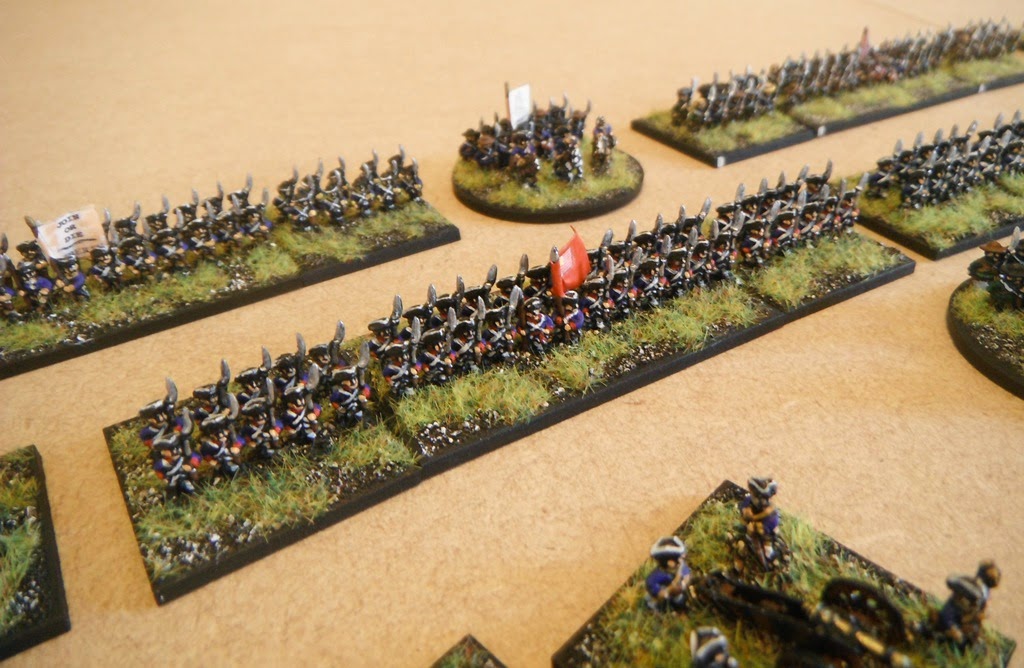 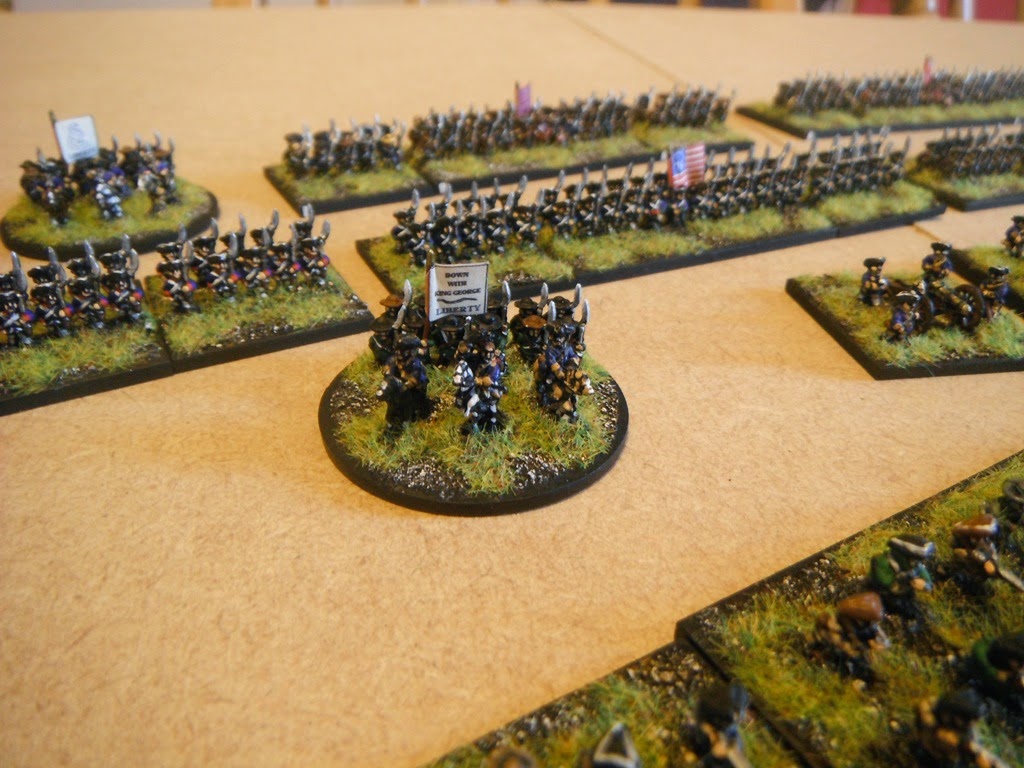 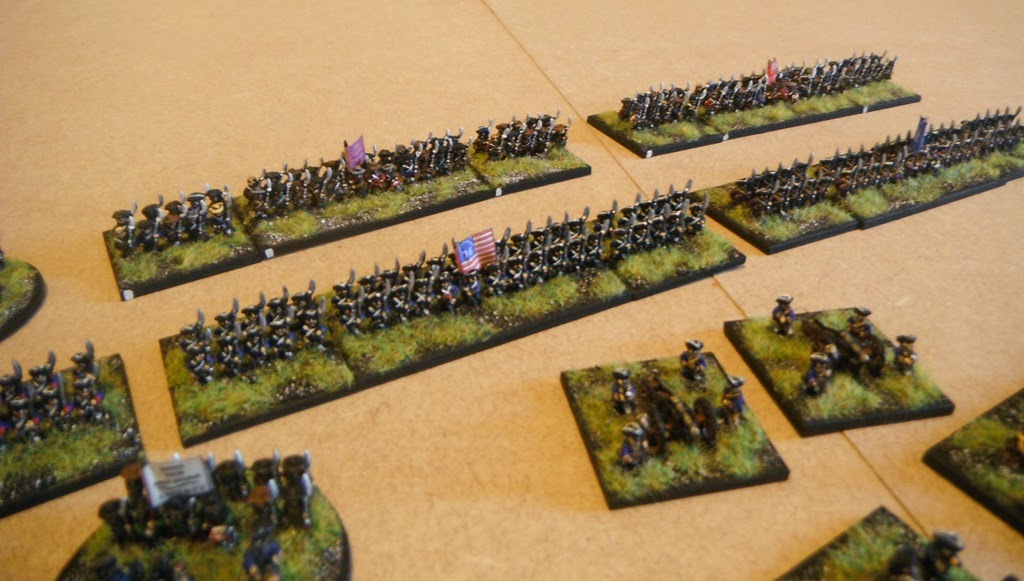 The pictures below show the Continental Army deployed as 60mm x 30mm units for C&C games. Something like 16 battalions of line ( including two not shown here), 4 of rifles and 2 of light infantry plus 4 guns and crews. 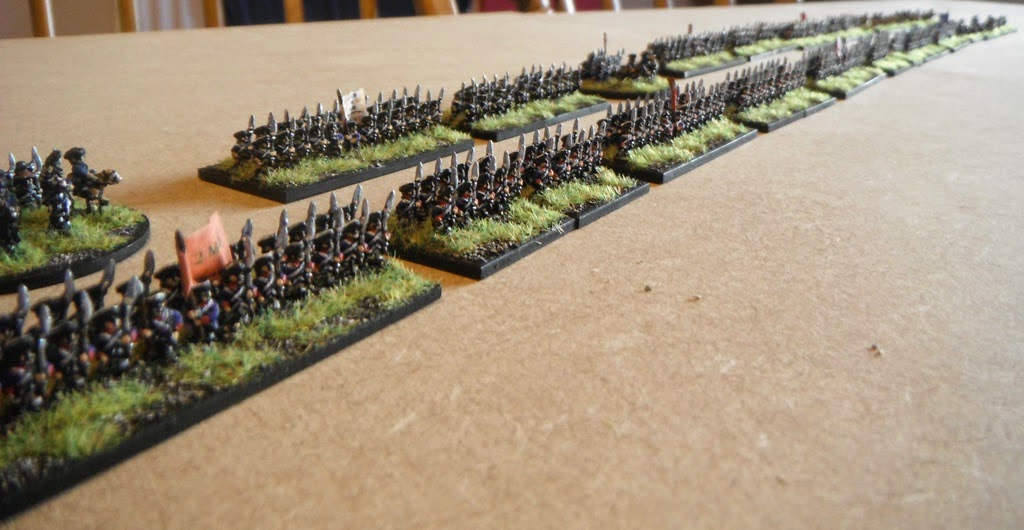 Zulu's may well be my follow up project, although it only offers the 2 C&C based scenarios I think the painting will be great fun and very fast. For inspiration as to what can be achieved in 6mm scale with British & Zulus take a look at these amazing shots of figures painted by Kev Rouse.

Finally I'd like to wish everbody a happy festive season and a peaceful New Year.
Posted by 'Lee. at 03:21