My last planned blog post of 2014 will feature all of my AWI armies painted so far set out on the table, but for the time being here are a few shots of some of the most recent stuff.

I completed a second battalion of militia - again I decided to leave the bayonets on rather than risk spoiling the castings. The white markings on the bases represent 'militia'.

I rebased the command figures on larger (40mm circular bases) and added some infantry figures behind them for impact.

I have been working on terrain items too, as you can see modular pieces that can go together in various ways to create small village/town bases. Designed to take a full unit (120mm wide) and to clearly indicate when a BUA is occupied. I have also made more tree bases and started river sections.

Latest unit on the painting table is a unit of Hessian Grenadiers (Von Rall), which will be 44 figures strong once completed.

Back soon with the final Christmas post featuring a grand parade of all the AWI units painted to date. 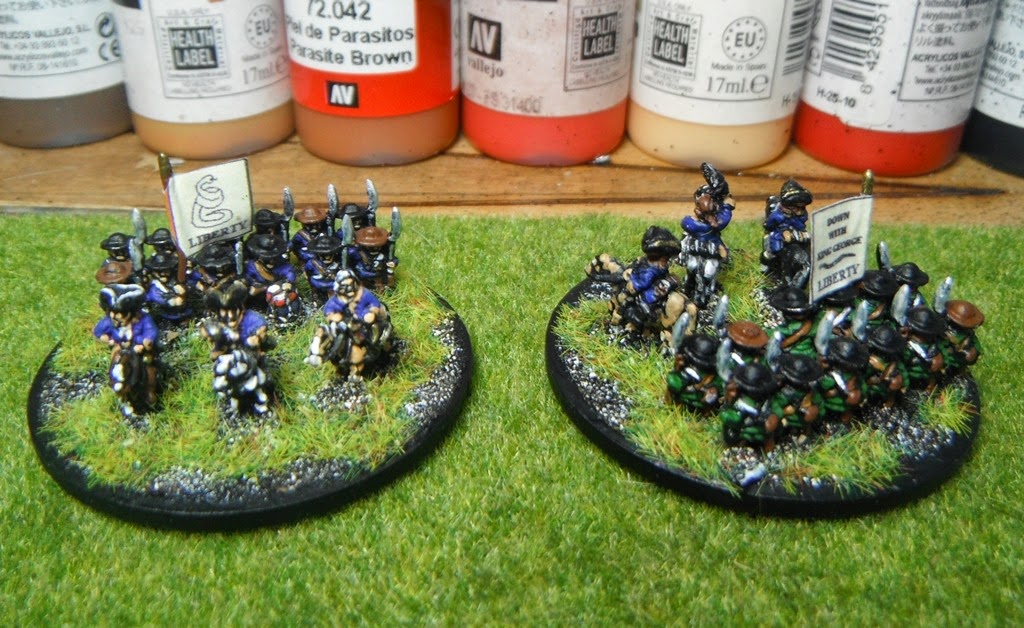 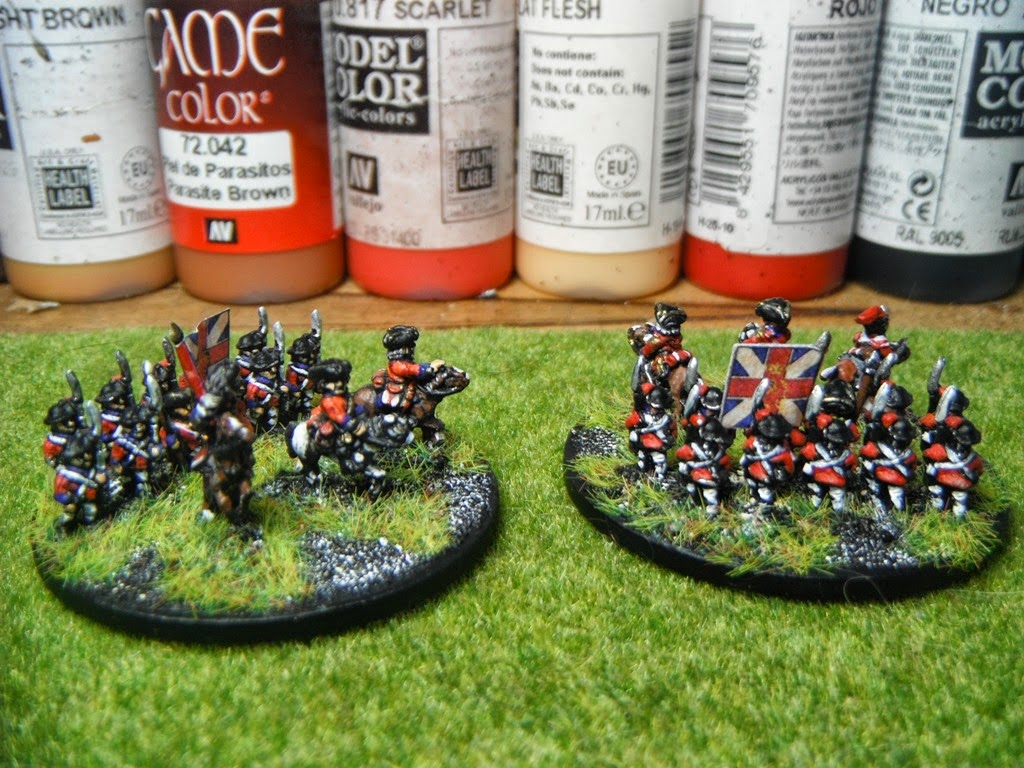 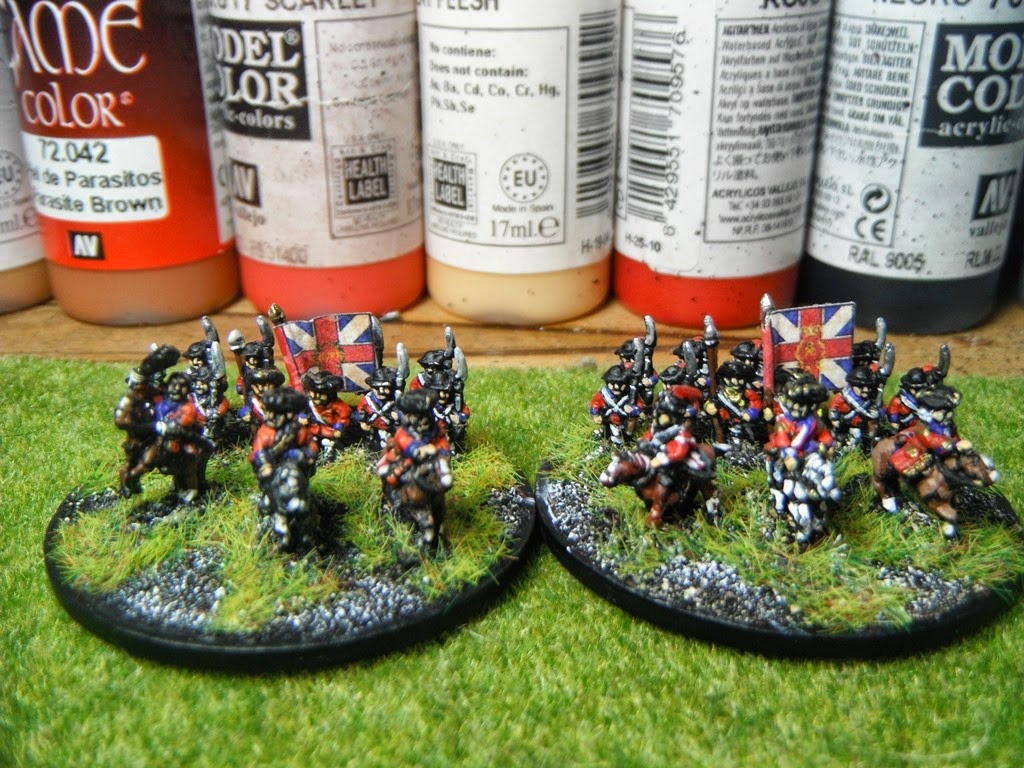 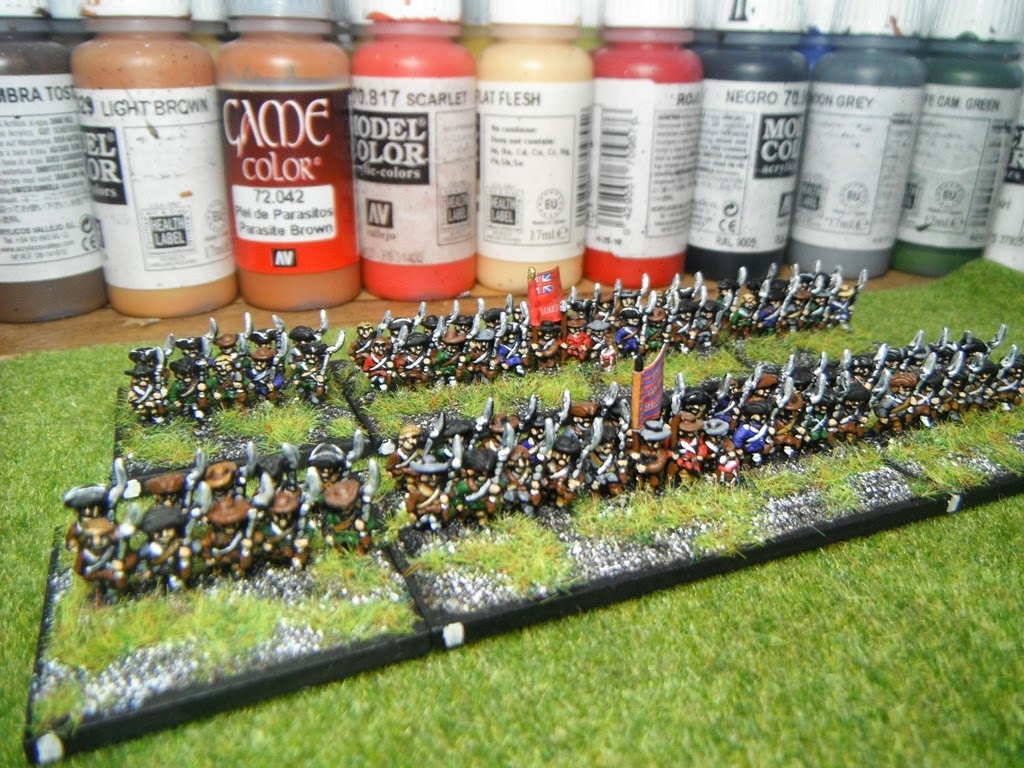 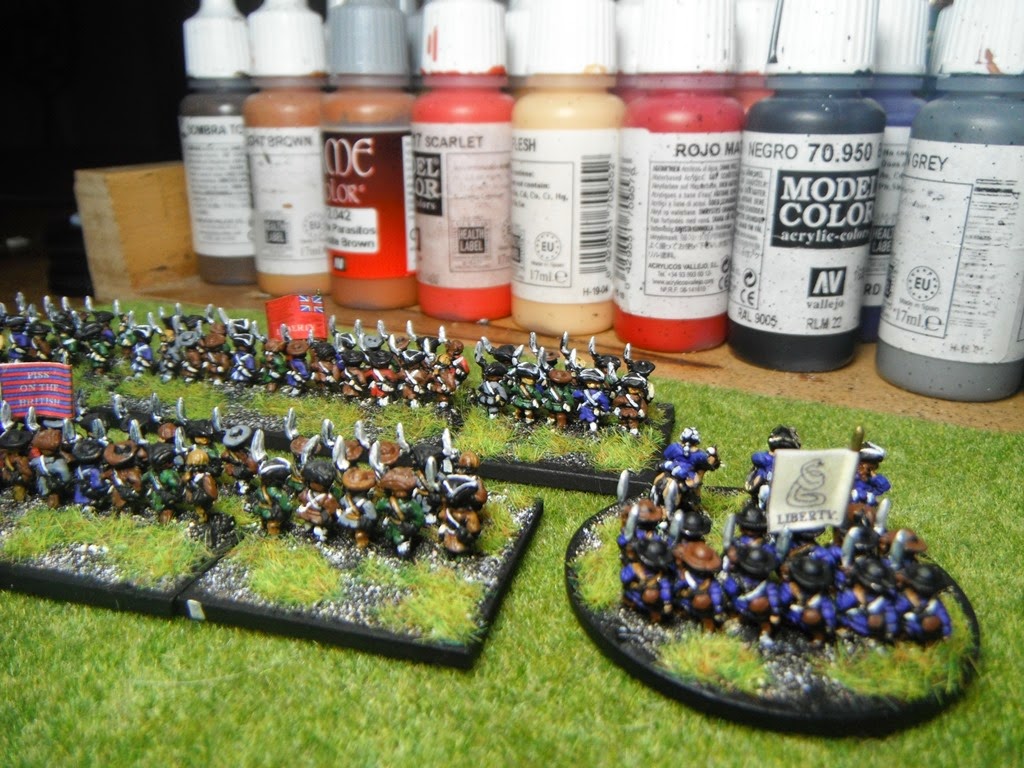 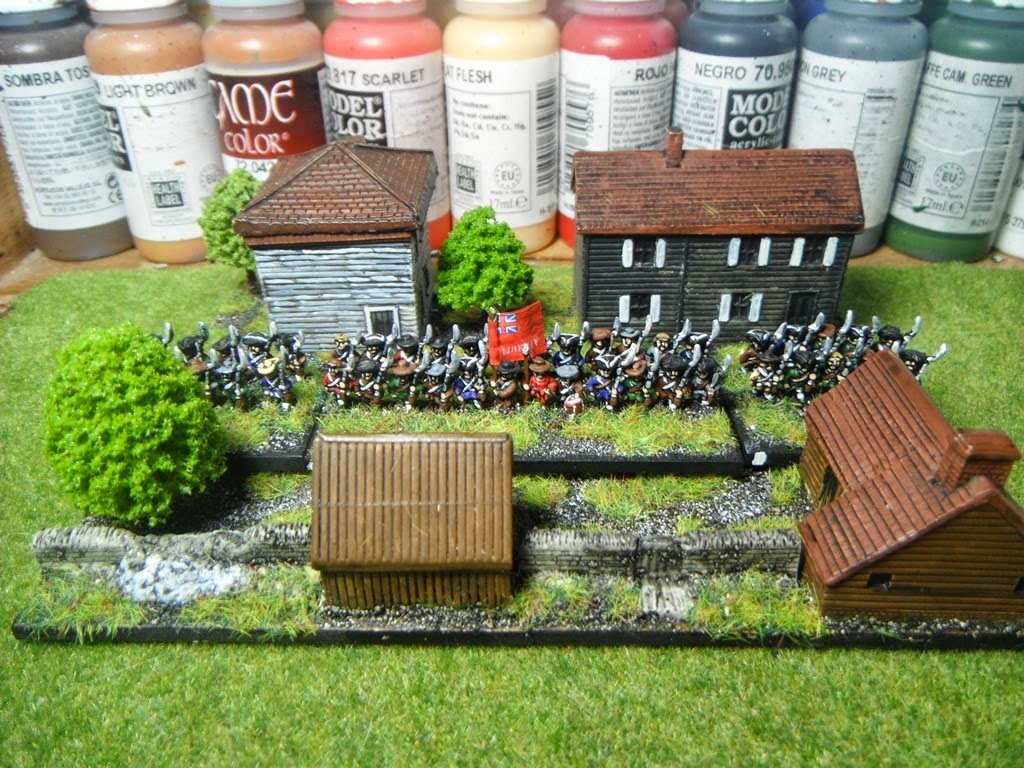 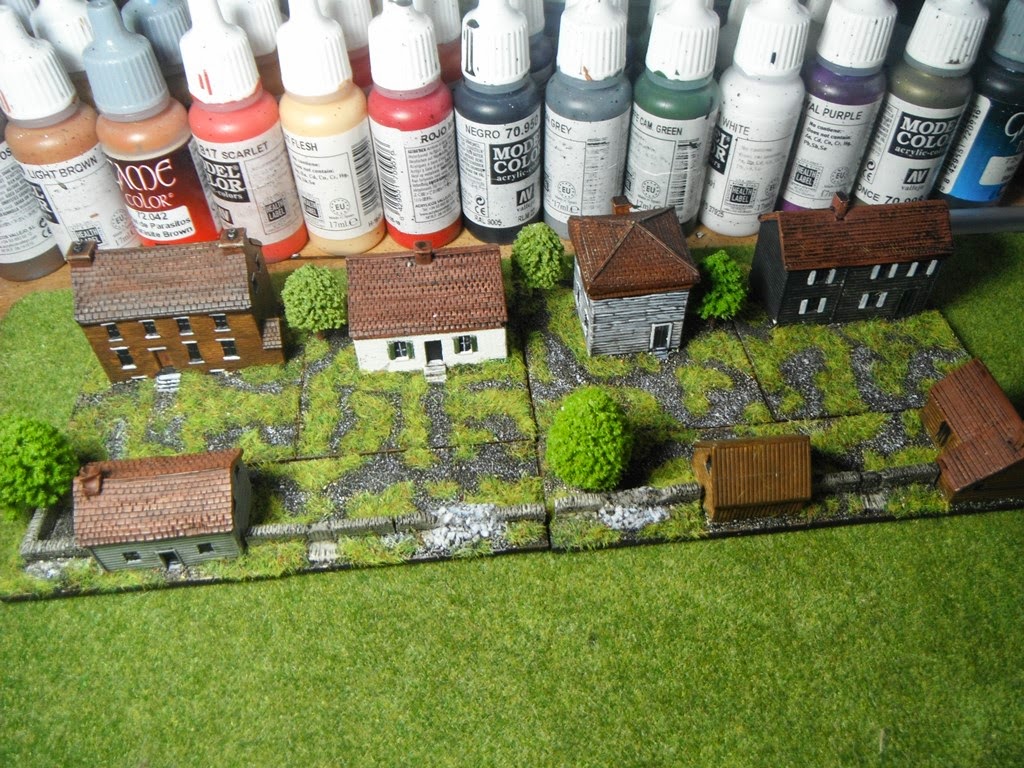 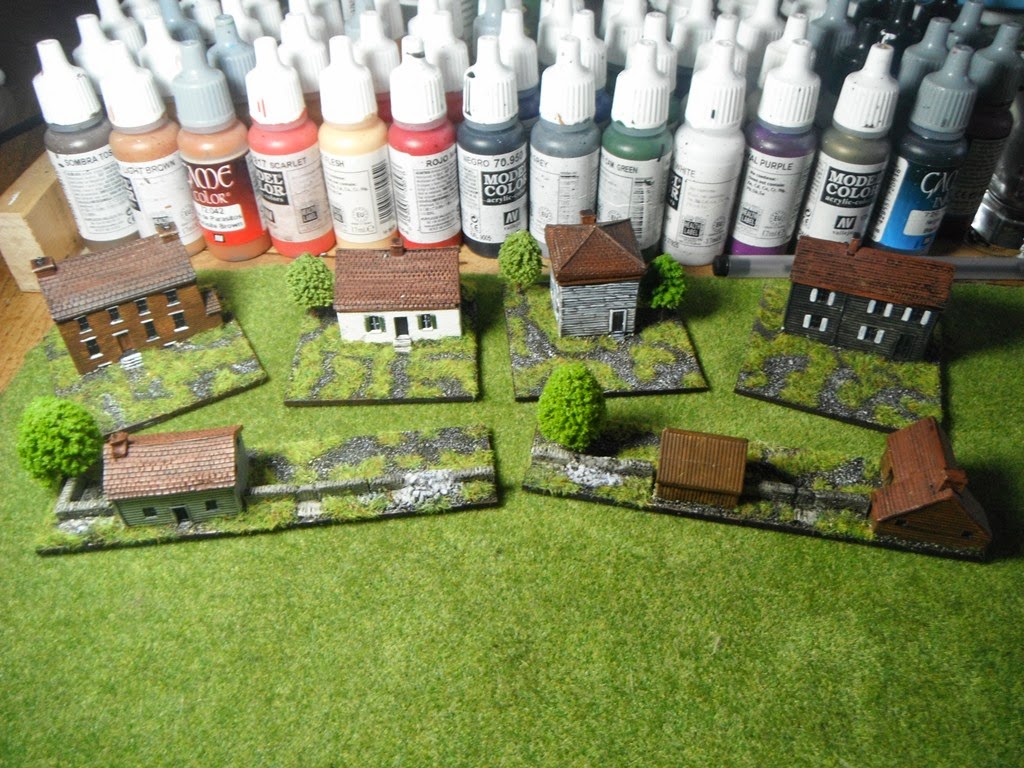 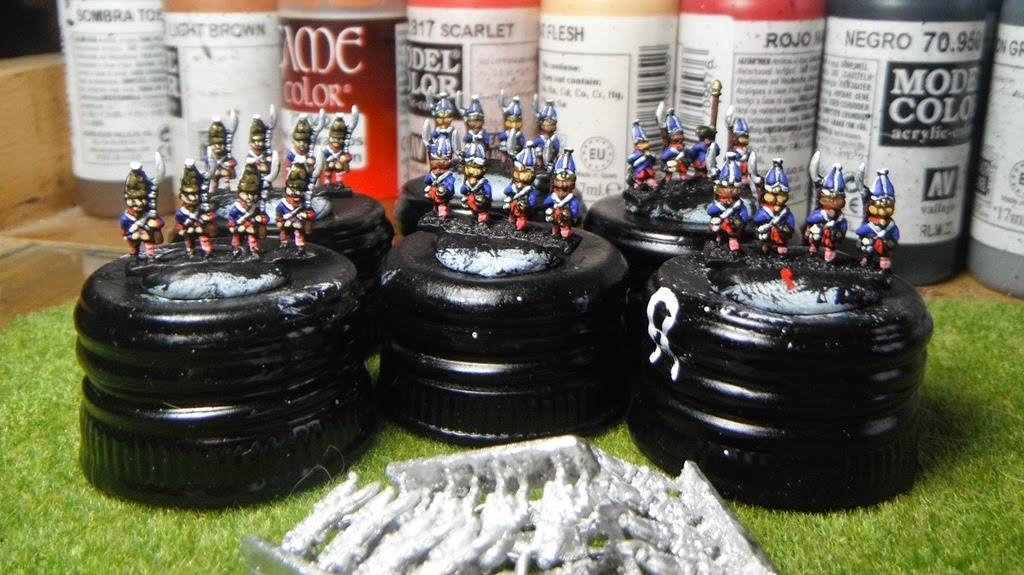