I found one of my best and most reliable paintbrushes under the table chewed up this morning, had been using it almost daily for two years plus. Did not take long to uncover the guilty party, a quick identity parade of the dogs established Poppy as the chewer, she denied it of course, but her expression had "guilty" written all over it when confronted with the evidence.

Added more AWI figures, a Hessian and Continental command base to make up three per side, more hunting shirt figures and completed the full Highland battalion. 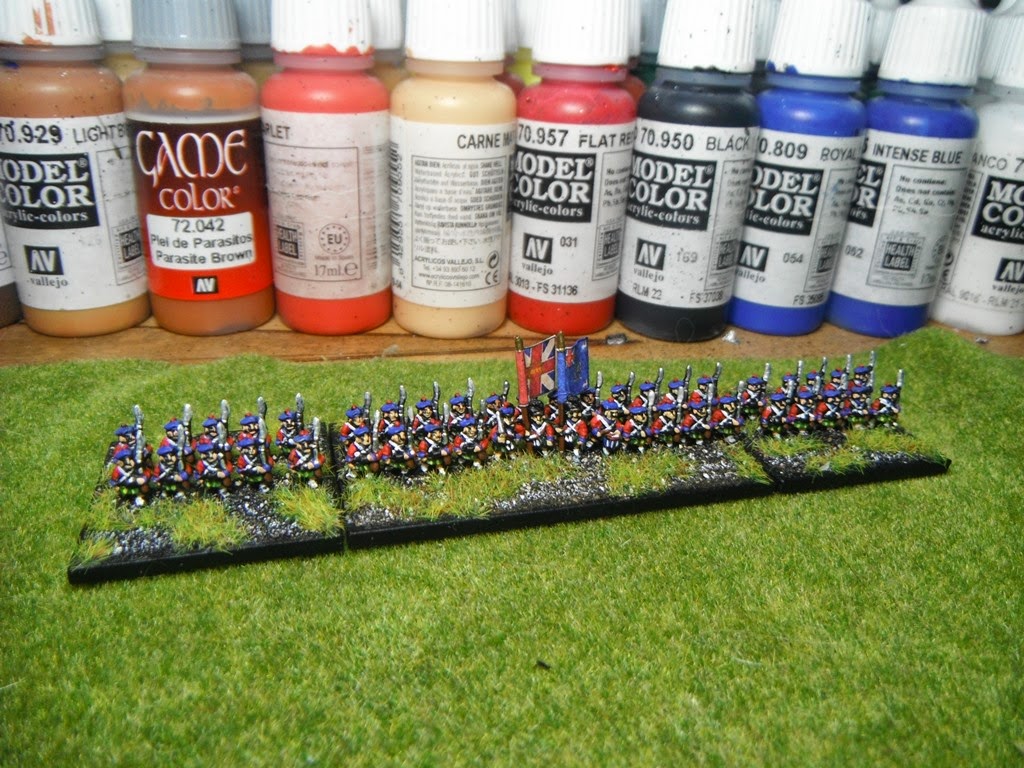 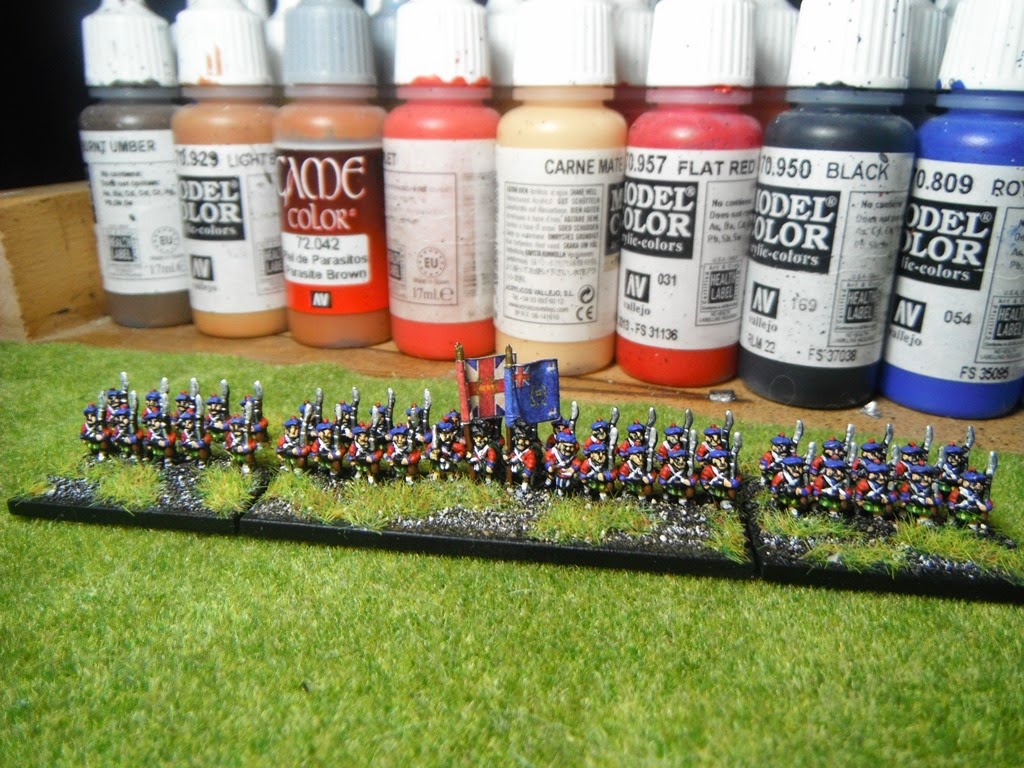 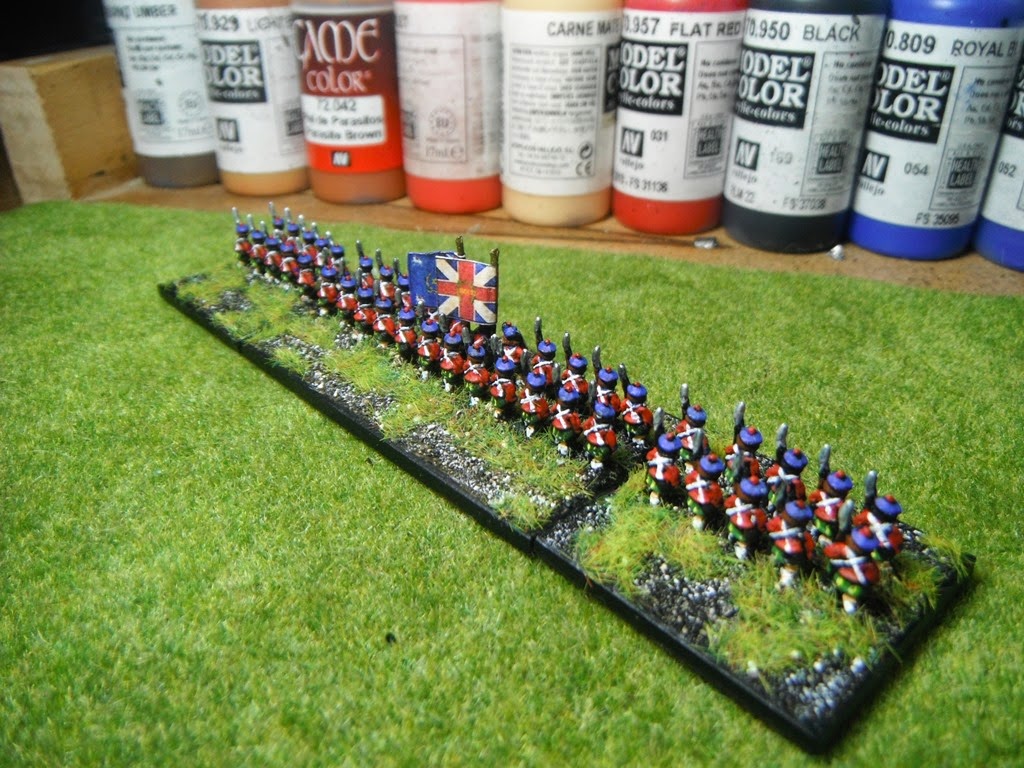 Tonight I'm getting ready to texture the non grid side of my baseboards, it's will be a chore but once it's done it's done and I can play some wargames. Must say the very recent re appearence of those old 'Battleground' episodes has really given me a boost, almost like rediscovering the spirit of wargaming again, wonderful stuff. 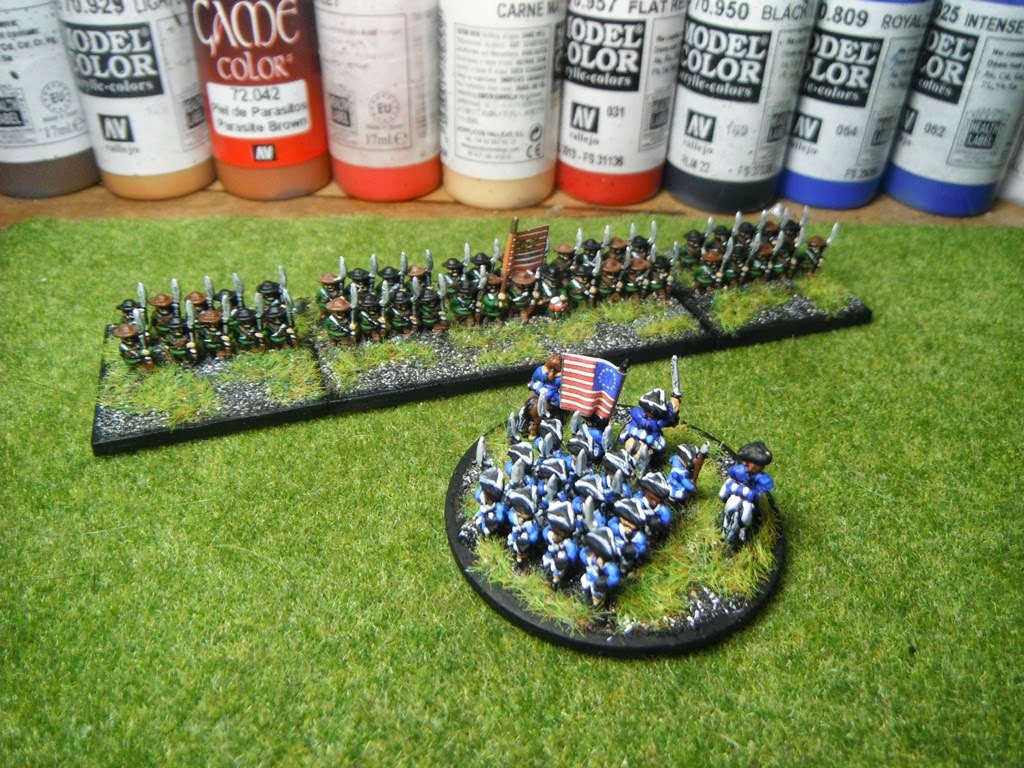 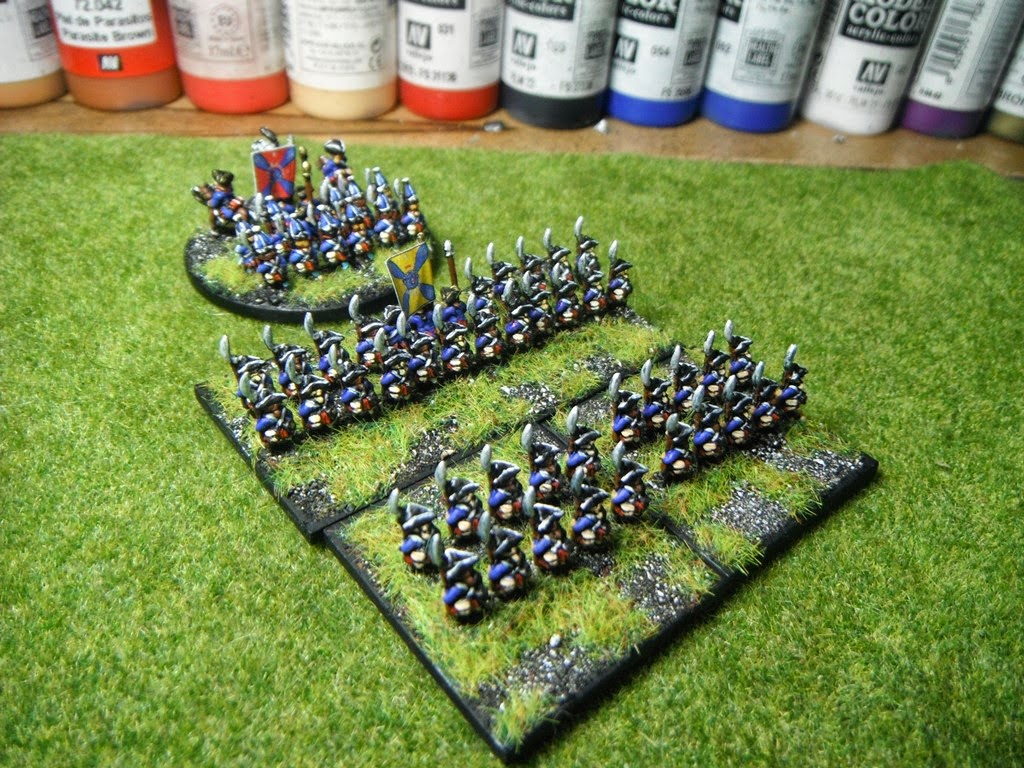 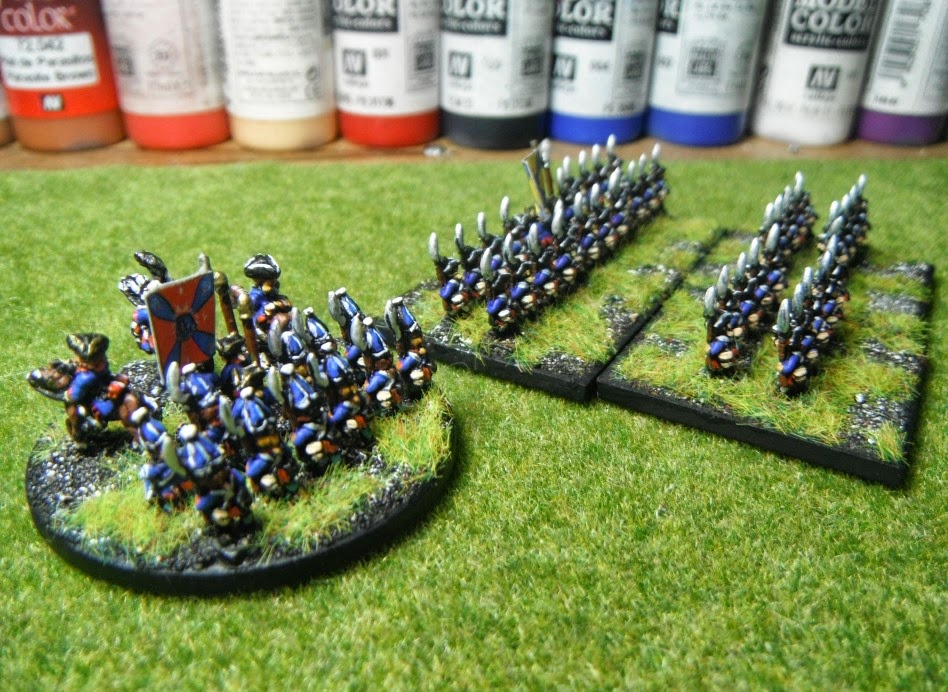