I managed to play through the first of the Russian scenarios over the past couple of evenings - Czarnowo 1806. This represents Davout's three Division attack against Ostermann, who's Russian forces began well dug in behind field works and with a strong central position. The Russians had just 4 command cards to the French 6, which enabled the French to switch about with ease, opening the battle with a strong attack against Czarnowo on the Russian left. This was followed by an attack across the Wkra stream (fordable) against the Russian right. I really enjoyed this scenario, even playing solo it played out so well with the strength of the Russian position becoming apparent very quickly as the French were at first driven back with losses. Russian Grenadier units on both flanks proved hard to shift and even the line troops proved stubborn, even though mostly only 3 blocks (Russian line ignore 1 retreat flag). The pre battle Mother Russia Roll was fun, allowing me to add an additional block to a couple of Russian line units to bring them up to 'paper strength' and an additional Cossack unit. At one point I sacrificed a Cossack unit in order to allow me to pull back a single block infantry unit rather than give away another VP, they are excellent for this type of work! The game used all of the Napoleonic tactics of the C&C rules, squares, retire and reform, combined arms, leader casualty throws etc and it really moved at a pace. The French eventually won by 7 VP's to 3 although many French units were reduced to 50% by the end of the battle and others had been pulled back from the front line before losing the final block. Only in the final move did the French manage to attack the Russian centre, taking the final 2 VP's in the process, the Russian defenders having been softened up first by musket and artillery fire.

I was left feeling well satisfied by the game, a good balanced scenario that I will replay with my figures once ready, to see if I can force a Russian victory by changing tactics. The second scenario is Golymin 1806 and I might play this one over the weekend possibly. 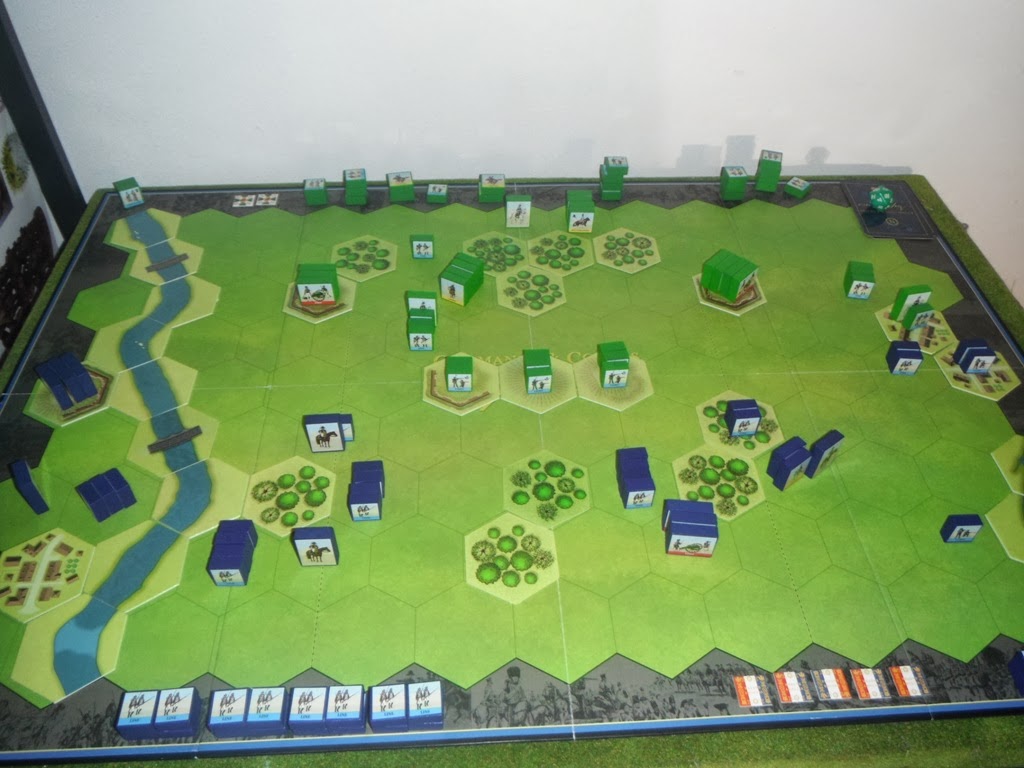 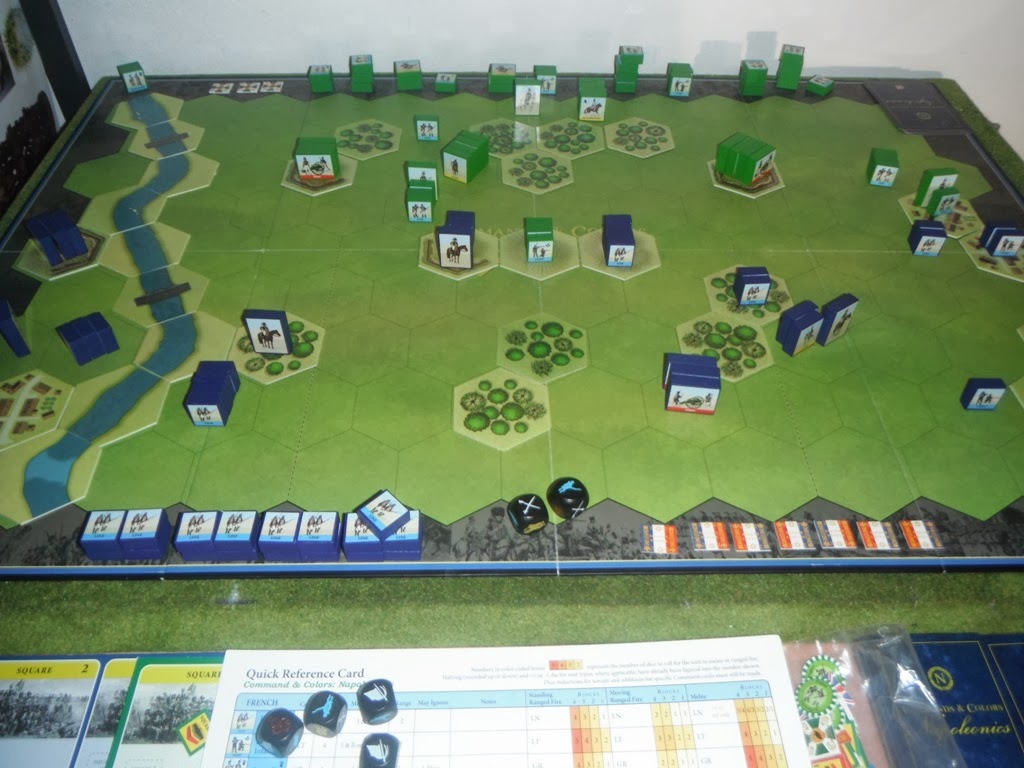 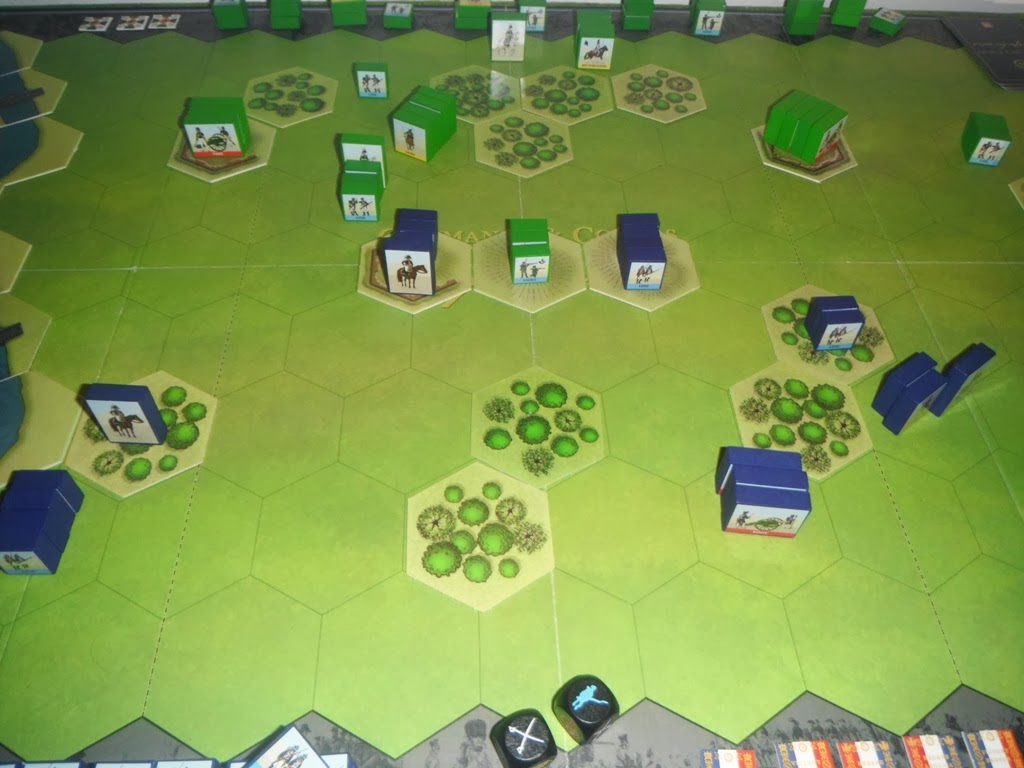 Commission work.
Painted more 20mm ACW's for Old John, these are lovely 'Musket Miniatures' pewter castings and would match well with plastic ACW's I should say as they are anatomically similar. There are very few if any creases in the trousers for example and highlighting is used to represent this a little here and there. I have more to do yet, Reb gunners, walking wounded and a couple of mounted couriers for tomorrow. Today I'm focusing on flagging up and basing the 6mm ACW's I completed last week. I have a little trick for making the addition of flags to 6mm figures much easier and less fiddly so I'll try and get a couple of pics and describe it later if I can.

For next week I have 3 units of 20mm Peninsular Heavy Dragoons to paint for Tony, again fine figures with loads of character. In the box was this wonderful old Hinchliffe box, the like of which I have not seen for probably 25 years and it gave me a real nostalgia trip to hold one of them again, recalling the early trips to Eltham Models in SE London who were the first place I saw Hinchliffe Napoleonics on display, probably late seventies. 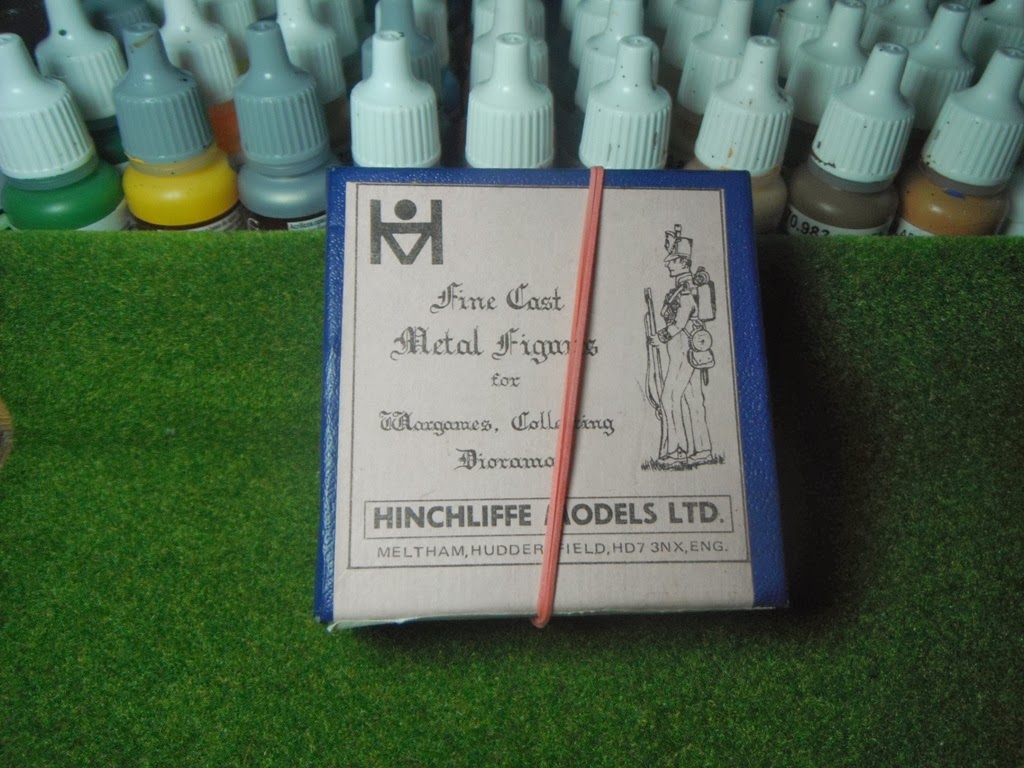 The box contains two early Spanish Napoleonics for a 'white uniform' sample paint. There are several ways of painting white uniforms and often it's hard to make them look convincing, but I have a method that I hope will give good results - more later.

Blog title.
I'm still faffing about with the title, I think 'Figure painting' rather than Napoleonic more accurately reflects what it's about now, but with a strong emphasis on the Napoleonic period as I continue to build up my 15mm Essex figures to replace the blocks. 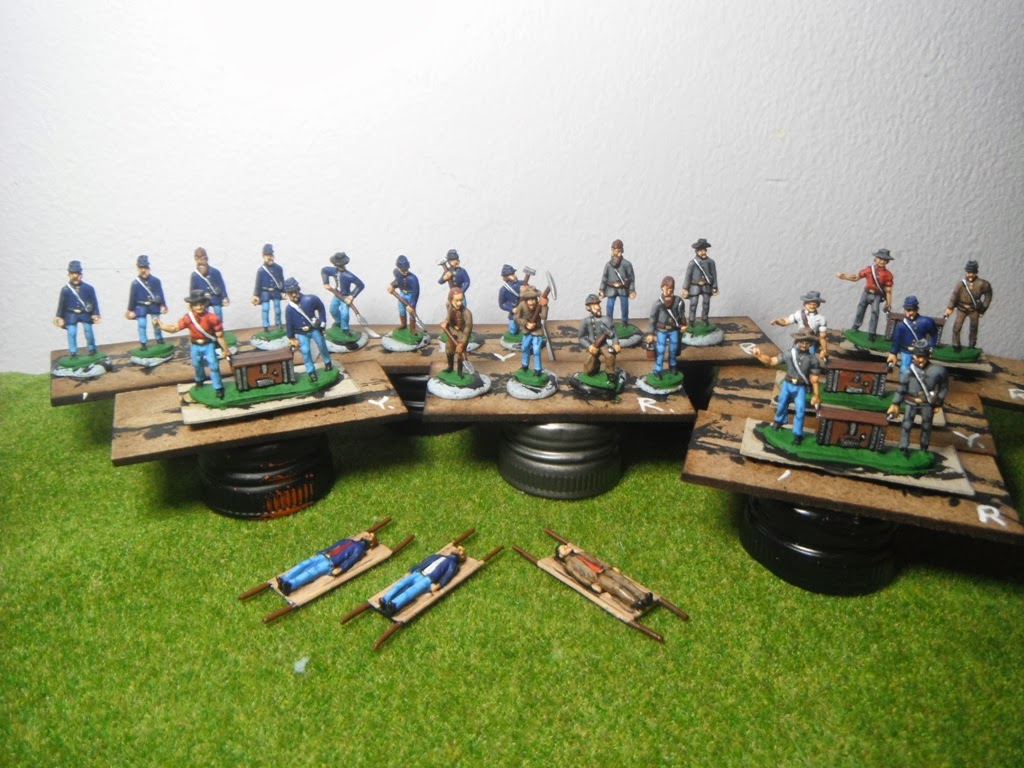 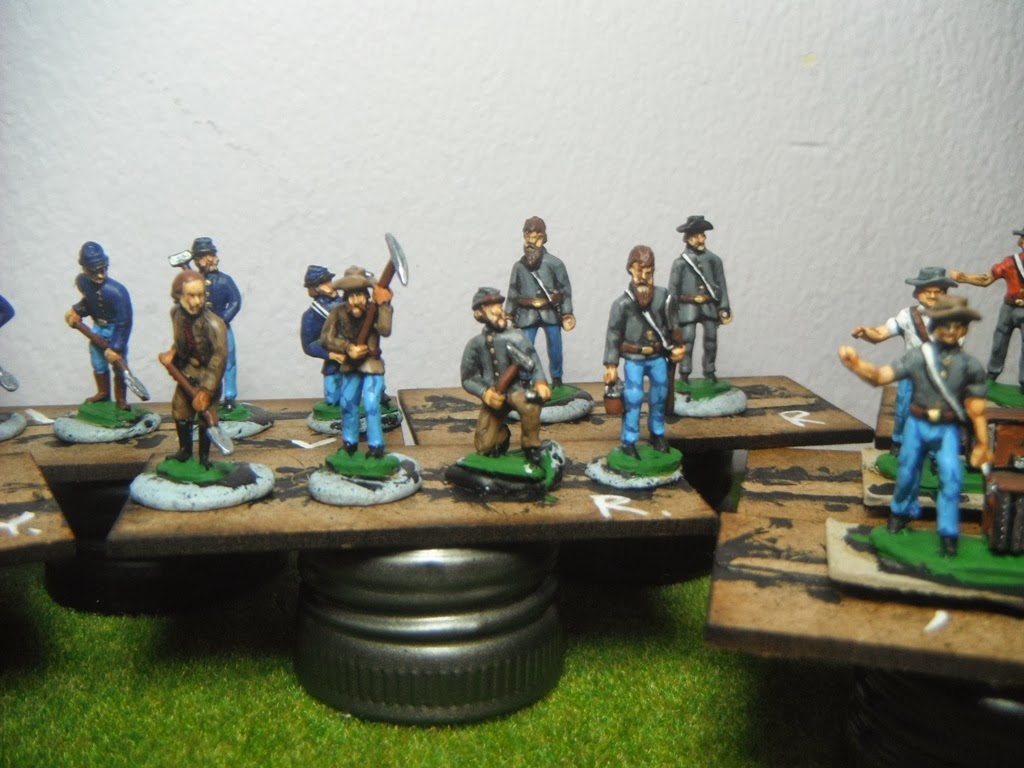 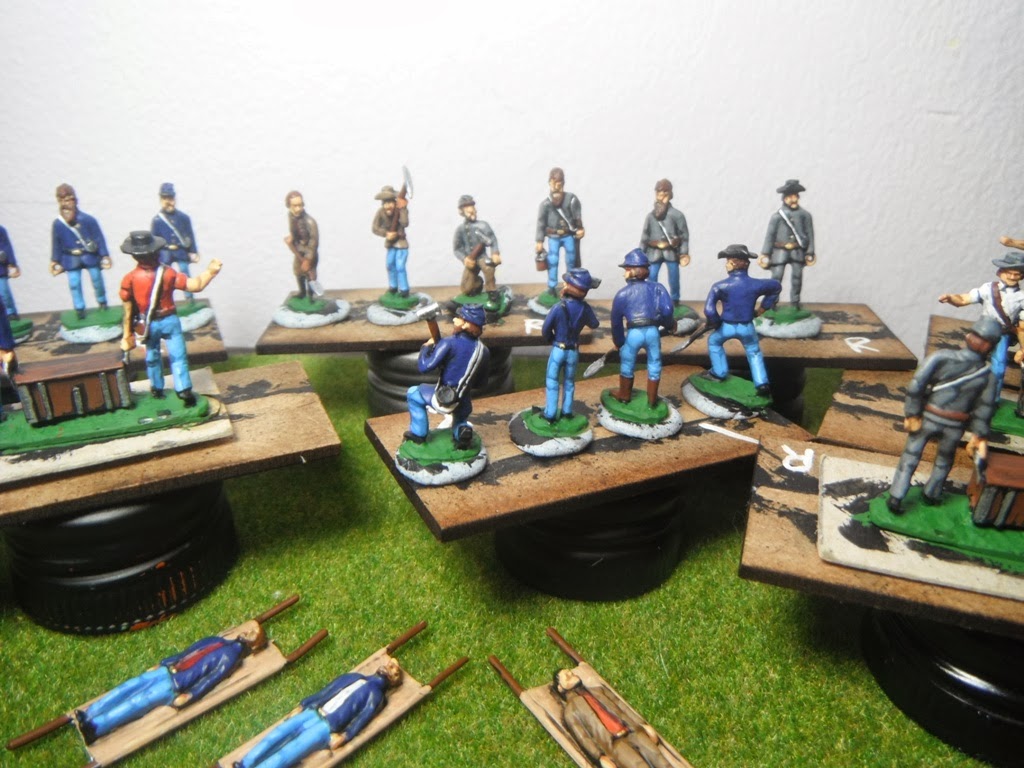 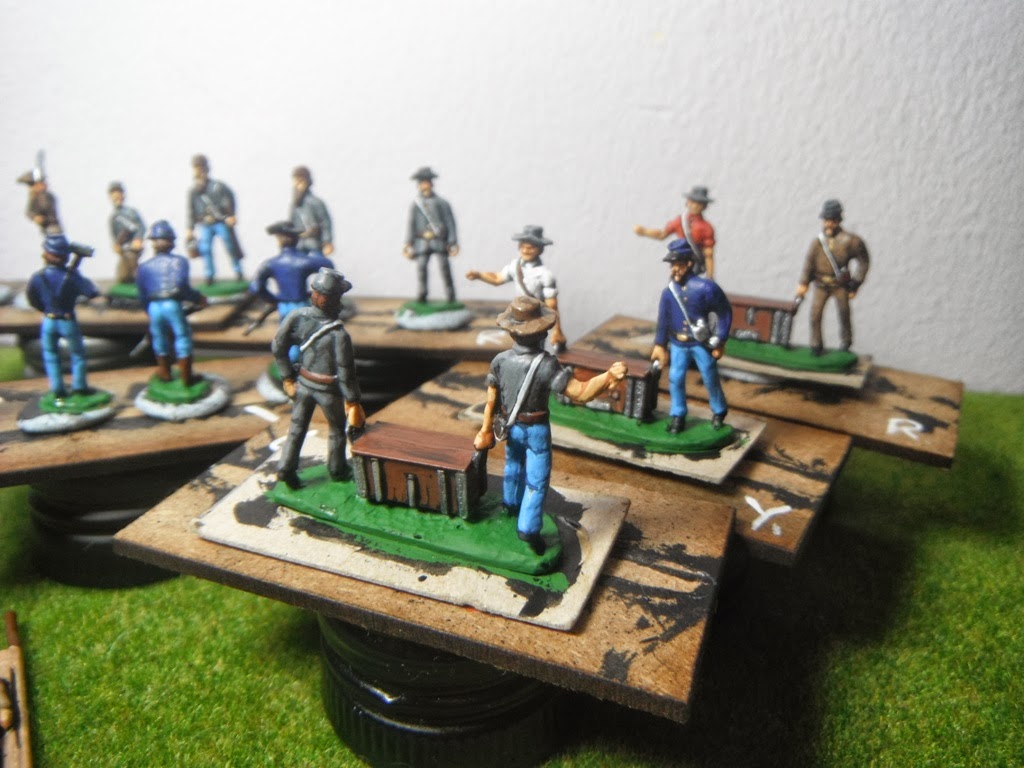