Just a few more pics to post here today, a lovely set of 10 ACW 'Gettysburg Movie' personality figures in 20mm. From the same German maker as previously,  as usual Old John will be the one to check with, these are of course for his collection. I'm not yet happy with the face of the Lincoln figure, at one stage I thought I'd really caught him but then went too far. I wanted to reflect his gaunt features and dark eyes but it just ended up looking more like Shane McGowan of The Pogues! I think the ears did it. I'm determined to give Lincoln due respect and improve those features.

I also added a few more 15mm AWI for my C&Cgame, 2 American batteries and 6 command figures, three per side for my test game. I've got a couple of 'units' of Loyalist infantry on the table now, including Butlers Rangers. I've been eyeing up those Indians on the Peter Pig website, so I'll be ordering those plus battalion guns, hessians and figures for the planned vignettes.

I'm sure there is a caption competition in that bottom photo! 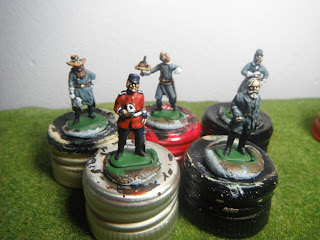 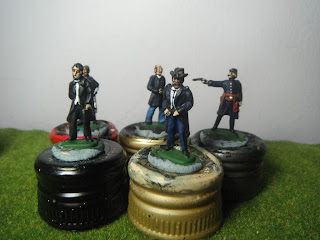 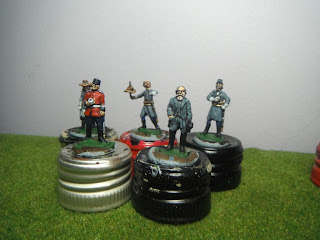 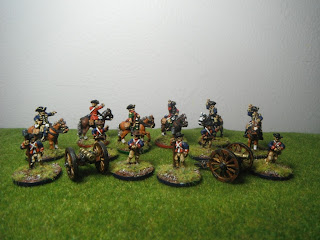 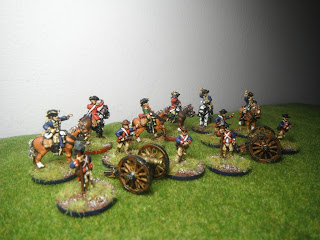 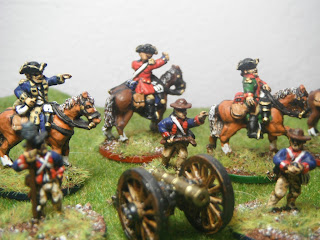 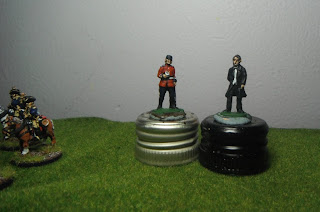