Been a busy week on the commission painting front, managed to squeeze in another Essex 15mm British unit though, 28th foot, still awaiting flags. I'm not sure what to do about the flags....The GMB 15mm flags are brilliant, but I'm not sure they will fit the cast on flagpole and I would hate to have to start chopping them about so I'm trying to find something that looks good AND can be resized if I need to..... any ideas welcome?

Much as I like these Essex units my mind keeps turning to an idea I had some time ago, which develops the concept of 'speed painting' units further - I'll try to describe what I have in mind here. A year or so ago, when 'Foy' and I were discussing the origins of the Commands & Colours Napoleonics rules, he introduced me to 'Battle Cry', what I suppose one might describe as the first of the 'C&C' genre. This set is for the American Civil War and I was immediately struck by what a fantastic 'game' they would provide, and the more I read the more I liked. I would only need to provide some alternative 'playing pieces' to have a go. This has been gradually fermenting away in the old brainbox since then!

So here's an idea ....... take a suitable sized base from ERM and stick on say 20 x 15mm unpainted figures in two closely formed ranks, add a mounted officer plus a few skirmishing figures. Spray the entire base in a good strong matt black undercoat and then proceed to paint in a fast minimal method, which means only picking out those parts that can be seen and leaving what can't shaded by the undercoat. Add the 'pop' highlights on belts, faces, musket slings etc to give the base some focus points and then add GMB flags. It occurs to me that I could produce sufficient bases for a game in just a matter of a few weeks, but above all I reckon I could really make the playing pieces very attractive. It's quite an exciting challenge don't you think?

Meantime here's a few shots of the 28th Foot, plus some of 10mm Militia of the AWI I'm painting on commission. 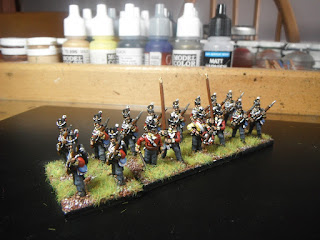 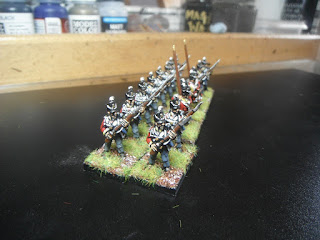 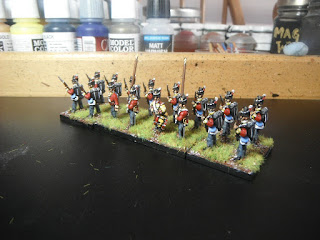 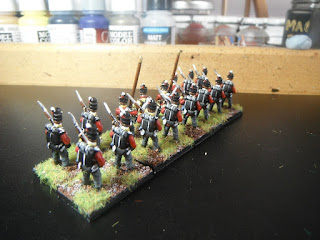 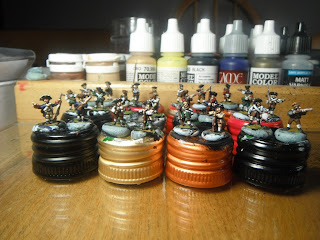 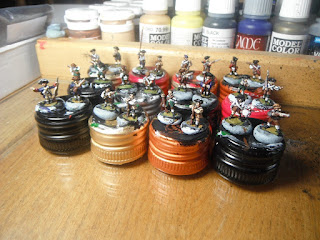 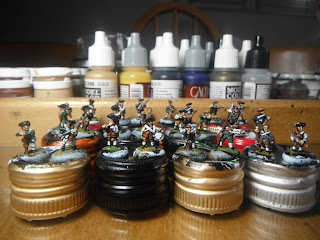 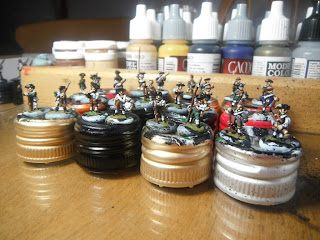 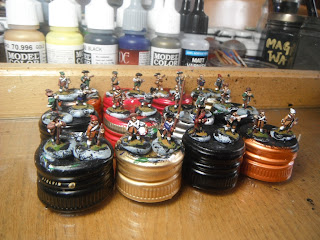 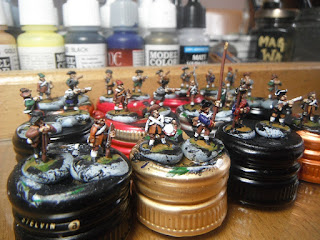