Having received lots of encouragement over on the TMP Napoleonic Naval board I have persevered with the rigging of my first ship model. I completed the standing rigging and am now working through the running rigging - the 'buff' coloured thread you can see in the pictures. I would say she's about 75% rigged now, not perfect, a couple of slightly slack lines but overall for a first attempt I'm happy. I need to check the position of the fore sails on the jib before I go any further. Once rigged she will have pennants fitted and she's ready for action! I will follow up with a British 74 gun, obviously a much larger vessel which should make the rigging a little easier I hope. I've lost track of the time spent on this little model, many hours I'd guess, but I'm finding it deeply rewarding and very satisfying. 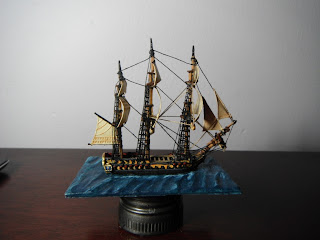 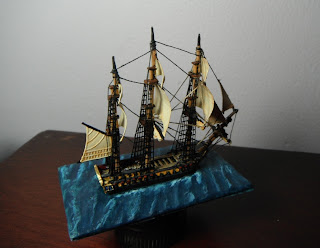 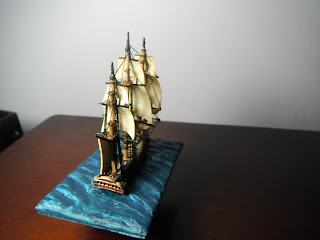 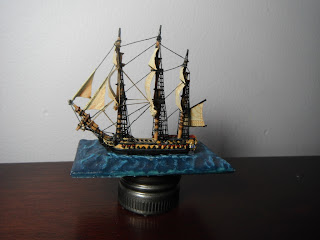 Essex.
I have completed the first 16 figure battalion and am now having a think about how best to base them. It's a busy week on the commission painting front so probably will leave the basing until the weekend now.

Timecast buildings on eBay.
The 6mm Timecast Peninsular painted buildings are currently on sale via eBay should anyone care to take a look. Full details on the auction page. Due to end Thursday 16th of May.
http://www.ebay.co.uk/itm/121110050106?ssPageName=STRK:MESELX:IT&_trksid=p3984.m1555.l2649 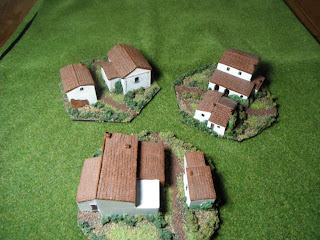 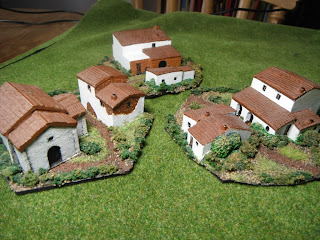