Today I played my first game using my rebased and re organised Baccus 6mm figures on the Commands and Colors game board, the small Rolica first scenario. I am very pleased with the overall look and the set up speed. Although it's only a small game, the scenario does offer challenges for both sides and plays well solo I found. I decided to follow the actual battle by attacking both French flanks in an attempt to gain the two marked Victory Points on the French baseline.

The French flanks appear quite open to attack, being mainly defended by light cavalry, but it was much more difficult than I had thought to advance both the British infantry supported by a battery of horse artillery against the French right, and 3 units of Portuguese infantry supported by a base of light cavalry on the French left. The Portuguese took a bit of a hammering from French attacks and had to fall back, while on the right the British moved steadily along the banks of the fordable river until the French moved reinforcements from the centre across to bolster the defence. French light troops occupied the village hex and their peppering fire proved quite deadly once the British came within range. A charge by Chasseur a Cheval against the leading British base caused it to form square, but the fire from the square caused a 'bounce back' with just the single dice throw, meaning the Chasseurs fell back 1 hex and were unable to reply with their throw. Having a handy 'flank' card enabled the British base to immediately come out of square and fire upon the cavalry causing casualties and further retreat enabling the British line to again advance on the flank.

In the centre the French remained mostly pinned to the ridge, and the fire of the single battery of guns proved quite telling, forcing a British battery to limber up and retire with 1 block loss at 4 hex range. The Portuguese continued to take casualties, although a move and fire by their light infantry did cause loss to a French battalion and forced it to fall back to the rear of the ridge for shelter. I tried to engage the French line in fire combat from the British centre while I pushed the attacks on both flanks, but was forced to bring up some fresh units in support of the weakened Portuguese who fell back to form a line rather than risk giving away easy VP's to French musketry. Again a British square caused French light cavalry to 'bounce back' and again concentrated steady fire from British battalions tore into them, routing them. In fact the Chasseurs on both French flanks were eventually destroyed leaving the position vulnerable. The Portuguese cavalry unit was routed as it attempted to get into position for a charge, but with the Portuguese troops now shaken up and with serious block reduction the attack against the French left faltered.

The action on the French right was bloody and decisive, as British troops supported by fire from the advancing horse artillery battery crossed the river routing a French column and leaving the attached commander (who narrowly survived a casualty throw) no choice but to retire off the board. Next move, the final move, saw light infantry storm the hill that was a VP for the British and win the game  5 VP's to 3.

A fun game that lasted probably an hour and a half playing both sides as evenly as I could, it featured plenty of realistic exchanges as both sides attempted to gain initiative. The collapse on the French Right lost them the game, although in the centre they inflicted steady casualties, with the French battery proving quite effective at fairly long range.

It had been a few weeks since I last played C&CN but I have the rules pretty well committed to memory now, only needing to check out certain key points - one was if it was permissible for British troops coming out of square to fire at full effect on the same order, which it is. I wonder how the game would have turned out had I been more aggressive in the French centre, but overall it was the correct result with the French being outflanked and forced to fall back to a new position.

I took plenty of pics of course, showing both the newly rebased troops and the overall flow of the game. On a practical note the figures worked well on the board, although the command bases are a bit too big to fit comfortably into a hex when attached to a unit, but they can just about do it and I like the look of the three figure command bases and don't want to change them! I used the old markers to mark block loss and they look just about right I think, no need to make them any smaller or they could prove a bit fiddly to pick up and place down.

Historical Background
After landing unopposed at Mondego Bay, Sir Arthur Wellesley led a Portuguese/British army of some 15,000 men south towards Lisbon. Opposing him was General Henri Delaborde, with a force consisting only of some 5000 infantry, 500 cavalry and 5 field pieces. Delaborde resolved to fight a delaying action against Wellesley’s advance while awaiting reinforcements from Generals Junot and Loison.
Delaborde chose his first defensive position in the hills just northwest of the village of Rolica. Wellesley advanced in three columns against the French, ordering the Portuguese troops under Colonel Trant on the right and Fergusson’s column on the left to turn the enemy’s flanks, while the artillery and infantry in his center were to engage the enemy in the front and hold them in position.
The British attack was underway by seven o’clock in the morning on the 17th. Although the French were hotly engaged all morning, Delaborde’s outnumbered force still held onto the hill position. However, by early afternoon, the wary Delaborde could see that his position was being outflanked and quickly moved his forces back to a second defensive position to the south.
The stage is set. The battle lines are drawn and you are in command. Can you change history? 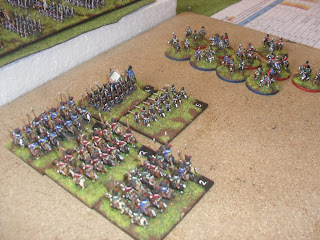 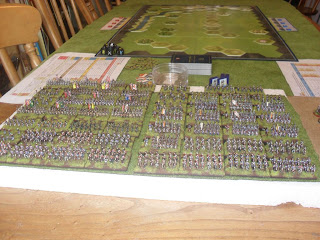 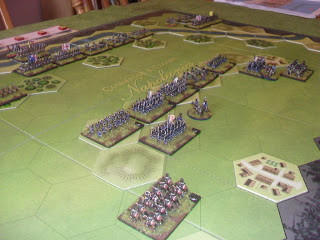 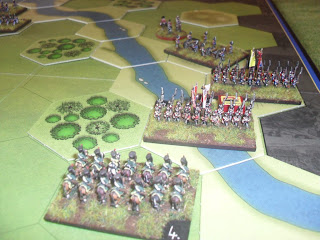 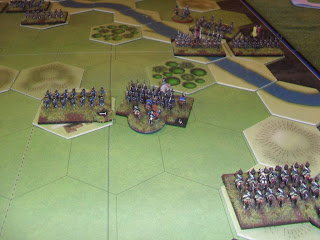 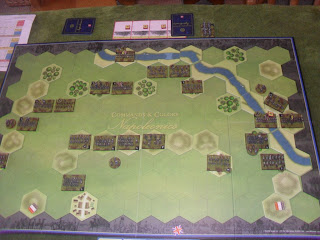 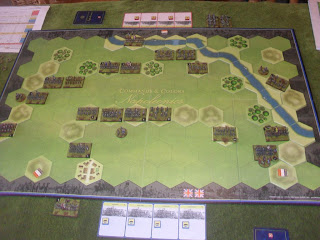 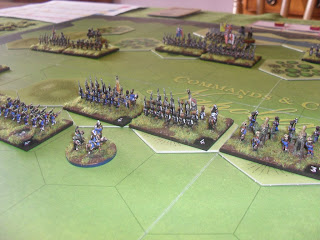 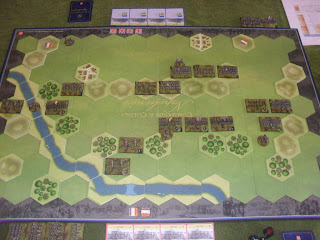 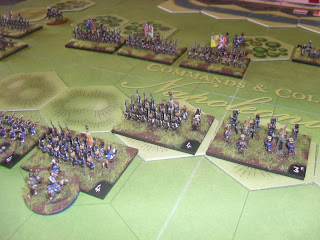