Surely one of the most iconic and colourful units of the Napoleonic wars, these are of course AB figures which are cast wearing the red pelisse as often shown in images of the unit at Austerlitz. I made a mistake in painting the trousers green at first then corrected it to the buff breeches and boots. Only six figures but they have quite a visual impact I think. 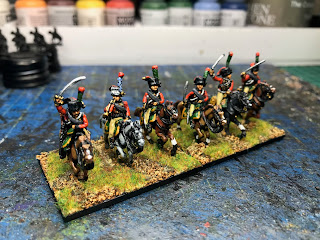 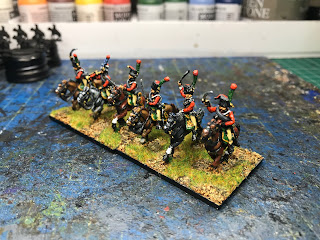 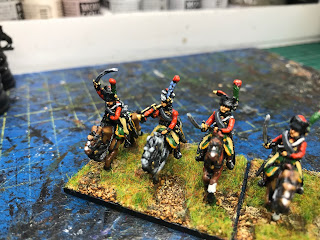 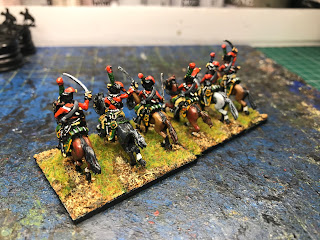 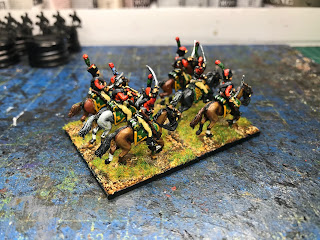 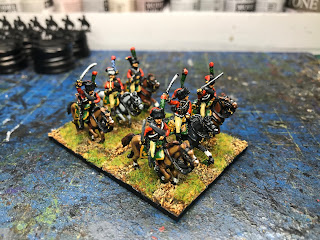 I found this wonderful two minute video featuring a re enacted Chasseur on YouTube. What I like is the accuracy of the uniform and the way the equipment responds to the trotting horse movement, for example the shabraque rides up exposing the black leather holsters as is sometimes depicted on AB cavalry figures.