Well, I crossed the finishing line yesterday with the completion of the last base of French Dragoons. I now have 2 x 12 point DBN armies ready to go but it certainly won't stop there as I still have a ton of Blue Moon figures and have added to them with my first order from Eureka for AB figures as I needed more command figures and BM are out of stock. Clearly being able to buy individual figure codes rather than packs will prove more cost effective for the small numbers of figures per unit required for DBN, so for example my order includes 4 x Carabiniers - I simply could not resist them - three troopers plus an officer, and a rather wonderful hat waving Marshal Ney. I also have on order 3 British 9lb guns and 3 French 8lb guns as I do find the BM guns a bit chunky and you have to buy them in packs of 6 models at £16.00, the AB guns being £2.70 each. What I have decided is that going forward I want to focus on expanding the 18mm Napoleonics into the Waterloo period to include all of those wonderful allies and of course Prussians, this and the 6mm Marlburian project will keep me occupied for many months ahead.

The 40mm's will have to remain as display figures, although I am currently in negotiations with a guy in the US who would like to purchase them, we shall see where this goes, I could just keep them, but they really do deserve to be used on the tabletop and I no longer have the space for the scale sadly.

OK, so here are the 24 bases (elements) for a basic game of DBN. painted mostly a base each day, sometimes two per day for light cavalry, command bases. As mentioned the bases are slightly bigger at 50mm frontage x 35mm deep than official DBN but I could not fit the figures on the smaller bases and I wanted 10 figures per infantry base. Flags will be the next job. Obviously I will continue to add more figures, starting with more infantry, I have a base of Foot Guards to do, but first I want to finish off the two 'baggage' bases that are required for DBN, one will be the French ambulance with attendant surgeons and wounded soldiers, the other a British artillery ammunition wagon with gunners and a mounted officer gathered around. All are BM and very nice little pieces. The buildings you see are by 'Battlescale' and are 10mm scale but seem to work well with 18mm figures? They were painted about 18 months or so ago, I will use them even though they are not very 'Peninsular' looking!

The French Army consists of:
4 bases of line infantry (Ms)
1 base of (line) Grenadiers
1 base of LI (Voltiguers)
3 bases of Light Cavalry (LC)
1 base of Heavy Cavalry (HC)
1 Foot artillery base (FA)
1 command base.

I found the challenge a very useful exercise in self discipline and focus, it certainly helped to get through three weeks of the lockdown period, but more than that it has renewed my enthusiasm for painting 18mm Napoleonics again, and the DBN rules means that I can pick and choose what I want to paint each day without the need to paint large units, something that is really working for me and fits in totally with my new focus on small space wargaming. 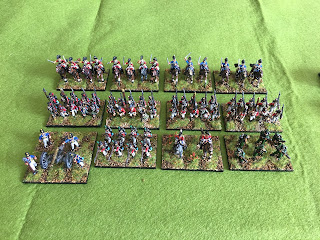 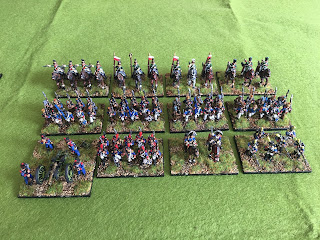 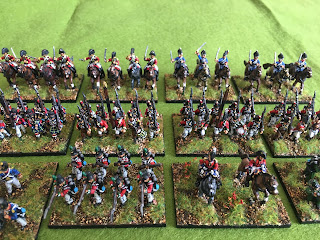 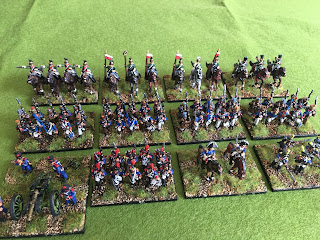 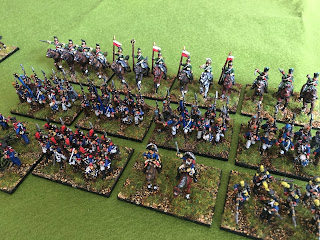 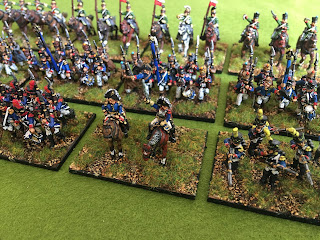 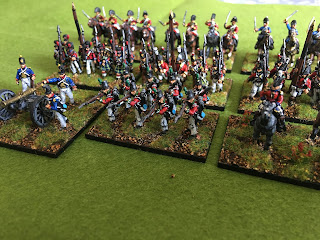 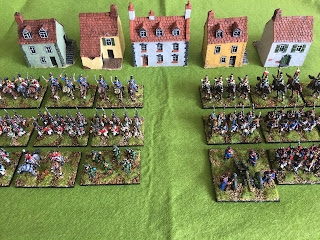 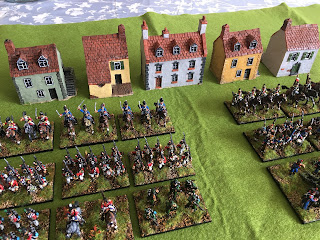 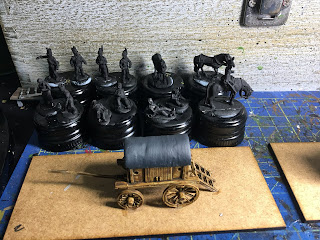 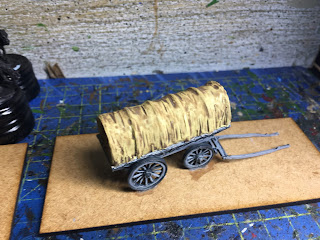