My wife left for a week visiting friends and family back in the Uk last Friday and is due home tomorrow. I have missed her a lot, it's been very quiet but I have managed to spend a fair bit of time painting. Sharon will be bringing back to Spain the next batch of 40mm Sash & Sabre figures as well as a few eBay orders for basing materials such as static grasses and grass tufts etc. The figure order (from Andy at Old Glory) includes:

I also have a goodly quantity of Vallejo paints coming via eBay. I'm running low on the basic shades so took the plunge and put in an order for the Napoleonic box set, the equestrian set, the 'basic' set and the flesh tones set, a total of 64 pots of paint! These have been posted directly to Spain at less cost than I had imagined, and are due between 20th and the 24th September....... fingers crossed.

Since the painted figures arrived in Spain when we were back in Calpe I have added the following, mostly since being settled in my own home with my old familiar things around me:

16 x British Light Dragoons, not decided which regiment as yet, still looking for a suitable flag, probably via GMB designs. Meantime the standard bearer appears to be making a rude gesture towards the French 2nd Hussars!

Very pleasing total. The 92nd still await their mounted commander, who will be wearing the feathered bonnet.

Once the bases are fully coloured, grassed and highlighted the rocks and stones will be far less noticeable.

I also still have a unit of line Chassuer a Cheval in the draw to paint also. 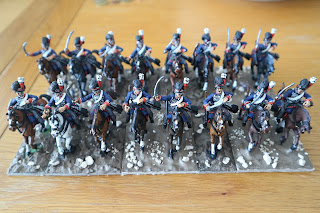 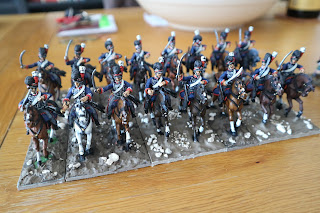 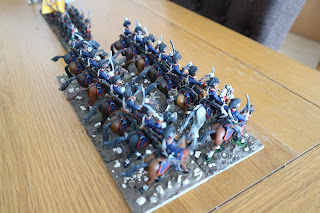 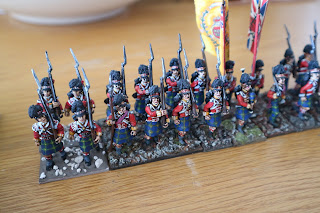 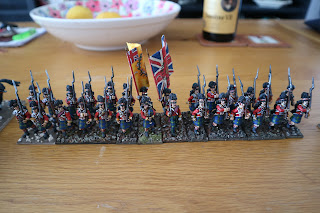 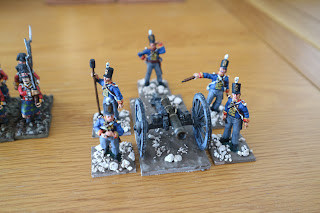 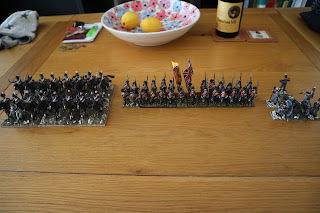 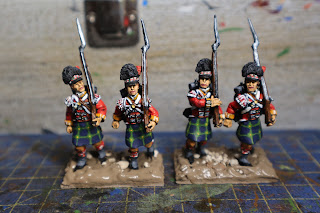