I continue to build terrain items for Flames of War, Normandy campaign. Being free of hexes for the first time in several years has reminded me of how much I enjoy doing this again! I'm trying to create an integrated system of roads, fields, hedgerows etc, and I want to keep everything as tonally matching as I can. Set up a few test shots to see how things look, I'm pleased with it so far I must say. One thing I do mean to do is to ask Tony Barr at ERM if he can cut me some 3mm curved hedge bases to follow the curves of the road sections so that I can make up more sections, not sure how this can be done without wasting material, but if anyone Tony can:)

The photos are taken on my felt cloth that covers my painting table, the actual cloth I have for games is much better quality with a more varied shade of greens and browns. Sunday morning I plan to set up a small game of 3 platoons per side  to have a run through with tanks, infantry and anti tank guns on the board. As a side note I recently put the rules to a little test by facing off a single Tiger 1E against four Sherman V's as per the 'Fury' scene, and sure enough all four were destroyed before they could hurt the Tiger, even side shots bounced! Ok so I know they never stood a chance, but it's fun, especially those 3up firepower rolls ..... Boom. No wonder the Brits called them 'Ronson's' ('Always light first time'!). Only yesterday I was listening to a British Sherman commander describing how a Tiger's 88mm AP shot came straight through his frontal armour and passed between his legs before entering the engine compartment.... lucky man, he was unharmed and the crew bailed out on his command.

The pics, the German vehicle is a Jagdpanther tank destroyer with it's extremely low profile and thick sloping armour. 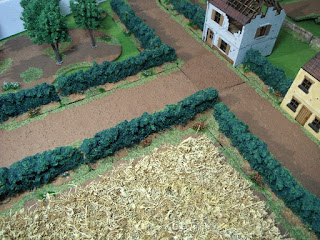 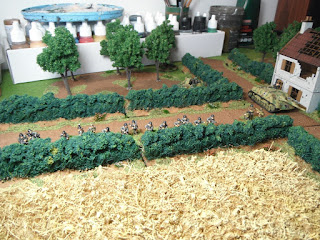 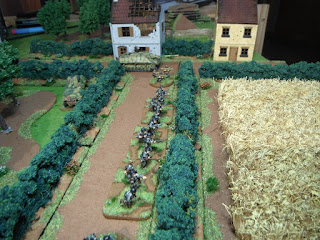 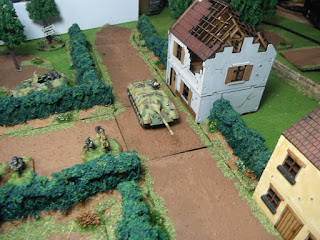 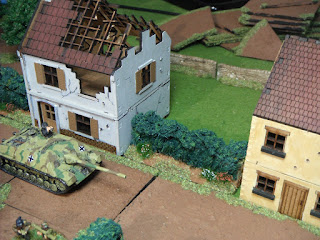 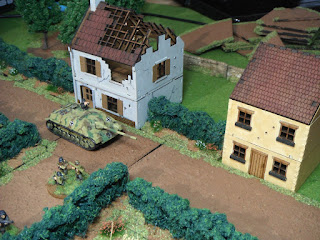 And finally, the first six 'Bolt Action' figures are finished. These represent about the only figure painting I have done for many weeks now, just lacked motivation, but hopefully that will change. They represent a small squad of three riflemen, an NCO with SMG and an MG42 team redeploying. The next six are undercoated and waiting for me to get my mojo back 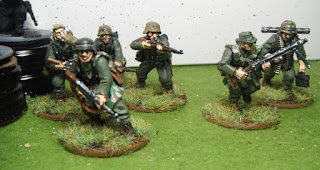